How to Draw a Siamese Cat 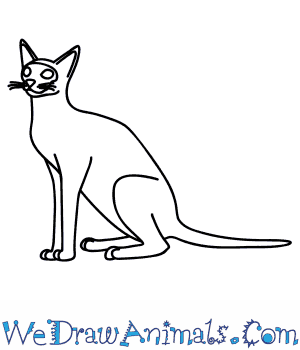 In this quick tutorial you'll learn how to draw a Siamese Cat in 9 easy steps - great for kids and novice artists.

At the bottom you can read some interesting facts about the Siamese Cat.

How to Draw a Siamese Cat - Step-by-Step Tutorial 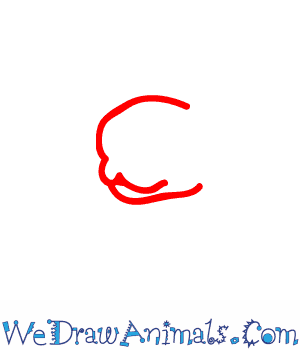 Step 1: To draw a Siamese cat, start with a curved dome for the top of the head. This dome should connect to a curved line to make the bottom half of the head, curving down to a chin before slanting back. Make two looping curves just above the chin to make the cat's cheeks. 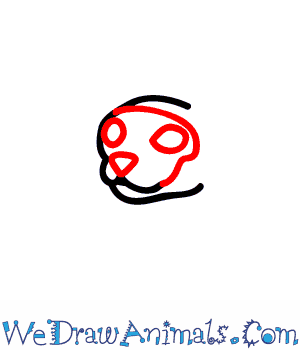 Step 2: Now draw the face by making a smaller dome within the first that you've drawn. It should connect to a small line that connects to the cheek on the right side. A triangle should be connected to the looping cheek-lines you drew to make the nose, and two circles can make the eyes. 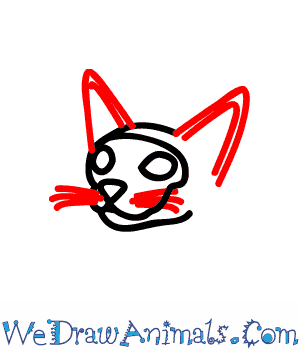 Step 3: Next draw some triangles for the ears! Make two triangles on either side, one inside of the other, to imply their depth. Make lines on the cheeks to draw whiskers! 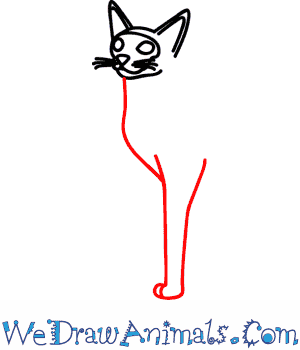 Step 4: For the chest and front leg, a curving line comes down from the chin. Then draw a long thin sock shape just behind the chest. IT should start wider at the top, then end extremely thin at the bottom. Put one loop on the foot to imply separate toes. 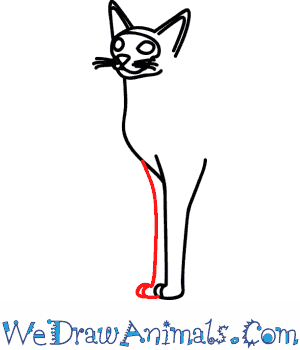 Step 5: Make another line in front of the leg you've just draw, that looks almost identical to the front line you've drawn. It should end in a foot with a look to imply more toes, yet again. 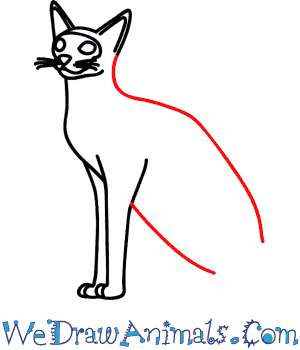 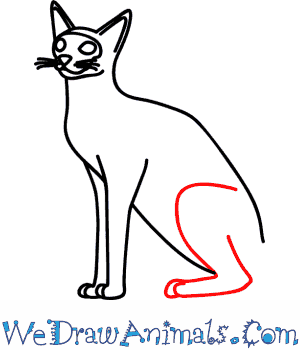 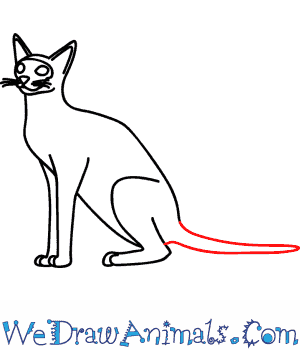 Step 8: Draw the tail, connecting the back leg to the back of the cat. The tail should be two long lines, connected at the end with a curve. 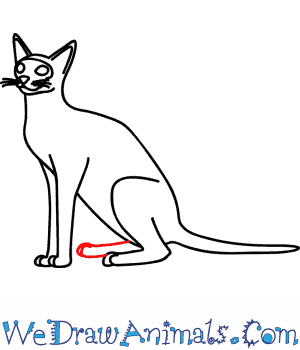 Step 9: Draw the last foot by making two lines that go forward, just above the first back foot. Put a loop at the end to make another toe.

Siamese cats have been around for centuries. They originated from Thailand, formally called Siam. They were introduced to western countries in the late 19th century.

As pets, Siamese are very loving and enjoy the company of their owners. They like to cuddle and sleep in the same bed as you. They are very social and do not like to be left alone for long periods of time. Siamese cats purr very loudly to demand attention or when they want to have their way. The sound of their purr has been compared to a crying baby. 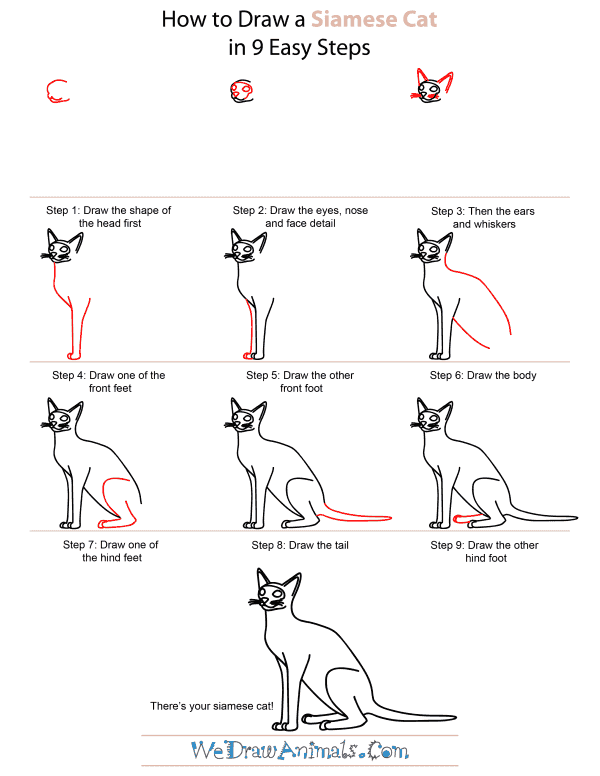 How To Draw A Siamese Cat – Step-by-Step Tutorial