How to Draw a Spider Monkey 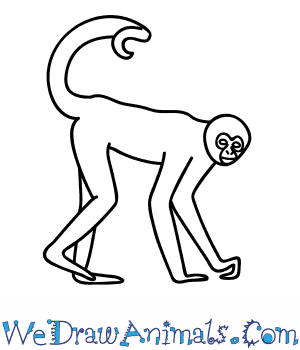 In this quick tutorial you'll learn how to draw a Spider Monkey in 8 easy steps - great for kids and novice artists.

At the bottom you can read some interesting facts about the Spider Monkey.

How to Draw a Spider Monkey - Step-by-Step Tutorial 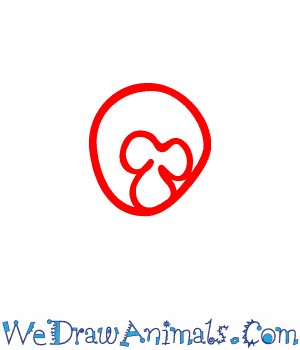 Step 1: Draw an oval for the head. Then put three nearly connected small circles near the bottom right of the oval, that connect in their centers to make the outline of the face. 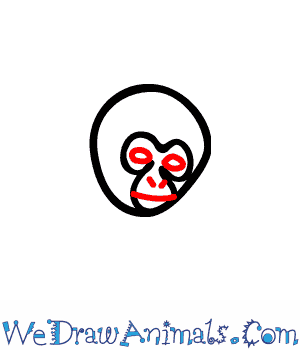 Step 2: Now draw two circles within the top circles, to make eyes. Draw two small lines in the bottom circle to make nostrils, and a horizontal line to make the mouth and lips. 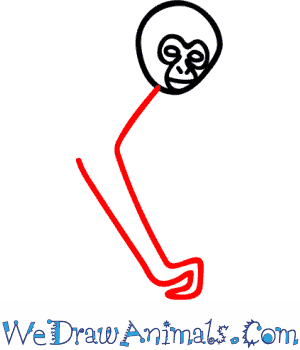 Step 3: Now draw the first arm by making a slanting line that goes down and to the left, before curving forward. The hand can be a simple hook, implying a complicated hand. The arm should slant back up towards the body, up and to the left. 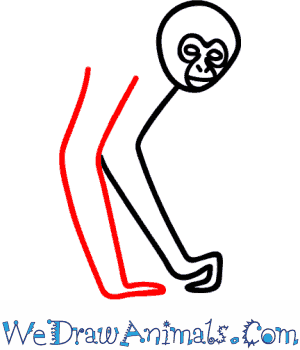 Step 4: Draw another arm just behind the one you've already made. Slanting lines should go back and to the left at first, before turning at an elbow towards the front. A flat hand is fine at the bottom. 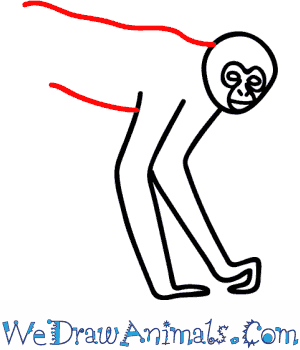 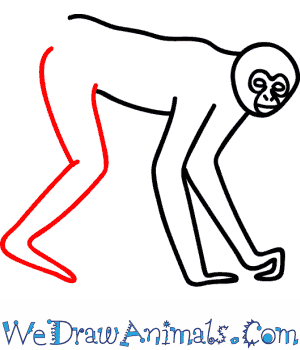 Step 6: The back leg is draw with two lines, one starting at the back of the belly, and the other just below the end of the back. They should curve down and slightly forward at first, before bending back at a knee. The foot can be drawn with a rudimentary flat pointed shape, to imply a more complicated foot. 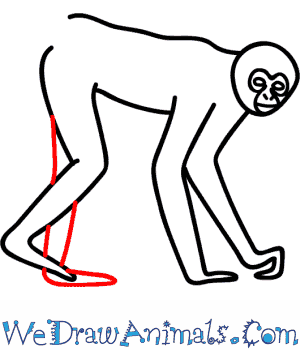 Step 7: Draw two vertical lines that is just behind the leg you've drawn, right next to each other. The last foot can be another flat pointed shape. 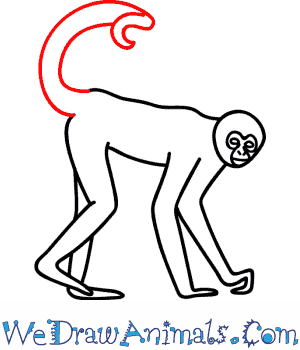 Step 8: Now make the tail, with a hook that goes up and towards the front. Make another hook at the end of the tail to imply that it is waving around and there you have it, you now have a Spidermonkey!

Spider monkeys are primates live in the tropical rainforests of Central and South America. Monkeys that live in these regions are called New World monkeys. Spider monkeys can also be found in Mexico. 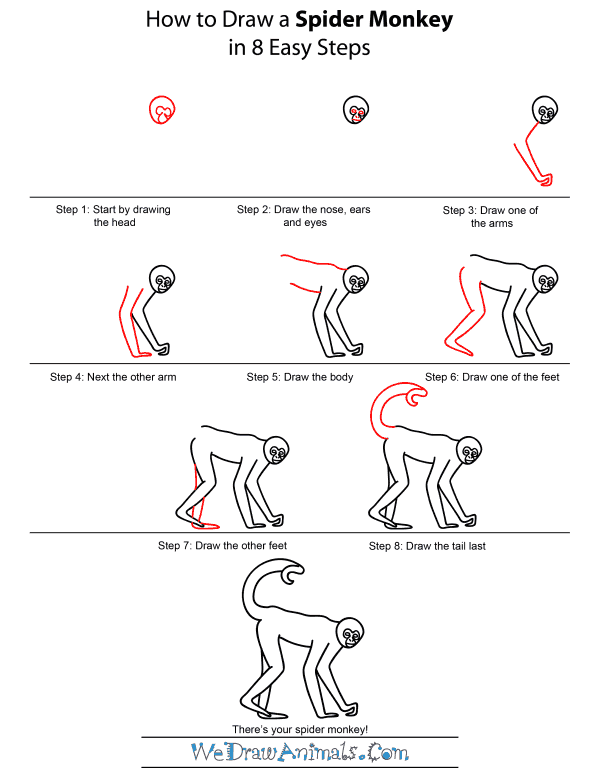 How To Draw A Spider Monkey – Step-by-Step Tutorial