How to Draw a Silver Shark 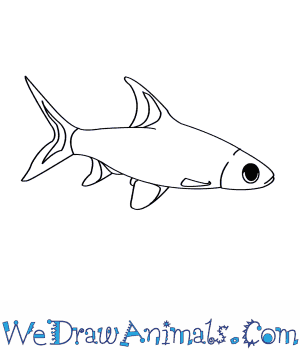 In this quick tutorial you'll learn how to draw a Silver Shark in 7 easy steps - great for kids and novice artists.

At the bottom you can read some interesting facts about the Silver Shark.

How to Draw a Silver Shark - Step-by-Step Tutorial 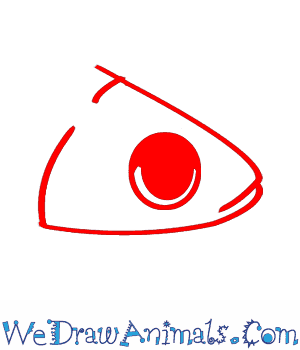 Step 1: First, draw the head and the eye. Make the outline of the head, a line for the mouth, and a large filled in circle for the eye 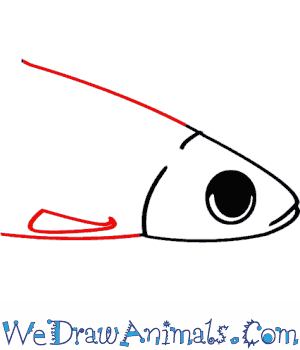 Step 2: Draw the fin and the body. Make two lines on each side coming from the head. Draw a small fin above the bottom line 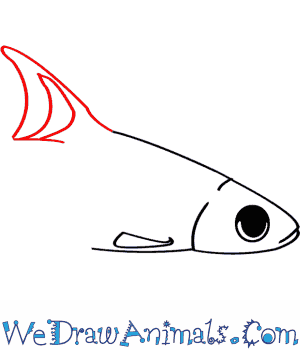 Step 3: Draw the top fin in a triangular shape. Draw a smaller fin inside it to make the design 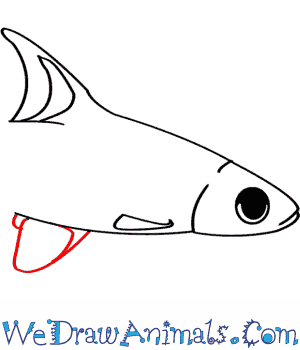 Step 4: Draw the side fin underneath the body with some lines on the sides for detail 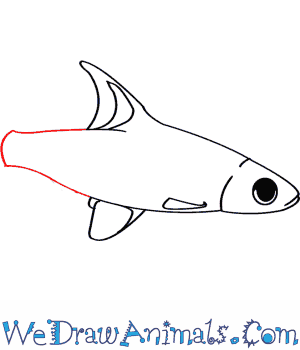 Step 5: Draw the back part of the body behind the fins 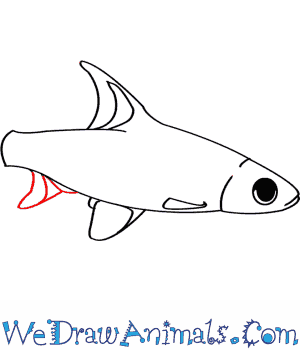 Step 6: Draw another fin underneath the body in a trianguar shape. Draw some lines inside of it to make spines 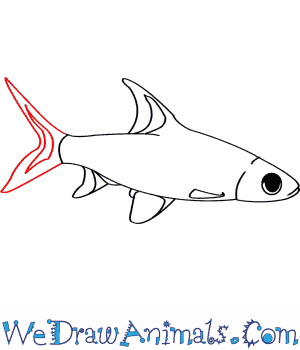 Step 7: To finish, draw the tail. The tail has two points. Draw another tail inside the tail to make the pattern

Silver Sharks aren’t sharks at all; they are more like a minnow. They got the name because of their silver scales and tall fins. Silver Sharks grow to be about 13 inches long. They live in freshwater lakes and rivers on Southeast Asian islands. People like to keep these fish as pets, but they do get really big and can be hard to keep in a tank. A Silver Shark will live 8 to 10 years. In nature, Silver Sharks eat plankton, bugs, and insect larvae. Most pet experts disagree with letting Silver Sharks mate in tanks, because they get so big.

Activity: Pet fish are great starter pets because they don’t demand a lot attention and they can teach children responsibility. 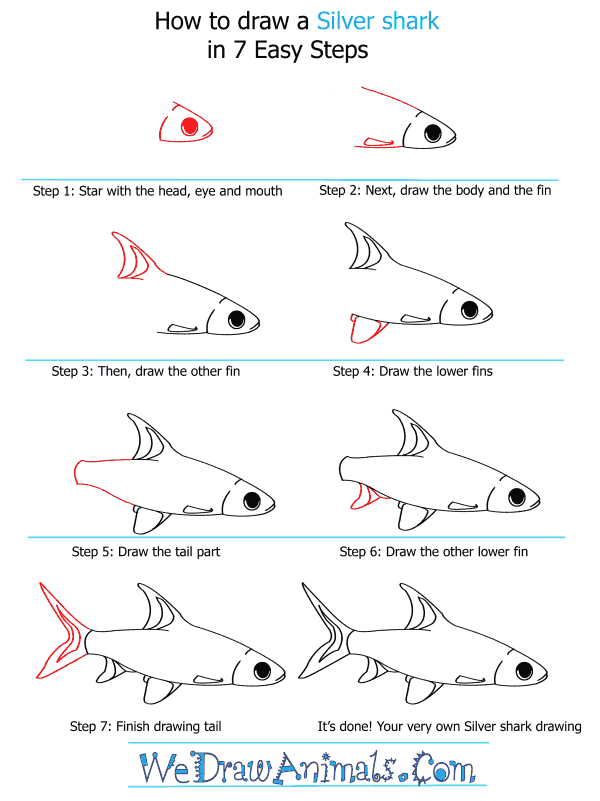 How to Draw a Silver Shark – Step-by-Step Tutorial