How to Draw a Smoothhound 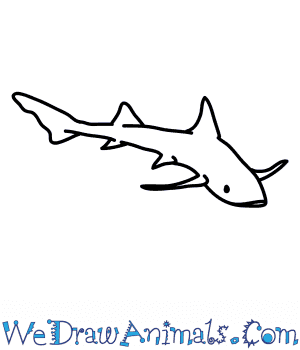 In this quick tutorial you'll learn how to draw a Smoothhound in 7 easy steps - great for kids and novice artists.

At the bottom you can read some interesting facts about the Smoothhound.

How to Draw a Smoothhound - Step-by-Step Tutorial 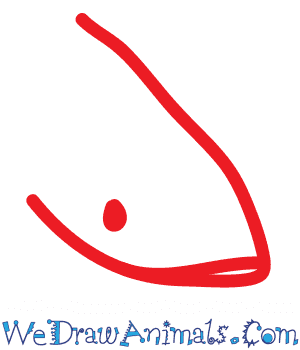 Step 1: Draw the head, an opened ended potato shape with an eye and line for its mouth 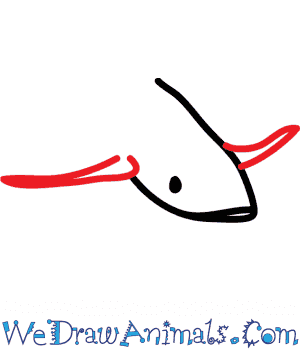 Step 2: Add a thin fin to both sides of the head 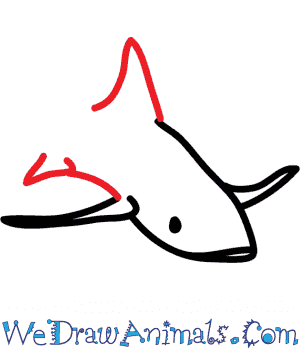 Step 3: Continue the body by drawing a fin on the top and bottom (both triangles) 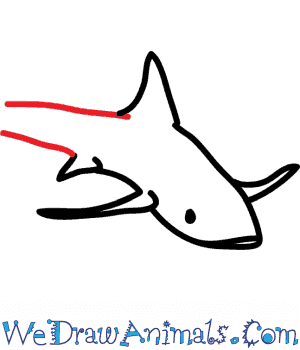 Step 4: Use two more lines to extend the body further 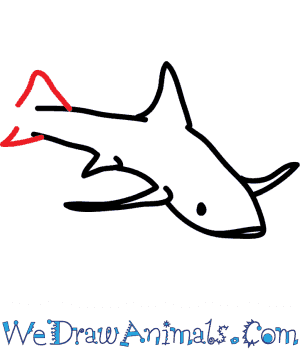 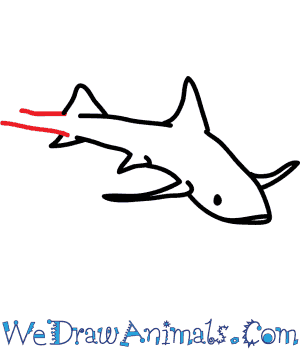 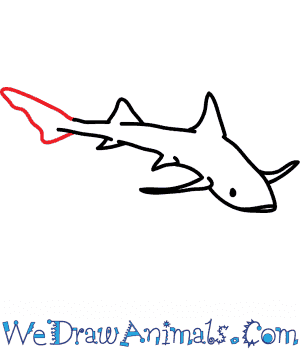 Step 7: Finally, draw the tail fin with a slightly scalloped edge toward the back

Interesting Facts about the Smoothhound

Despite its name, the smooth hound is definitely not a kind of dog. It is a shark that can grow up to two hundred centimeters in length. They get their nickname, however, from the fact that they seem to travel most often in pacts, like dogs are known to do. They are vulnerable to becoming endangered in their preferred habitats. These areas include the eastern Atlantic Ocean and the Mediterranean Sea. Usually they can be seen swimming near the surface of water, between five and fifty meters below where water meets the air, but they have been reported swimming down as far as 650 meters in depth. The smooth hound is considered a relatively large species of shark, as they can grow up to a maximum length of two hundred centimeters. More commonly, however, they tend to only grow up to 120 centimeters, with their birth length being around thirty-five centimeters. Their backs are grey or brown in color and their underbellies are white. This is a common trait of many shark species, which is why the smooth hound will so often be mistaken for another species of shark.

This shark is considered vital to the operations of many European fisheries. The smooth hound has been used for food, for oil and fishmeal, as well as for sport fishing. Because they can have such large litters, their population doesn’t seem to be too adversely affected by this. They are also popular for aquatic enthusiasts to keep in large aquaria. 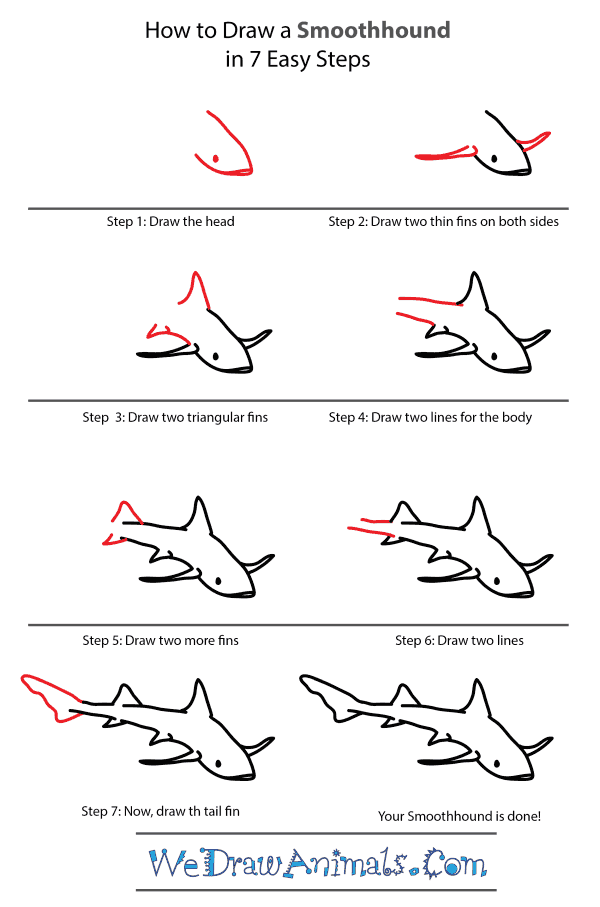 How to Draw a Smoothhound – Step-by-Step Tutorial