How to Draw a Sockeye Salmon 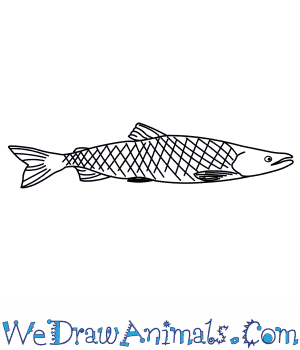 In this quick tutorial you'll learn how to draw a Sockeye Salmon in 7 easy steps - great for kids and novice artists.

At the bottom you can read some interesting facts about the Sockeye Salmon.

How to Draw a Sockeye Salmon - Step-by-Step Tutorial 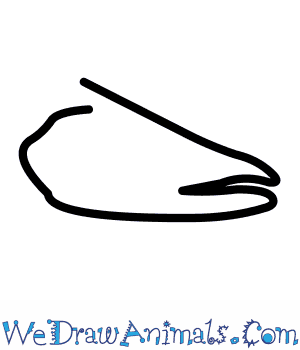 Step 1: Let's draw a Sock-eye Salmon! Start by drawing a rounded cone shape for the head. Make sure to leave a small 'v' shape for the mouth. 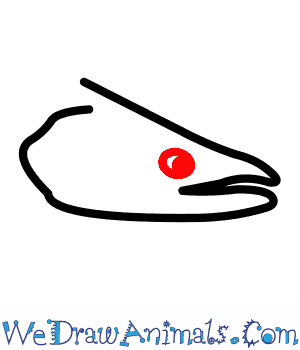 Step 2: Now, add a small circle for the eye. Draw another smaller circle inside and color it black. 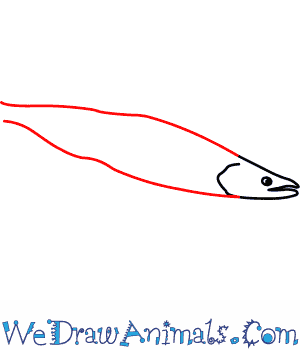 Step 3: Next, add two curvy lines at the top and bottom for the body. These fish can grow up to be 24 inches and weigh up to 6 lbs. 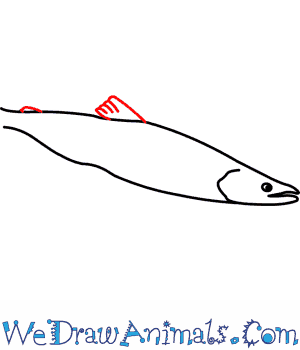 Step 4: Add a small fin at the top by drawing a triangle shape with some small lines inside for detail. Make a smaller fin behind this one. 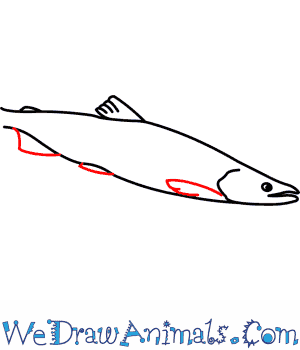 Step 5: Now add some lower fins by drawing two oval shapes and another small triangle in the back. The Sockeye Salmon live in the ocean until mating season, then swim up lakes and streams to mate. 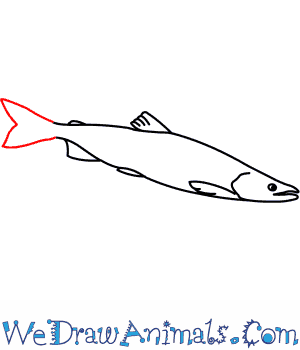 Step 6: For the tail, draw two lines going outward that meet in the middle with another 'v' shape. 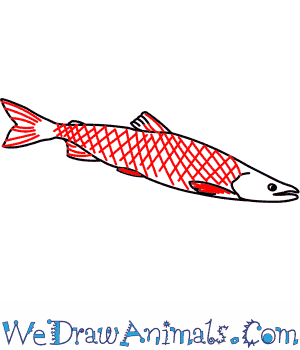 Step 7: Now, add the scale pattern by drawing a cross hatch throughout the body. First, draw many lines going down at an angle, and then a lot of lines going the opposite way. Then, add very tight lines inside the bottom fins. Color the Sockeye Salmon gray.

Sockeye Salmon a Pacific based fish that go to Alaska to spawn. They grow to about 24 inches and weigh 6 lbs. They live in the northern parts of North America as well as Japan and Siberia. They eat small creatures in the oceans like plankton, smaller fish, and small crustaceans. The Sockeye Salmon is the 3rd most common species of Salmon. That is after Pink Salmon and Chum Salmon. Not all Sockeyes migrate during mating season. Some salmon live in fresh water streams and never leave for the ocean. The lifespan of a Sockeye Salmon is about 5 years. During those 5 years a Sockeye Salmon will only mate once before it dies.

Activity: Draw a Sockeye Salmon coloring page. Distribute it to each child and let them color it as they wish. When the class has finished write the name of the child on the fish’s belly. Post up the names on a stream themed bulletin board. 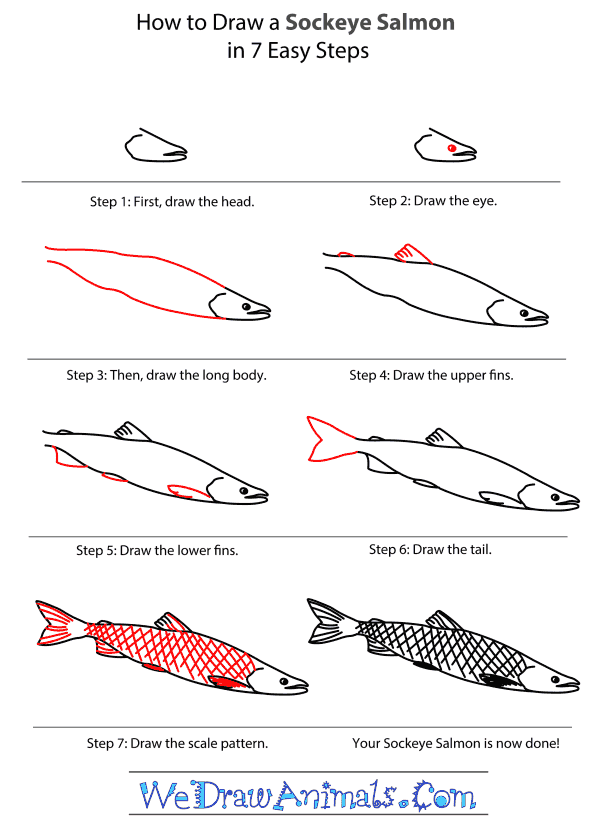 How to Draw a Sockeye Salmon – Step-By-Step Tutorial