How to Draw a Tuatara 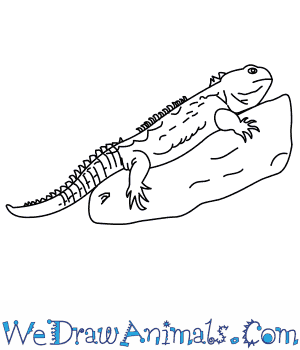 In this quick tutorial you'll learn how to draw a Tuatara in 9 easy steps - great for kids and novice artists.

At the bottom you can read some interesting facts about the Tuatara.

How to Draw a Tuatara - Step-by-Step Tutorial 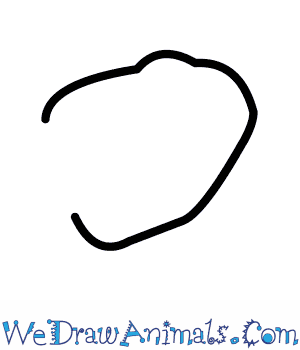 Step 1: Start your Tuatara by drawing the head, which a round circular shape, and leave a space open on the left. 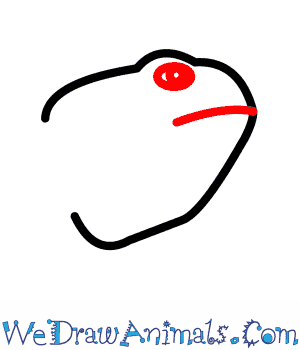 Step 2: Next, add an eye by drawing two small circles and a mouth by adding a small line. These lizards have special eyes that can see in both light and dark. They also do not have external ears, but can still hear. 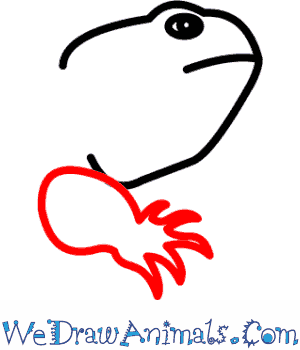 Step 3: To draw the first claw, make an oval, but draw a few sharp points for the claws on the end. 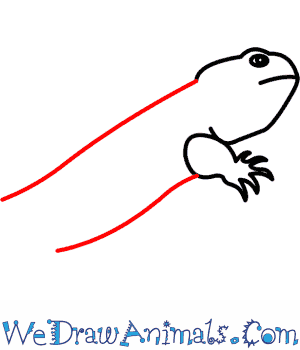 Step 4: Draw two long lines from the back of the head and the leg to make the body. 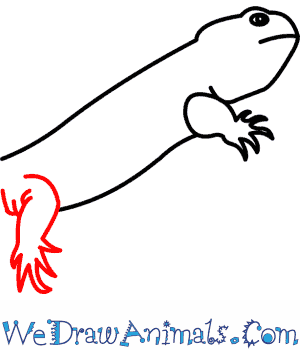 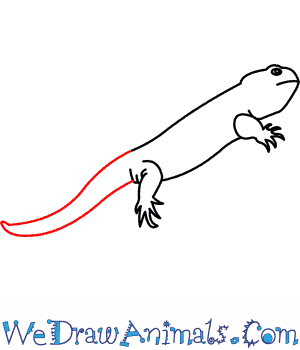 Step 6: Now, add two curvy lines that meet at a point to draw the tail. 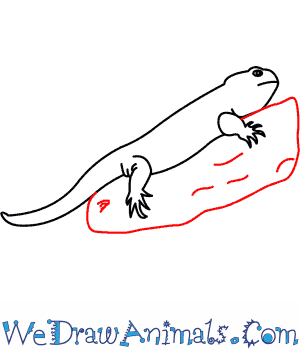 Step 7: Add a large rock under the Tuatara by making a rounded rectangle and a few lines inside for detail. 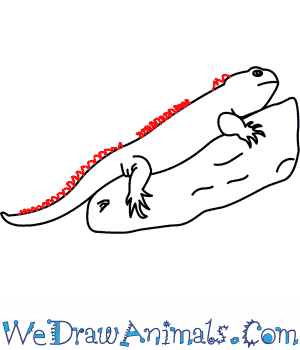 Step 8: Draw a lot of upside down triangles along the back to make the scales. This is a small crest that runs all the way down their back. 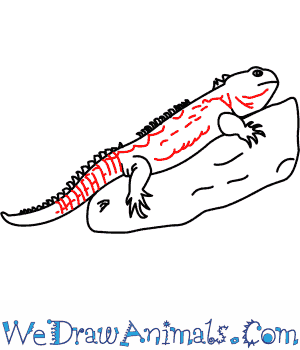 Step 9: Now add a few straight lines in the tail and a few curved lines in the body for the pattern. You can use grey, green, dark red for the color of the Tuatara.

Tuataras are reptiles they live in New Zealand and like live on cliff sides. A Tuatara can be grey, green, dark red. They are thought to be closer related to snakes, than lizards. They measure to about 40-60 centimeters and weighs about 2lbs. Males have a crest that run all the way down their back. Females have it to, but it isn’t as noticeable. Tuataras lay eggs every 4 years. They eat bird eggs, earthworms, frogs, and lizards. Tuataras like to hunt after dark they like mild to warm weather. They are most active when the temperature is between 61-70 degrees Fahrenheit.

Activity: Make some coloring pages with a Tuatara drawing. Set out the art supplies and let the students color it as they wish. When they are finished, then wad up some tissue paper and use glue to create a raised crest along the Tuatara’s back. 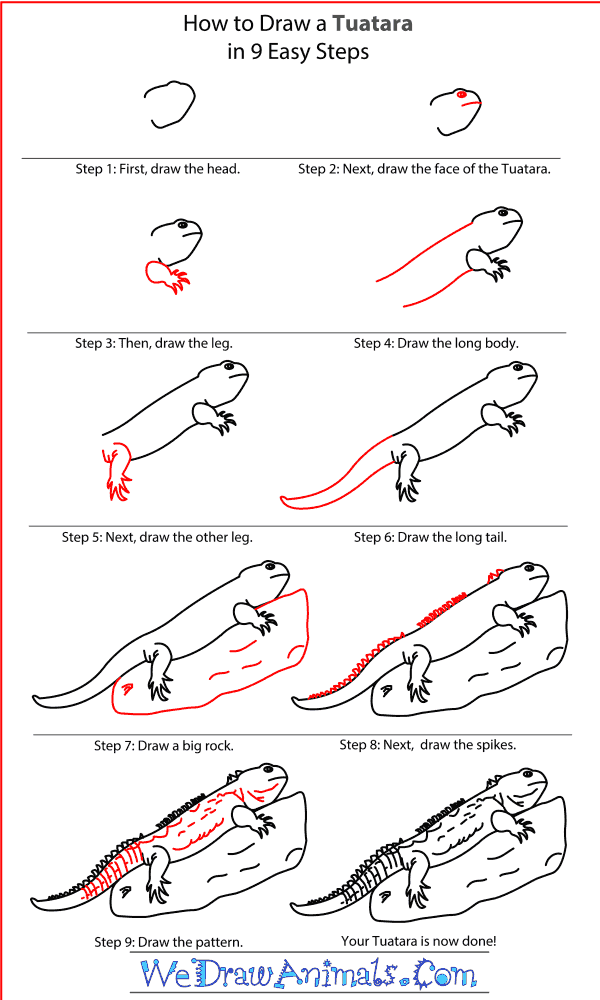 How to Draw a Tuatara – Step-By-Step Tutorial