How to Draw a Soldier Beetle 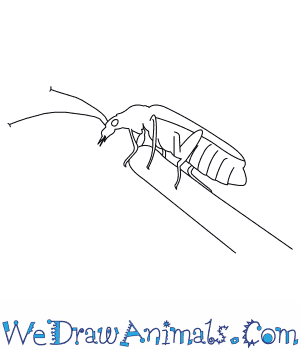 In this quick tutorial you'll learn how to draw a Soldier Beetle in 7 easy steps - great for kids and novice artists.

At the bottom you can read some interesting facts about the Soldier Beetle.

How to Draw a Soldier Beetle - Step-by-Step Tutorial 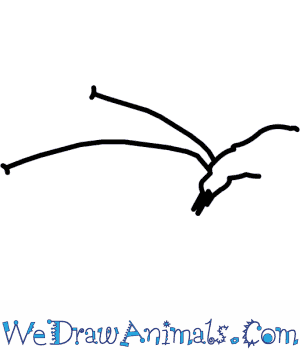 Step 1: The soldier beetle's face looks like a curved finger with a black fingernail at the tip. Add two long skinny Ts for antenna. 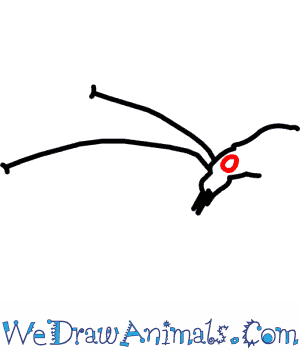 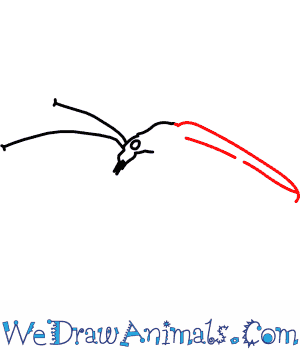 Step 3: Next, draw the wing. It is a long skinny oval with a tiny break in one line, and a little curve at the tip. 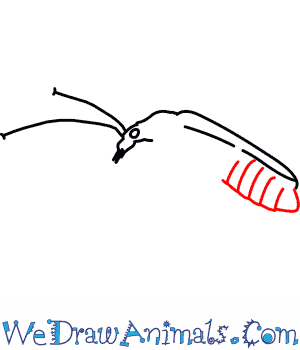 Step 4: Now, draw the body. Start from the bottom and work your way to the middle of your beetle. Add line details to make it look more real. 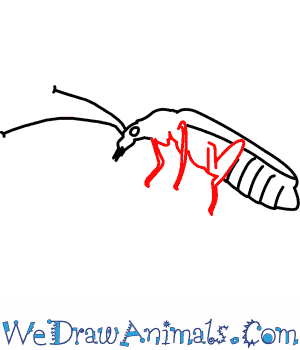 Step 5: Then add the legs. The first two lines are fairly straight, and the back leg is bent. 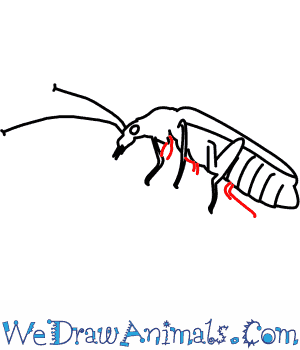 Step 6: The legs on the other side are similar. 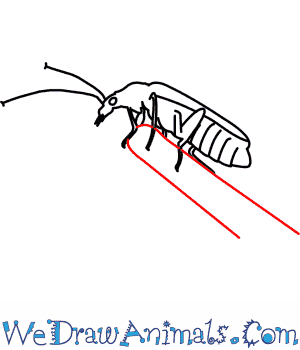 Step 7: Draw a branch for your soldier beetle to sit on and you're done! They are called soldier beetles because they can have a pattern on their backs that looks like the British redcoat military uniform!

Interesting Facts about the Soldier Beetle

Soldier Beetles received their name because of their bright color pattern that are reminiscent of British soldier uniforms. They are found all across the United States, Canada, and a few areas of Mexico they’re an accidentally invasive species finding their way across borders as larvae or adults. Soldier Beetles are soft bodied and resemble lightning bugs but have no light-producing organs. They have indentations in each body segment that gives them rippled appearance along their slender worm like bodies.

Lesson plan note: Solider Beetles are beneficial to gardens, eating pest insects. Have students ask their parents to plant flowers like goldenrods and hydrangeas to see if they can attract Soldier Beetles to their areas. Then have them write what kind of impact they had on pest insects at home. 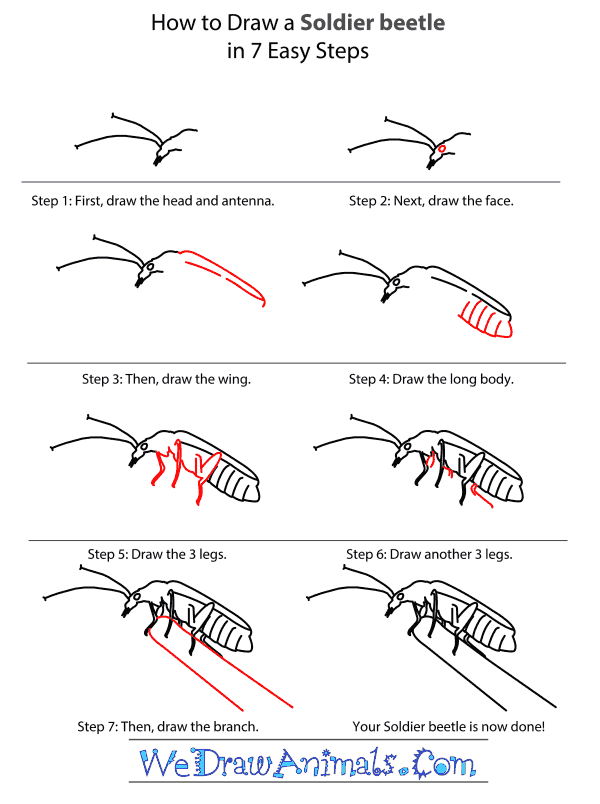 How to Draw a Soldier Beetle – Step-by-Step Tutorial