How to Draw a Spotted Owl 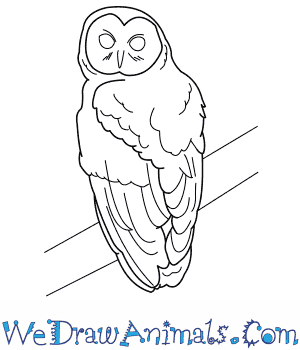 In this quick tutorial you'll learn how to draw a Spotted Owl in 8 easy steps - great for kids and novice artists.

At the bottom you can read some interesting facts about the Spotted Owl.

How to Draw a Spotted Owl - Step-by-Step Tutorial 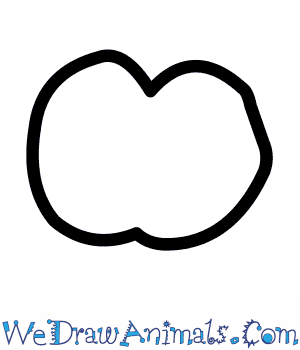 Step 1: First, let us draw the apple shaped head of the Spotted Owl. Draw two small, C-shaped curves facing each other as shown. 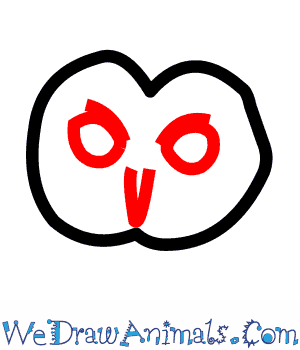 Step 2: Draw two slanting ovals for the eyes of the Spotted Owl. Draw two small eyebrows above the eyes. Then, draw a narrow V-shaped line for the beak of the bird. 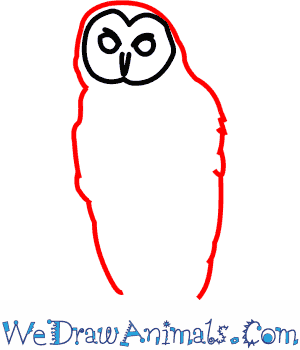 Step 3: Draw the outline of the Spotted Owl's head and body using a wavy line as shown in the image. Make the body conical in shape and wider in the middle than at the head and tail. 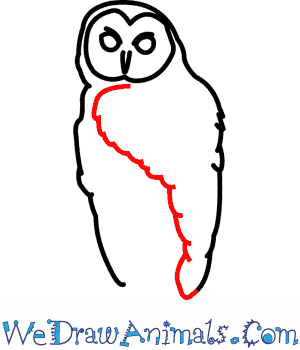 Step 4: For the right wing, draw a wavy line diagonally across the body of the bird as shown in the image. 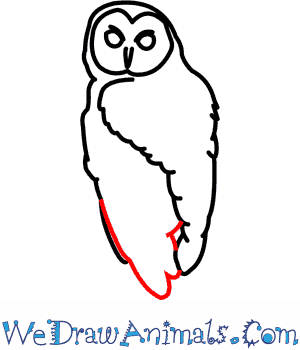 Step 5: Use a wavy line to draw the outline of the Spotted Owl's left wing. Follow the same tapering shape as the right wing and make the end of the wing a little more rounded. 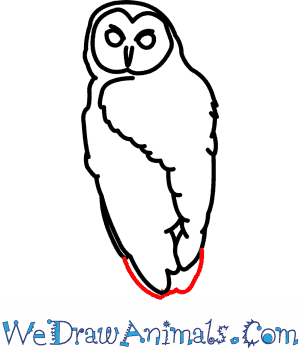 Step 6: Draw a rounded W-shaped line for the tail of the Spotted Owl. 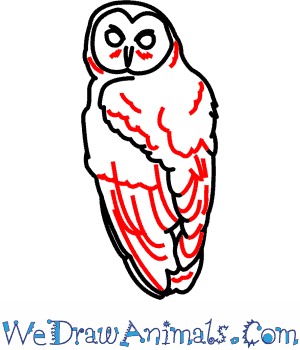 Step 7: Draw small curved lines on the face, neck, and along the wings of the Spotted Owl to show its feather patterns. 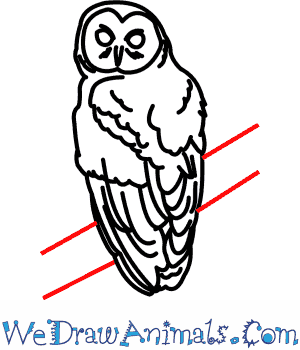 Step 8: To make it look like the Spotted Owl is sitting on a tree branch, draw two slanting lines on either side of the bird's body. Once you finish your drawing, you can start to color in the Spotted Owl.

The Spotted Owl is a type of owl that lives in the old growth forests of western North America. When fully grown, this bird is typically a little over forty centimeters long, weighs about six hundred grams, and has a wingspan of over one hundred and ten centimeters. It is brownish grey in color, with pale cross-shaped markings on its chest and streaks down its underside.

Suburban sprawl, logging and the aggression from barred owls are contributing to a dangerous situation for the Spotted Owl. Scientists and conservationists are worried the California sub-species of the Spotted Owl might become extinct if measures aren’t taken to protect it.

How to Draw a Spotted Owl – Step-by-Step Tutorial