How to Draw a Sumatran Orangutan 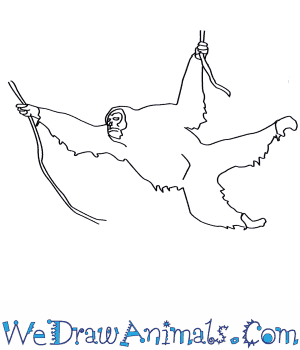 In this quick tutorial you'll learn how to draw a Sumatran Orangutan in 7 easy steps - great for kids and novice artists.

At the bottom you can read some interesting facts about the Sumatran Orangutan.

How to Draw a Sumatran Orangutan - Step-by-Step Tutorial 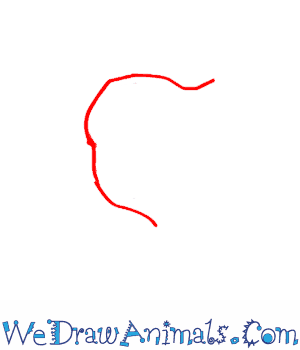 Step 1: Let's start with the head. Draw a line that curves downwards. 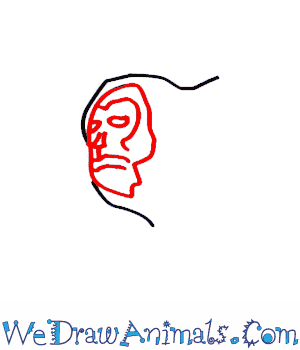 Step 2: Now let's detail the face. Draw the eyes, the nose, the mouth and a line that contours the orangutan's features. 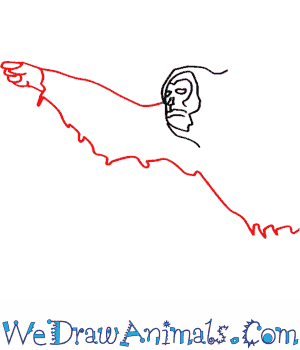 Step 3: Draw the right arm and a part of the body. Draw a hand that looks like yours, and make small wedges with the line for the oragutan's long red hair! 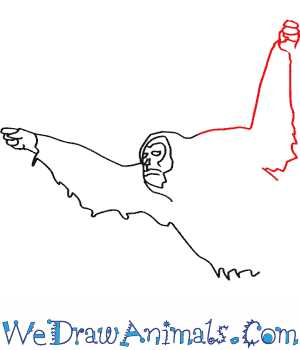 Step 4: Now draw his other arm and hand going upwards, and again with the wedging line for his hair. 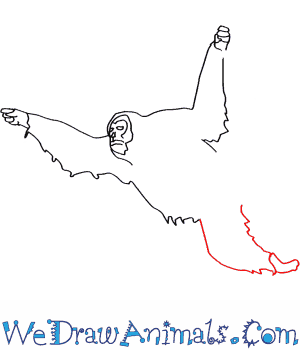 Step 5: We're getting there! Draw his right leg by making the line slide to the right. Then make a moon shape for his foot. 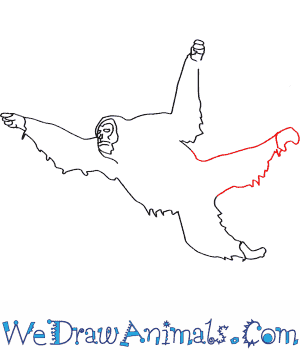 Step 6: Draw the other leg and moon shaped foot. Oragutans are great climbers, and have feet that look like hands to grip the branches! 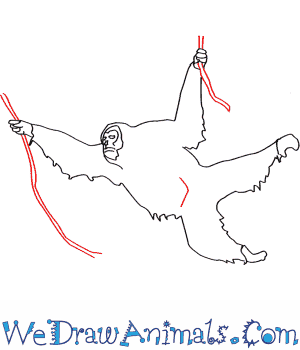 Step 7: Almost done - all you need to do is draw two thin vines that run in between his hands, and a small curved line for his stomach.

Sumatran Orangutans are only found in the tropical forests of Sumatran, Indonesia. They have long arms and legs that they use to swing between tall trees. Their feet and hands are very much like a human’s, but both hands and feet are able to grab hold of branches. Their bodies are covered in shaggy red orange hair. They eat bugs, leaves, and fruit. A male Sumatran Orangutan will grow to 4 feet tall! And females are smaller, but still reach 3 feet tall! That’s the size of a small child!

Lesson Plan Note: Since Sumatran Orangutans are found on Sumatran, a great study would be this unique island and the plants and animals that are found it. 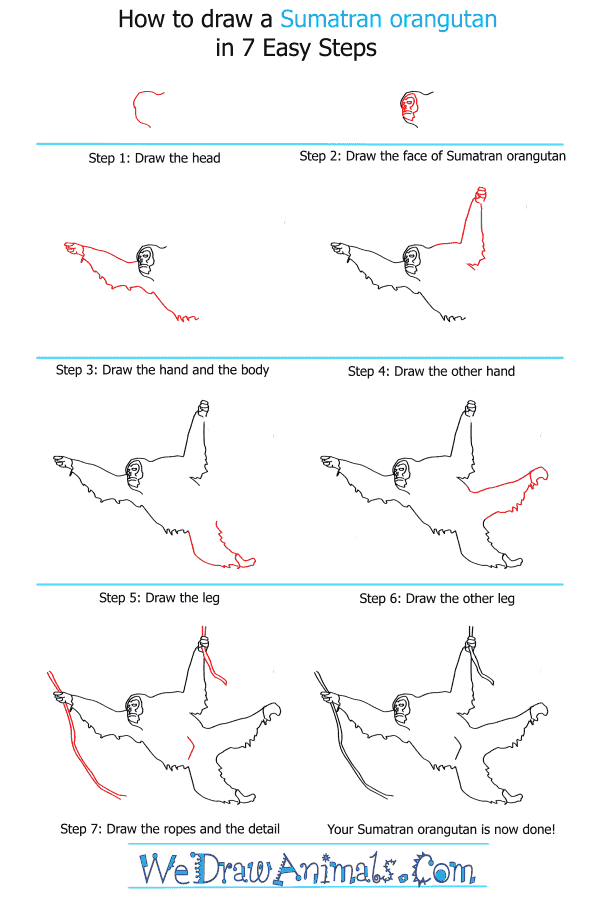 How to Draw a Sumatran Orangutan – Step-by-Step Tutorial