How to Draw a Tarpon 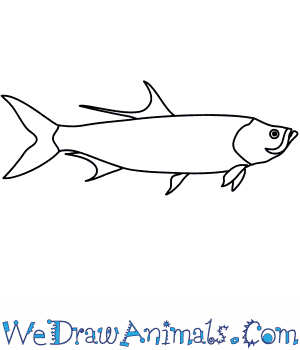 In this quick tutorial you'll learn how to draw a Tarpon in 6 easy steps - great for kids and novice artists.

At the bottom you can read some interesting facts about the Tarpon.

How to Draw a Tarpon - Step-by-Step Tutorial 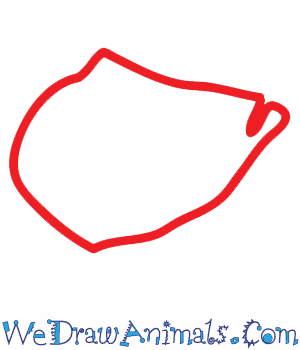 Step 1: The first step in drawing a Tarpon is to draw its head. To draw the head draw a semicircle connected with a straight line. 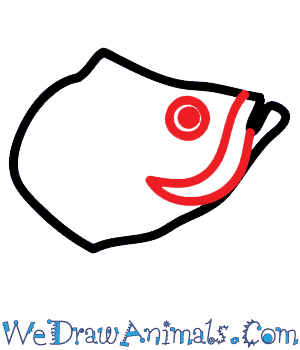 Step 2: The next step is to add the facial features to the head. For the eye draw a circle, with a smaller circle inside. Then draw two curved lines that connect to create the lips. 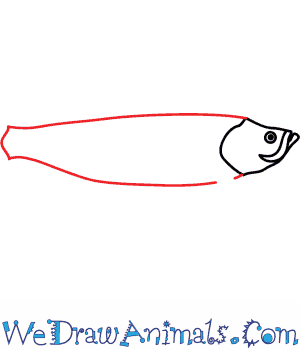 Step 3: To draw the body, draw two straight lines, one coming out of the top of the head and the other from the bottom. They should come closer together at the end before they connect. 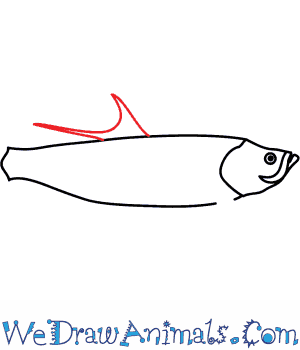 Step 4: The next step is to draw the upper fin. This can be drawn with two straight lines coming out of the top of the body and connecting with a curved line. 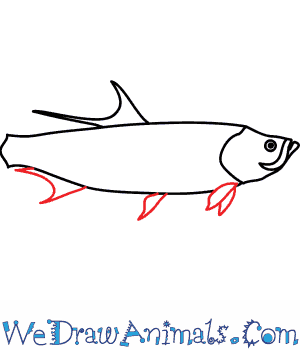 Step 5: Next you will need to draw the lower fins. The front bottom fins can be made with two oval shapes. Draw a similar oval shape for the middle bottom fin. For the back one draw one similar to the one on top only smaller. 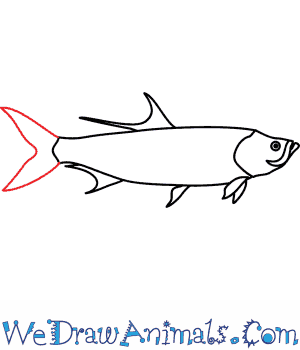 Step 6: The final step is to draw the tail. To create the tail, draw two thin triangles that have one side connect to the end of the body and the other side connect to each other. You have now drawn a Tarpon.

Interesting Facts about the TARPON

The Tarpon is a member of the fish family and the scientific term for them is Megalops atlanticus. This species is a large marine animal that’s native to the western coast of the Atlantic Ocean from Virginia to Brazil, which also explores freshwater through rivers temporarily or permanently. They can breathe in water with low alkalinity and oxygen content, by inhaling air.

This animal is silver with blue or green backs. They are difficult to catch, so they are used for sport fishing, although they do not taste good. As babies, they absorb nutrients from seawater, but later begin eating zooplankton, insects, small fish, crabs, and grass shrimp, they swallow their food whole and hunt nocturnally. This species may be eaten by birds, sharks, porpoises, crocodiles, and alligators. 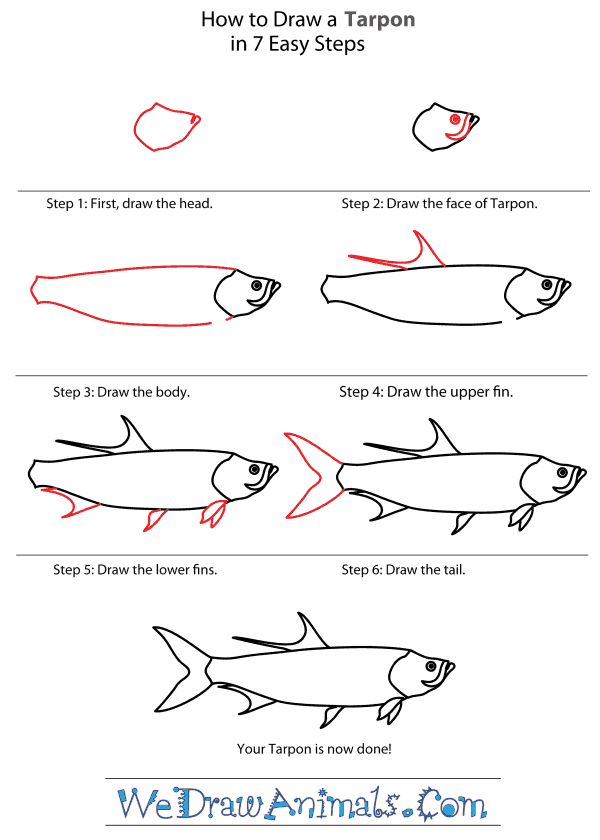 How to Draw a Tarpon – Step-By-Step Tutorial