How to Draw a Stoat 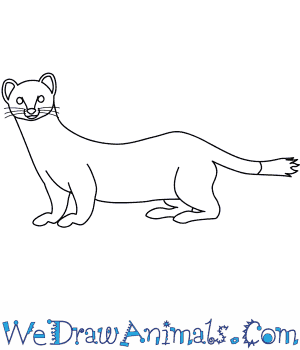 In this quick tutorial you'll learn how to draw a Stoat in 8 easy steps - great for kids and novice artists.

At the bottom you can read some interesting facts about the Stoat.

How to Draw a Stoat - Step-by-Step Tutorial 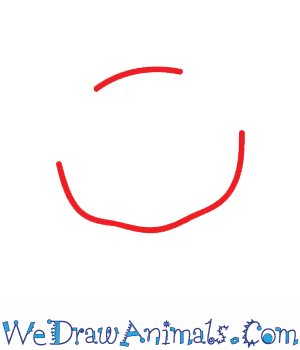 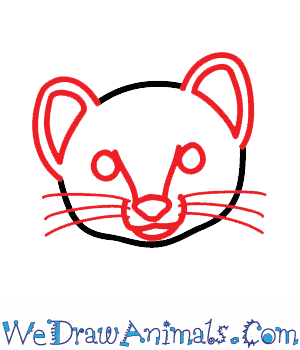 Step 2: Next you will need to add the facial features. Draw an ear at each of the openings at the top of the head with a semi circle inside another semi circle. Draw circles for the two eyes and the front of the nose. The nose should have two straight lines extending up for the nose base and two curved lines coming out for the top of the mouth. The mouth should be drawn with a small circle. For the whiskers draw three straight lines coming out each side of the nose. 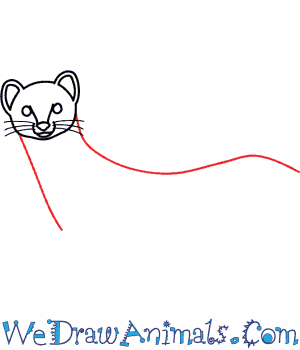 Step 3: The next step is to draw the body. This can be done by drawing a curved line coming from one side of the head and a straight line from the other. 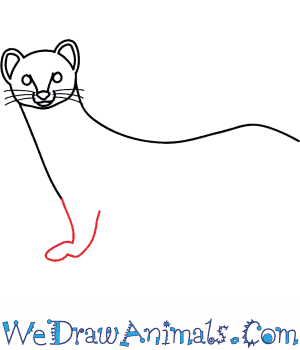 Step 4: Next draw the front leg, by drawing a straight line from the edge of the body, create a foot and drawing a line back up. 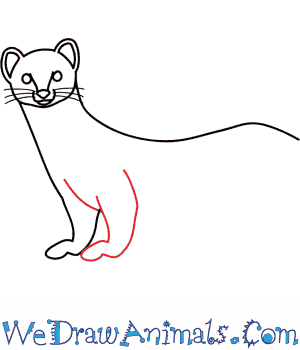 Step 5: To draw the other front leg, you need to draw rounded lines for the shoulder and the rest f the leg the same as the first. 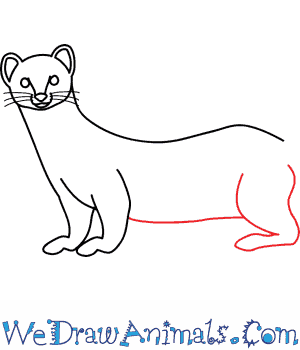 Step 6: Draw a straight line from the front legs going towards the back for the Stout's stomach. Then create the hind leg by drawing curved lines for the hips and connecting them to a rectangular shape for the foot. 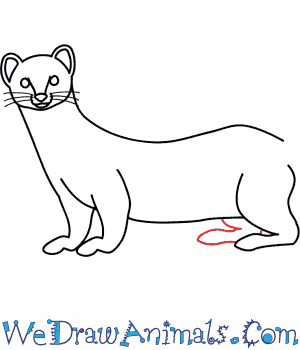 Step 7: The back hind leg should be drawn behind the first and be drawn with the same rectangle shape. 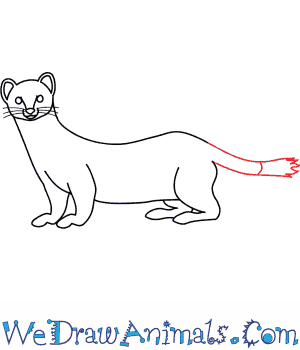 Step 8: Finally you will need to draw the tail. Using two parallel lines that meet at a square at the end. Then draw and extra piece to the tail with jagged lines to represent fur. You have now successfully completed your Stoat drawing.

Interesting Facts about the STOAT

The Stoat is a member of the weasel family and the scientific term for them is Mustela erminea. The name “stoat” means “stout” or “bold.” Another common name for this species is the Short-Tailed Weasel and the Ermine. This animal is native to Europe, Asia, and North America. They have been used to control the population of rabbits.

They are carnivores, eating a large variety of mammals, birds, fish, insects, amphibians, and reptiles. Special chambers are built to store the recently killed rodents. This animal has been known to kill small muskrats. They regularly climb trees to access eggs from nests. The fur of these creatures is of a high value. There are not many of these creatures, but they’re the least concern for a possibility of extinction. 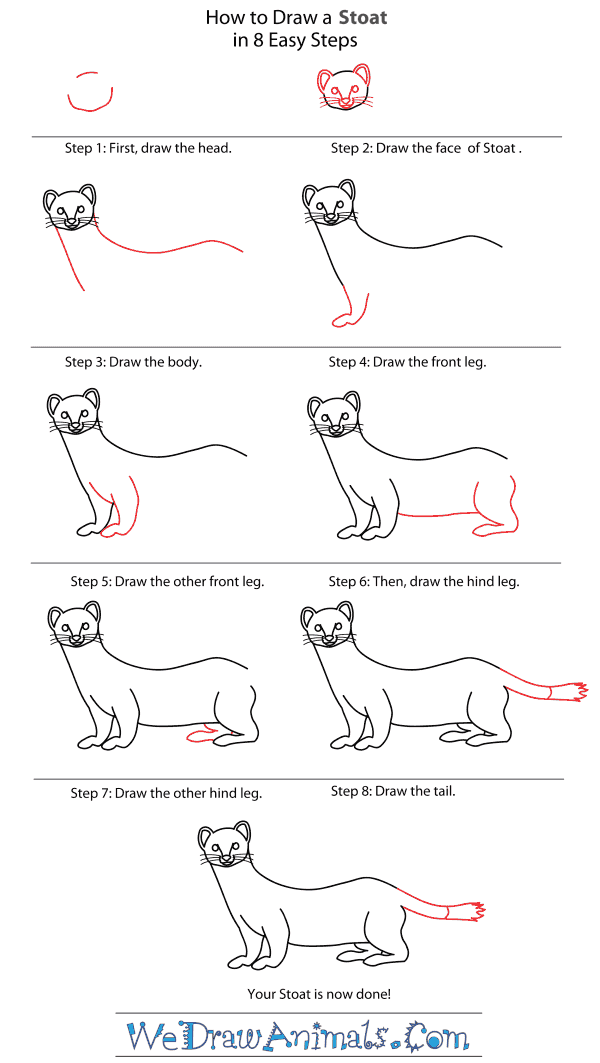 How to Draw a Stoat – Step-By-Step Tutorial