How to Draw a Tiger Salamander 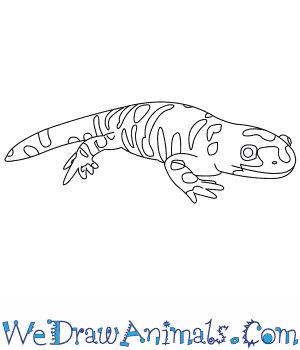 In this quick tutorial you'll learn how to draw a Tiger Salamander in 7 easy steps - great for kids and novice artists.

At the bottom you can read some interesting facts about the Tiger Salamander.

How to Draw a Tiger Salamander - Step-by-Step Tutorial 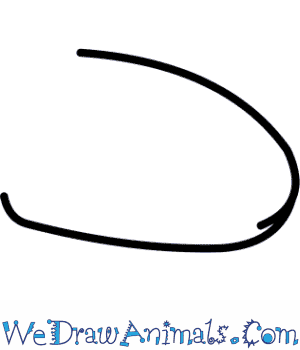 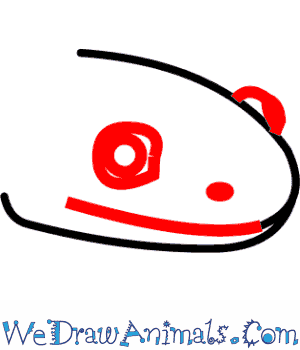 Step 2: Draw a circle within a circle in the middle of the U. Add a semicircle on the topside of it. Add a dot near the rounded end and a curved line along the bottom. 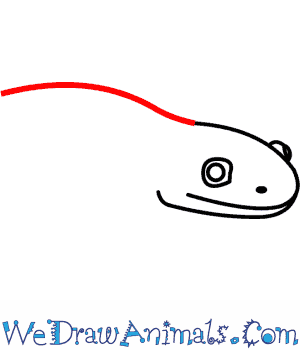 Step 3: Draw a curve from the top of the back of the head. 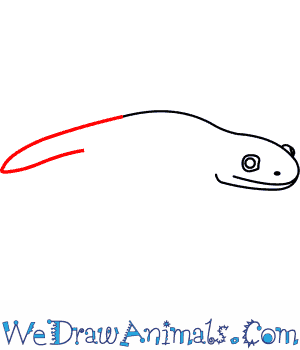 Step 4: Add a long hook shape to the end of the back. 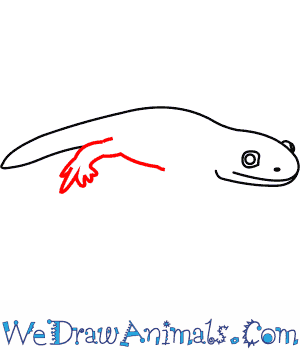 Step 5: From the tail, draw a line that curves down into a rounded five-pointed shape, then curves back up and bends to the front of the body. 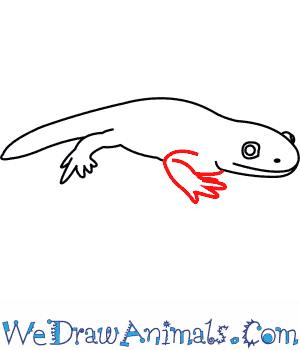 Step 6: Make a hook shape whose rounded end meets the belly, then turns down into a rounded four-pointed shape and back into the rounded end of the hook. Connect the leg to the head with a curved line. 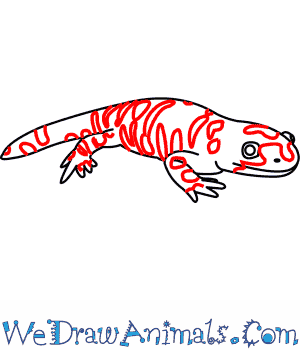 Step 7: Draw ovals and wiggly patterns all over the body. You did it! You can color it in yellow with dark grey, green or black blotches. These salamanders love to burrow. They will typically have a burrow as much as two feet deep in the wild, and it is important to have at least several inches of soil in their enclosure if keeping one as a pet.

Tiger Salamanders are common lizards that live in North America. They grow to 17 to 33 centimeters long and are black with yellow spots. Tiger Salamanders eat bugs, worms, small frogs, and small mice. They live on land, but move to water for their mating season. Males go back to the place they hatched to have their offspring hatch. Tiger Salamander babies begin like tadpoles and soon grow legs and change into adult salamanders.

Theme: Have a Tiger day at school. This idea is great for schools that have a tiger as their mascot. Dozens of animals are described as “tiger” because of skin patterns of for whatever reason. The Tiger Salamander is just one of many animals that can be studied during this theme day or week. 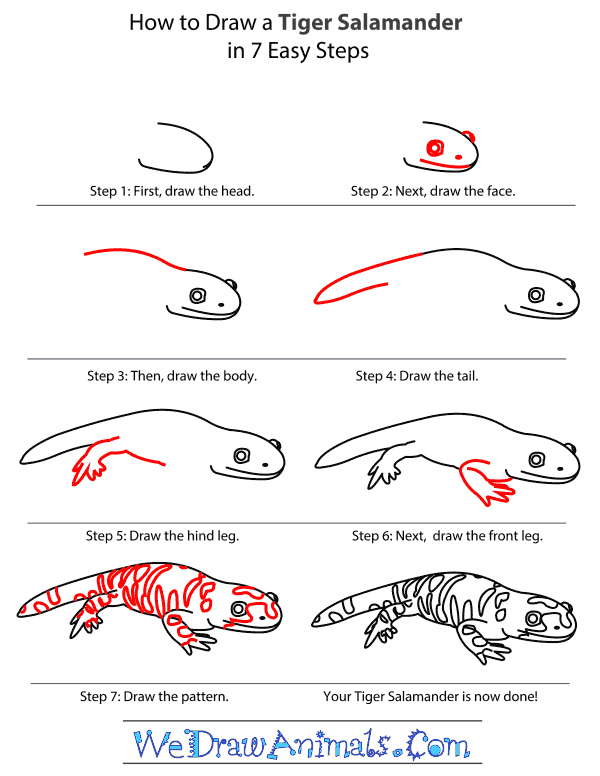 How to Draw a Tiger Salamander – Step-by-Step Tutorial