How to Draw a Tiger Snake 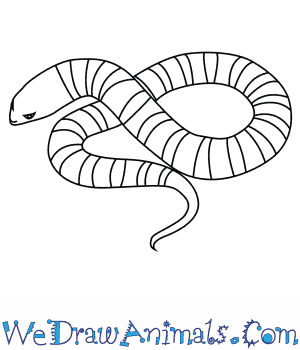 In this quick tutorial you'll learn how to draw a Tiger Snake in 5 easy steps - great for kids and novice artists.

At the bottom you can read some interesting facts about the Tiger Snake.

How to Draw a Tiger Snake - Step-by-Step Tutorial 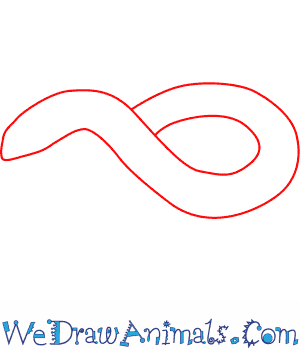 Step 1: Let's draw a tiger snake! Draw a long and thick tube-like shape that is in the form of a figure-eight. But be careful not to finish the figure-eight! Have the first part closed up for the head, and leave the tail for last. 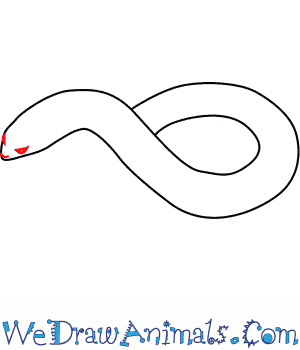 Step 2: You are going to draw in the face now by coloring in two small circles for the eyes. Then, trace a short line at the tip of the face to outline a nostril. 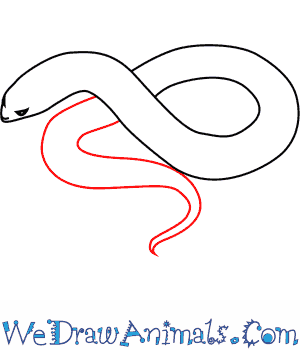 Step 3: Now, let's finish that tail! Draw a thick letter S for the tail, making sure that as you get closer and closer to the end, the tail gets skinnier and skinnier until you reach the pointy end. 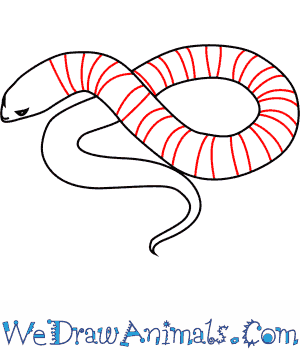 Step 4: Create a pattern by drawing lines all across the body of the tiger snake. 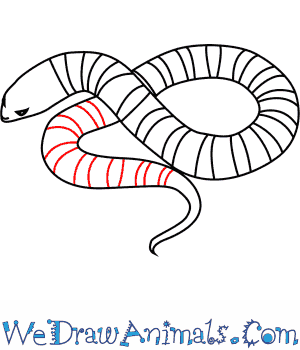 Step 5: Finish the pattern by drawing those same lines along the length of the tail. There's your tiger snake! Did you know that when a tiger snake feels threatened by a predator, it will flatten its body and raise its head up off the ground to warn the predator that it is about to strike? The bite of a tiger snake is very dangerous to human beings. It can even be fatal!

Interesting Facts about the Tiger Snake

The Tiger Snake is a venomous snake, and it can be found (like many other venomous creatures) in Australia. They are called “Tiger Snakes” because they tend to have thick stripes like tigers do, though the colors of their stripes vary, depending on which region they are from.

It is actually a crime to kill or hurt a Tiger Snake in Australia. It is considered a “protected species,” and if you do anything to injure one of them, you might get hit with a fine of up to $7,500! You can also do jail time, which includes sentences of up to 18 months in certain states! (Imagine going to jail for killing a snake!) It is also illegal to export (ship) a snake that is native to the Australian region to anywhere else in the world. 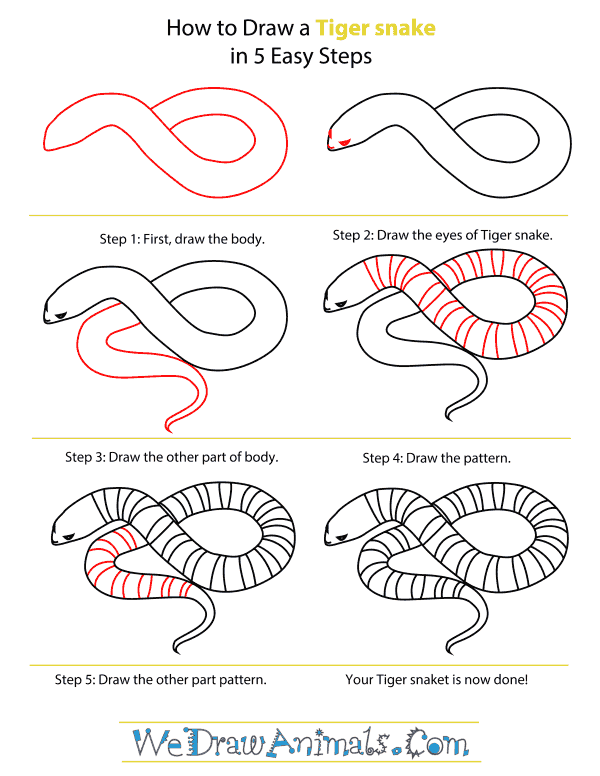 How To Draw A Tiger snake – Step-By-Step Tutorial