How to Draw a Striped Hyena 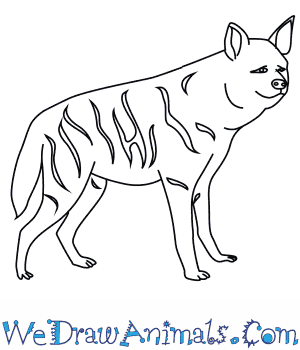 In this quick tutorial you'll learn how to draw a Striped Hyena in 9 easy steps - great for kids and novice artists.

At the bottom you can read some interesting facts about the Striped Hyena.

How to Draw a Striped Hyena - Step-by-Step Tutorial 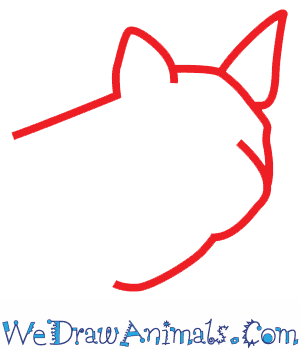 Step 1: Let's draw a striped hyena! For the head, draw a U shape that is laying on its side. At the top of it, trace some outlines for what will be the ears. 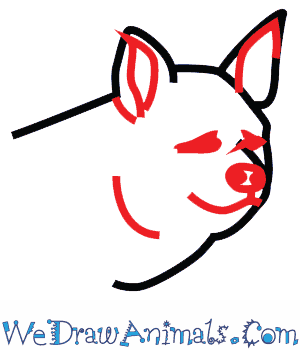 Step 2: Finish drawing the ears, then color in some ovals for eyes. Draw a circle for the snout and trace a smile beneath it. Draw a line along the side of the face for the jaw. 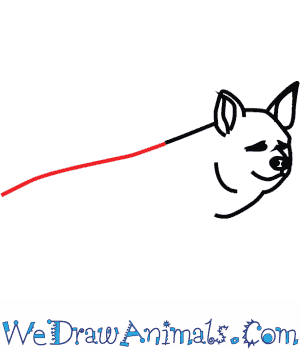 Step 3: Draw a line for the back that is angled downward. 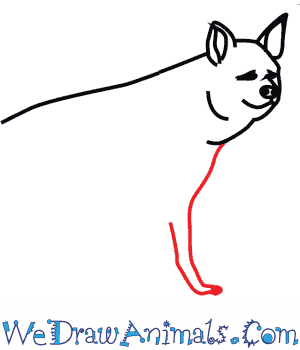 Step 4: From the head, trace a long line down the front for the first leg, making sure to keep it skinny. 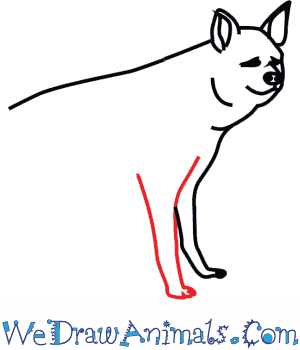 Step 5: Draw the other front leg by tracing two lines next to the first leg. Keep it skinny too, but have the lines get just a bit wider at the top. 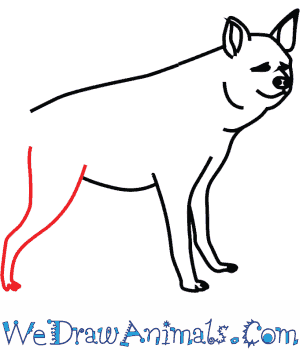 Step 6: Draw the hind leg, now, making the top wider as well, but have the lines be curvier than the front legs. 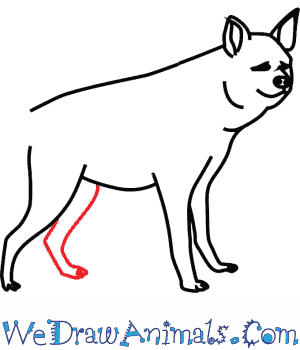 Step 7: For the second hind leg, trace a line along the first, ending with the paw. 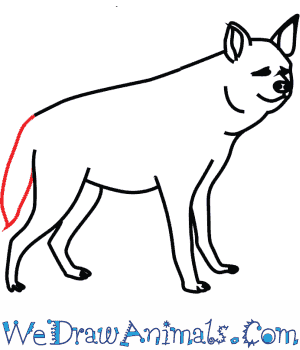 Step 8: Finish the back of the hyena with a tail. Make sure to keep it short and just a bit thick. 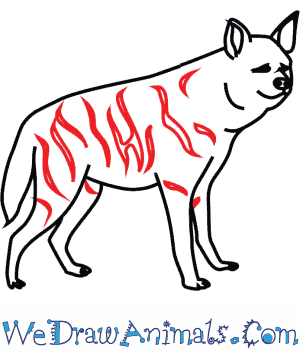 Step 9: Draw long and short tube-like figures for the stripes, making them pointy at each end. There's your striped hyena!

Interesting Facts about the Striped Hyena

The Striped Hyena can be found in many areas throughout Africa, the Middle East, Asia, and India. It is also the smallest member of the true hyena family. The Striped Hyena is generally regarded as a scavenger, but there have been cases in the past where they have caught their own prey.

The Striped Hyena can usually be found living with groups of one or two other animals, though they have been seen in groups of up to seven members in Libya. Interestingly, when Striped Hyenas fight, they will often bite at the other hyena’s throat and legs, deliberately avoiding the mane, which they know is used for the purposes of signaling. Also, the Striped Hyena does not talk as much as the Spotted Hyena does. 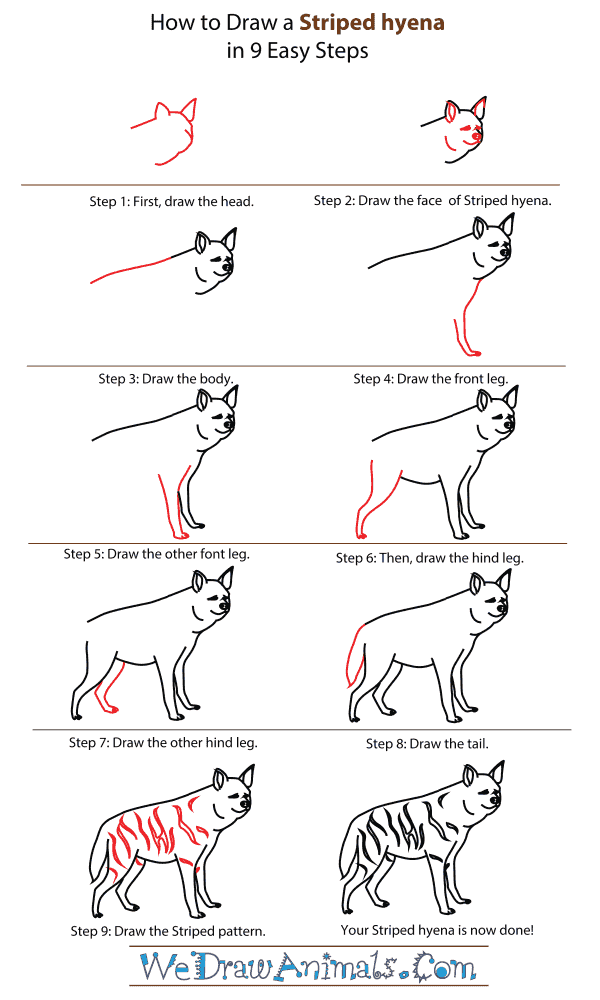 How To Draw A Striped hyena – Step-By-Step Tutorial