How to Draw a Tonkin Snub-Nosed Monkey 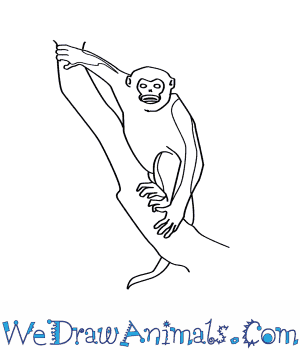 In this quick tutorial you'll learn how to draw a Tonkin Snub Nosed Monkey in 7 easy steps - great for kids and novice artists.

At the bottom you can read some interesting facts about the Tonkin Snub Nosed Monkey. 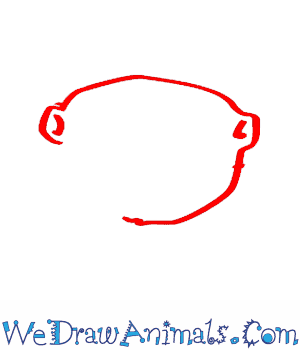 Step 1: Let's start our monkey with the head. Draw a wide head with two small ears on either side. 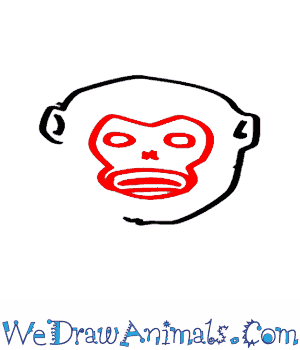 Step 2: Now draw the face of the tokin snub-nosed monkey. Make two small eyes, a tiny dot for the nose, and a wide mouth. Draw a line that contours the face. 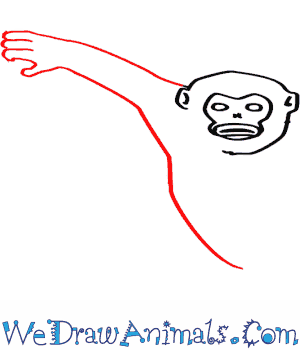 Step 3: Draw the right hand and extend it to the left. Remember to leave the hand open and continue the line downwards for the body. 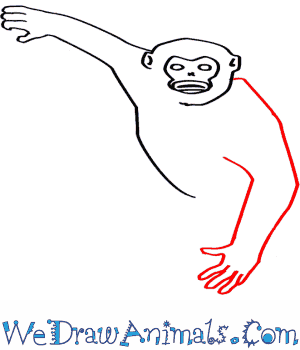 Step 4: Draw the right hand and extend it downwards, and draw another human-like hand. 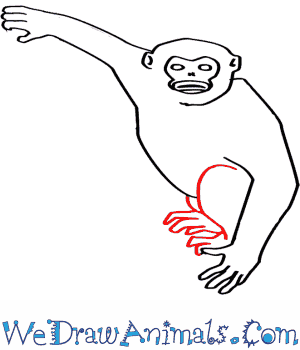 Step 5: Okay, a monkey needs legs! Draw both legs close together and near the right hand. This is because our tokin snub-nosed monkey is crouching in a tree! 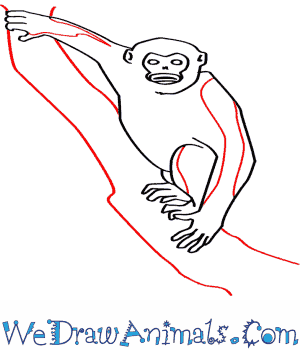 Step 6: Draw two long sloping lines for the monkey's branch, and then add some detail to his body. 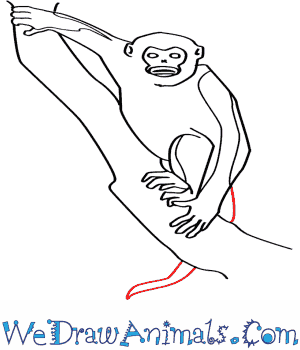 Step 7: Finally, draw the tail hanging down past the branch. 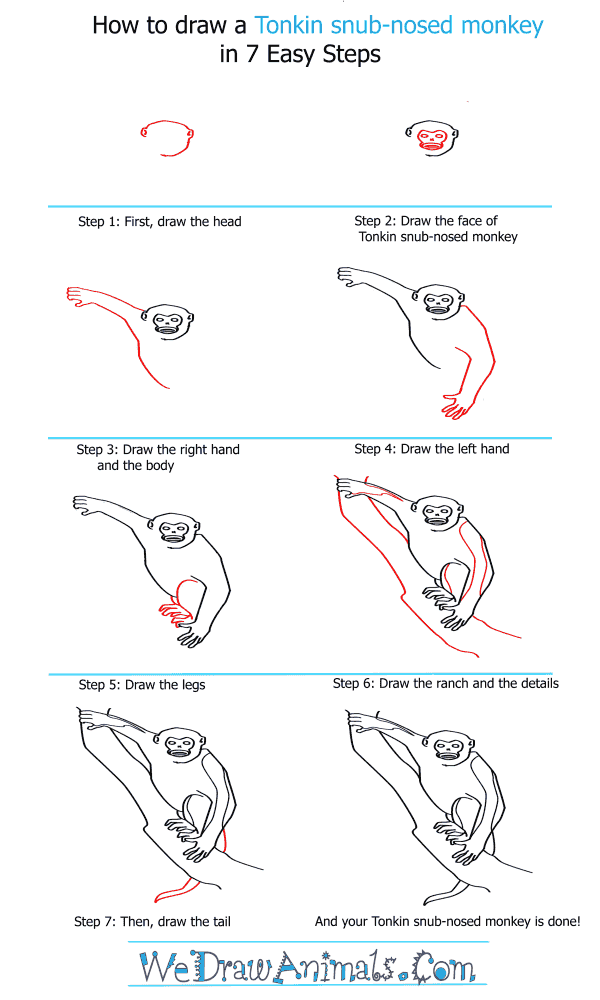