How to Draw a Velvet Worm 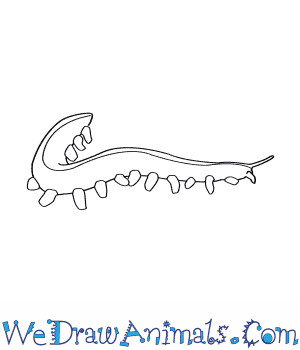 In this quick tutorial you'll learn how to draw a Velvet Worm in 5 easy steps - great for kids and novice artists.

At the bottom you can read some interesting facts about the Velvet Worm.

How to Draw a Velvet Worm - Step-by-Step Tutorial 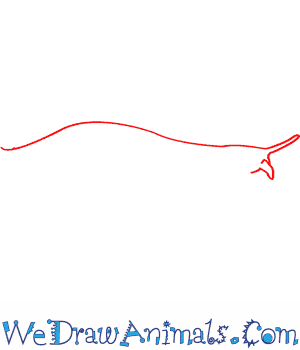 Step 1: Let's start our slimy creature by drawing a part of the body and the antennae. Draw a line that slopes up, and then two small antennae at the head. 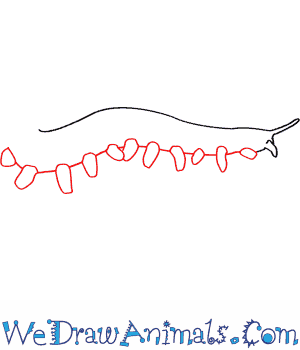 Step 2: Now draw the feet. Our velvet worm has 11 of different sizes spread out along the base of its body. Make the line for the body parallel the top line. Step 3: Next, draw the second half of its body. Start from the bottom line and draw a line that curves sharply inwards. 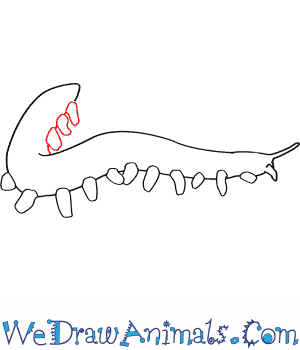 Step 4: Finish the body just like before, and again draw three more feet. 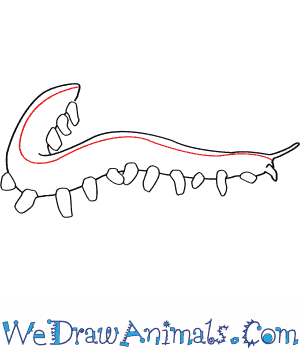 Step 5: We're almost done now! All you need to do is draw a line for the velvet worm's back. Start from the head and make it closer to the top line, then when it curves, closer to the left side of the body.

Velvet Worms are funny looking worms that live in dark places like rotting logs and under leaves. They are only seen in 2 places. An island called St. Catherine’s and Jamaica. They are long and round in shape with two antennas on top of their heads. Along their bottoms is a row of about 13-43 pairs of “stub feet.” Velvet Worms grow to about 20 centimeters. They have rings down the length of their bodies and they come in a lot colors like: brown, white, blue, and green.

Activity: Draw five pictures of a Velvet Worm and ask the students to color the pictures with crayons or colored pencils. Ask them to color the worms in common colors a Velvet Worm is seen. This idea can be used as busy work for small children or part of a science exam for teenagers. 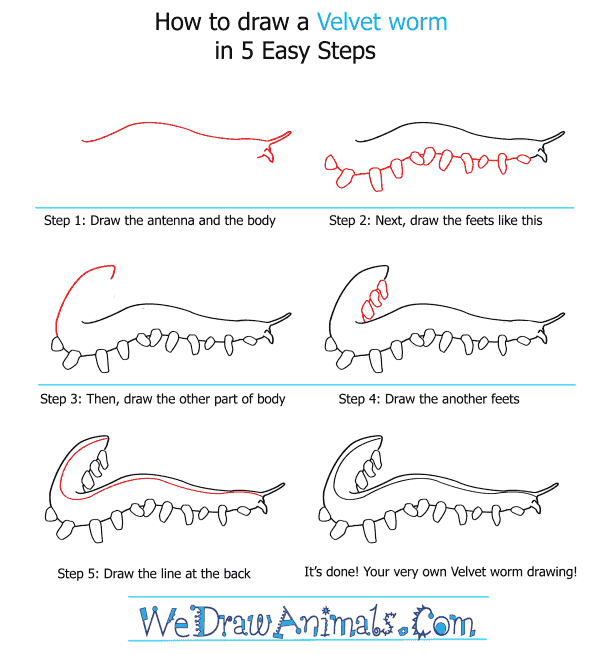 How to Draw a Velvet Worm – Step-by-Step Tutorial

Next post: How to Draw a West Indian Manatee

Previous post: How to Draw a Tonkin Snub-Nosed Monkey