How to Draw a Turkey Vulture 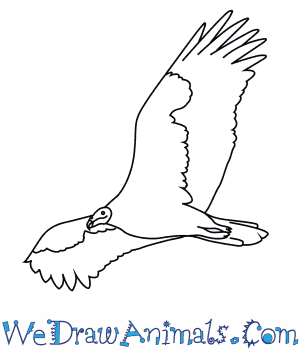 In this quick tutorial you'll learn how to draw a Turkey Vulture in 7 easy steps - great for kids and novice artists.

At the bottom you can read some interesting facts about the Turkey Vulture.

How to Draw a Turkey Vulture - Step-by-Step Tutorial 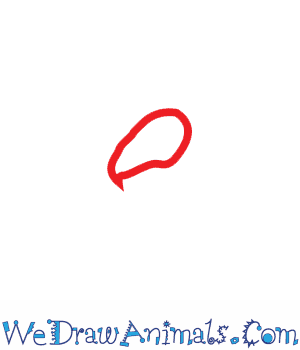 Step 1: Let's draw a turkey vulture! For the head draw a very small oval that is laying on its side, making sure that one end is pointy for the beak. 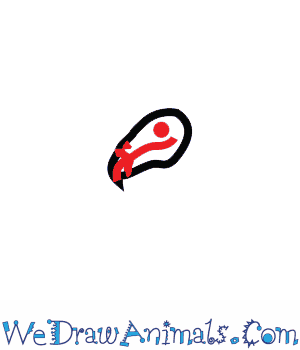 Step 2: Draw a short line across the middle of the head for the mouth, then fill in a small circle for the eye. 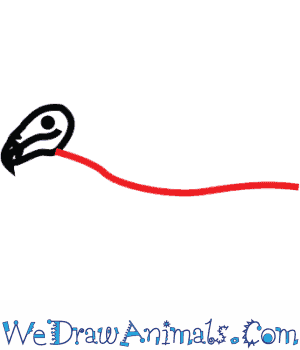 Step 3: From the bottom of the head, draw a curved line across the bottom for the belly. 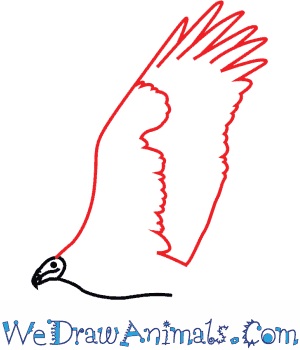 Step 4: From the top of the head, draw a long line going upward to start the wing. Angle the line toward the back, then draw in long feathers at the top and shorter feathers at the back. In the middle of the wing, draw in another layer of short feathers. 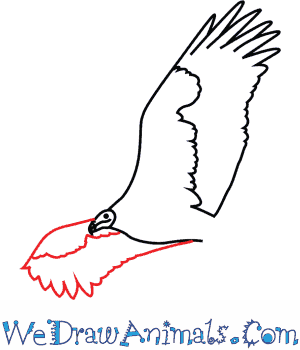 Step 5: Draw the other wing much like the first, but make it shorter and angled towards the front so that it looks like it's really on the other side of the vulture's body! 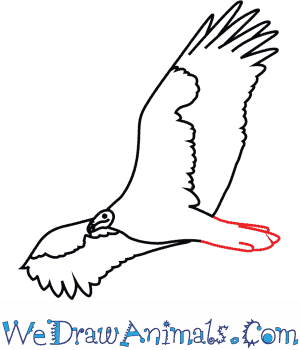 Step 6: Now, draw a medium-sized tail. The feathers don't have to be perfect. Trace a small one to start, then a big one, and finish with a couple of shorter ones. 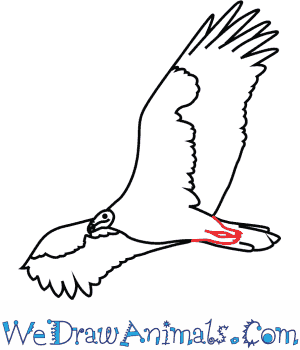 Step 7: Right above the end of the tail, draw the legs, making them short and flat. Your turkey vulture is now done!

Interesting Facts about the Turkey Vulture

The Turkey Vulture is the most popular vulture from the New World vultures family. It can normally be found in open or mostly open areas, such as forests, pastures or deserts. Turkey Vultures like to hang out in large groups, sometimes up to several hundred vultures at a time.

The Turkey Vulture can often be seen standing with its wings spread out. It is believed that they stand in this way for several reasons: to dry their wings, to warm their bodies, and to allow the bacteria that may be on them to dry out. 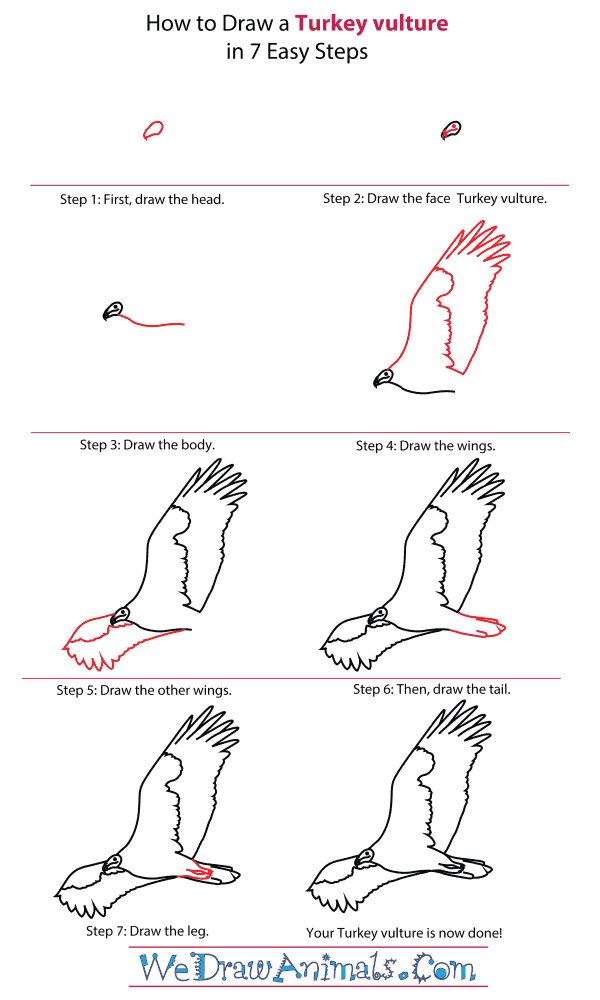 How To Draw A Turkey vulture – Step-By-Step Tutorial