How to Draw a Vervet Monkey 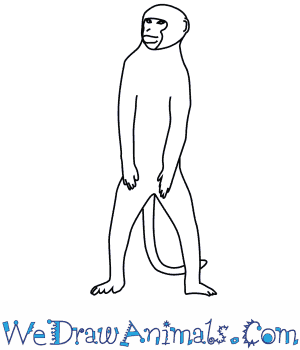 In this quick tutorial you'll learn how to draw a Vervet Monkey in 7 easy steps - great for kids and novice artists.

At the bottom you can read some interesting facts about the Vervet Monkey.

How to Draw a Vervet Monkey - Step-by-Step Tutorial 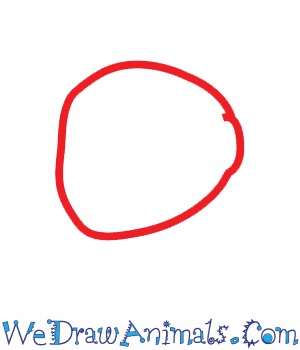 Step 1: Let's draw a Vervet monkey! Simply draw a circle for the head, making the top of the monkey's head a bit wider than the bottom. 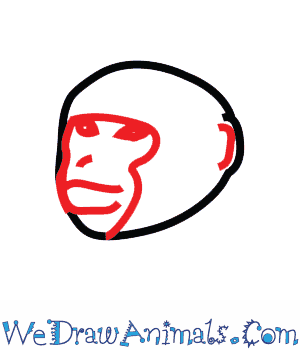 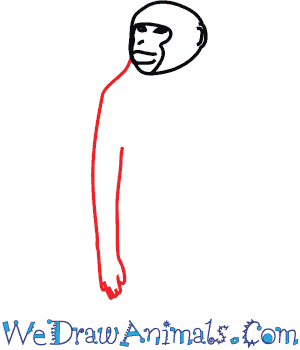 Step 3: From the side of the head, draw a long arm, then trace the fingers at the end. 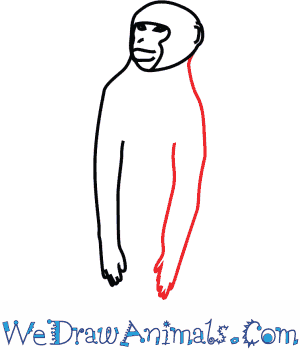 Step 4: From the other side of the head, draw the other arm like you did the first one. 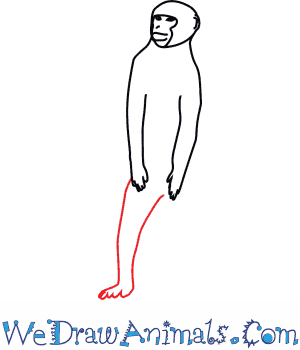 Step 5: From the first hand, draw the leg now by tracing two curved lines with a foot at the end. Here's a tip: make the toes long! 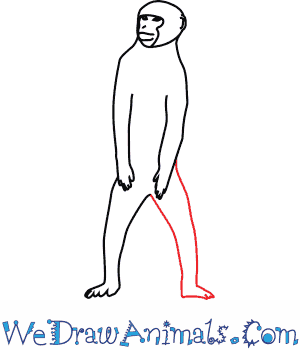 Step 6: Next, draw the other leg much like you did the first. 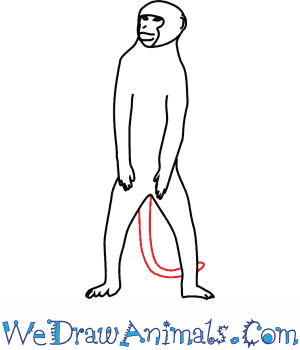 Step 7: Last is the tail! Trace a tail that is skinny and that curls to the side. Be careful not to make the end too pointy! Your Vervet monkey is now done! Did you know that the Vervet monkey has mannerisms and behaviors that are very close to that of us humans? They can experience human-like traits, like hypertension, anxiety and even alcohol addiction!

Interesting Facts about the Vervet Monkey

The Vervet Monkey is actually studied by scientists who want to learn more about humans work. This is because their mannerisms and behavior are very close to those of humans. Vervet Monkeys have experienced such human-like traits as anxiety, hypertension, and even an addiction to alcohol!

Speaking of different calls, a mother Vervet Monkey can tell which baby is her own simply by the sound of its scream. When a baby Vervet Monkey screams, it will get the attention of all of the mother monkeys, but the one that is its actual mother takes less time to look for the scream and spends more time looking in the direction from where the scream came. 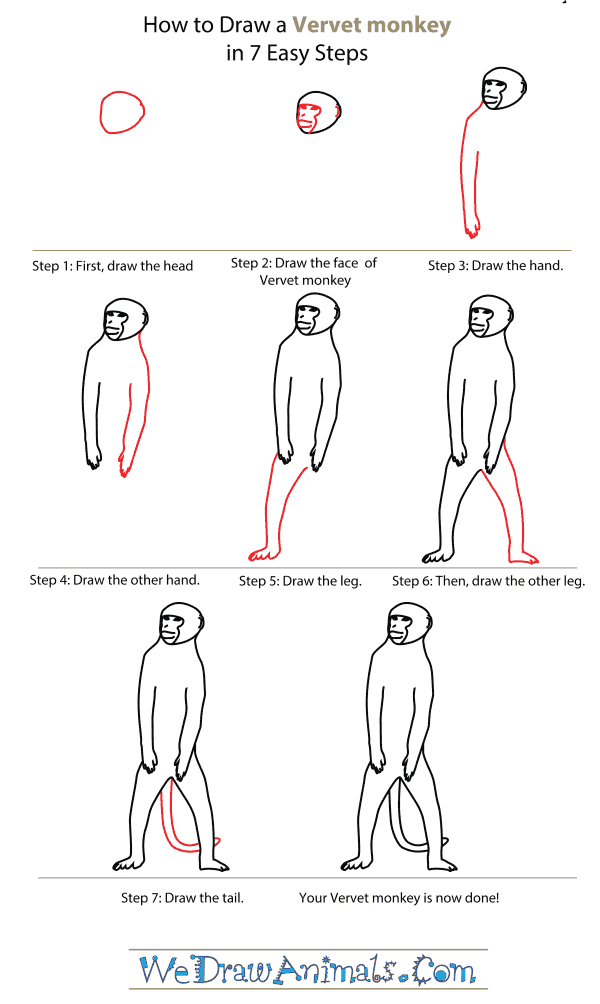 How To Draw A Vervet monkey – Step-By-Step Tutorial