How to Draw a Wolf Spider 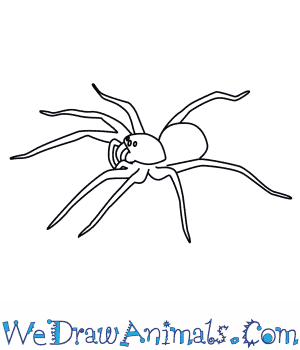 In this quick tutorial you'll learn how to draw a Wolf Spider in 7 easy steps - great for kids and novice artists.

At the bottom you can read some interesting facts about the Wolf Spider.

How to Draw a Wolf Spider - Step-by-Step Tutorial 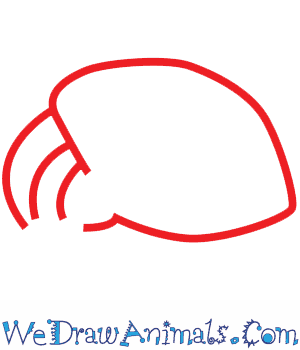 Step 1: Let's draw a wolf spider! Draw a medium-sized semi-circle for the head, but don't make the bottom a straight line! Instead, trace it curved out and then add fangs to the end! 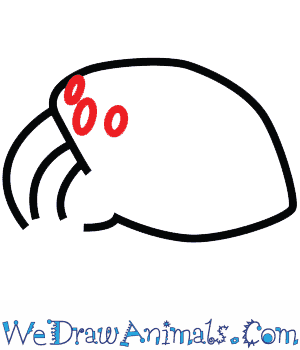 Step 2: Draw three small circles at the front of the face for the wolf spider's eyes. 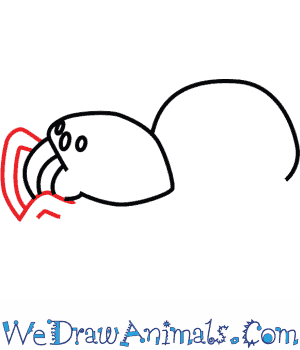 Step 3: Draw the palpus now by tracing two shapes on either side of the fangs. These shapes are curled in like the fangs! 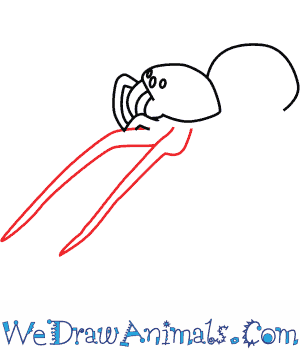 Step 4: Draw the two front legs now by tracing very long and skinny legs. For the leg that is closest to the back, make sure to have the top part of it just a bit thick. 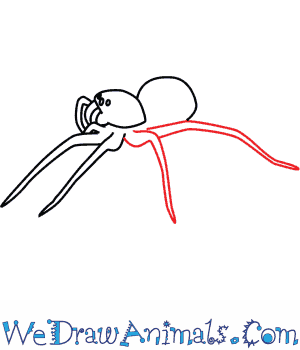 Step 5: Trace another two long legs at the back for the hind legs, making the leg closest to the front a bit thick at the topl! 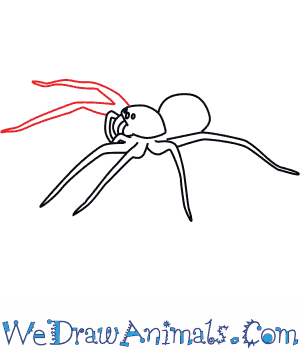 Step 6: Next, draw the other two front legs, but make these ones just a bit shorter than the others since they are on the other side of the body. 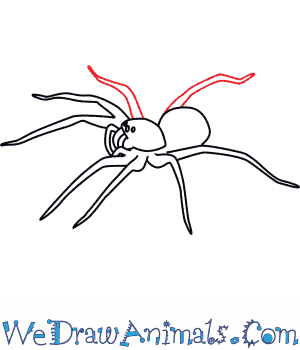 Step 7: Draw the other two back legs like you did the last two! Here's a tip: make these them a bit wider apart than the rest! You have your wolf spider! Did you know that wolf spiders use camouflage to hide from predators?

Interesting Facts about the Wolf Spider

Wolf Spiders do have venom, and they will use it if their attacks persistently bothers them. Their bites are not particularly dangerous. At most, they will cause swelling, itching, and a small amount of pain. 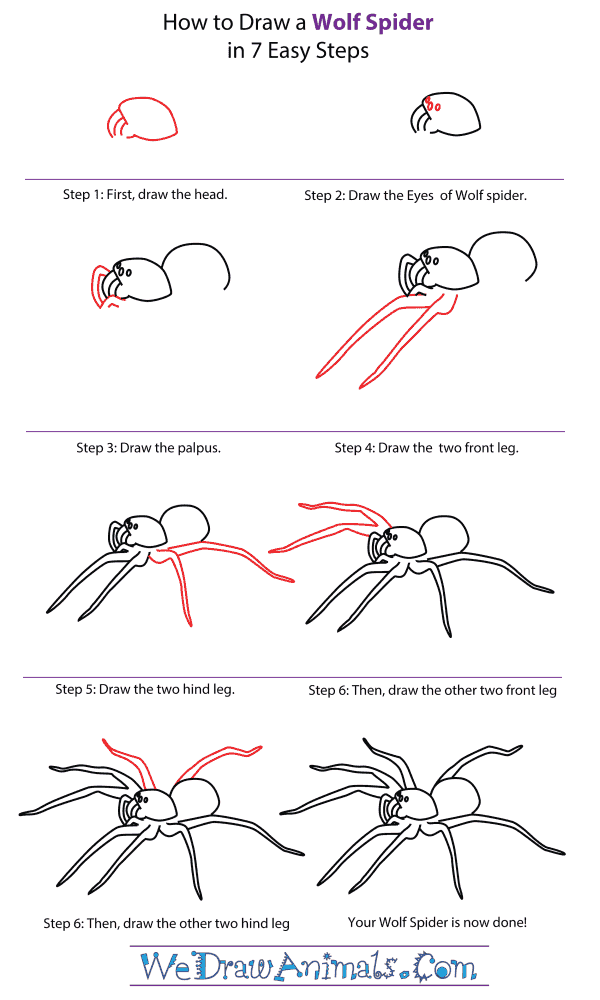 How To Draw A Wolf spider – Step-By-Step Tutorial