How to Draw a Velociraptor 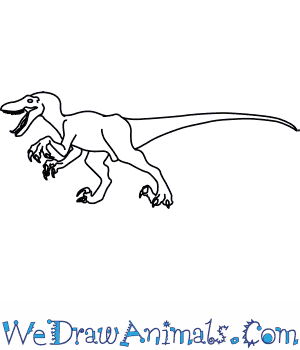 In this quick tutorial you'll learn how to draw a Velociraptor in 6 easy steps - great for kids and novice artists.

At the bottom you can read some interesting facts about the Velociraptor.

How to Draw a Velociraptor - Step-by-Step Tutorial 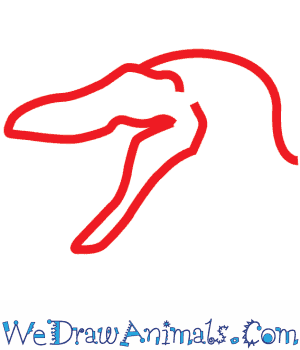 Step 1: First, draw the head, with two wide-open jaws, which are flat like a crocodile’s or alligator’s. However, make sure to draw the back of the head arching down into a long neck, very much unlike those animals. 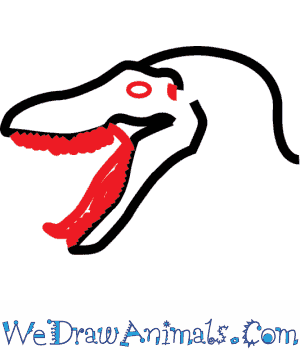 Step 2: Draw the small eyes and face. The most noticeable part would be the rows of very sharp teeth that the velociraptor was known for. Don’t forget the long, sharp tongue. 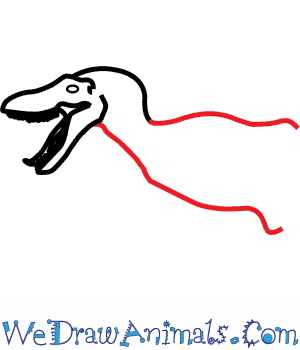 Step 3: Draw the body, starting with lines comes down from the head to show the slope of the neck to the underside, while the top of the neck, shoulders and back would be much flatter. 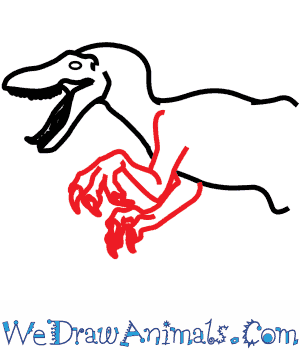 Step 4: Draw the front legs, which were short but very agile. The velociraptor had very large, sharp claws. 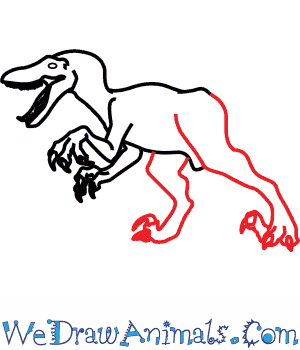 Step 5: Draw the hind legs. These were much longer than the front, because the velociraptor supported its weight on them and was known for its speed in hunting. The claws on the feet were even larger than the “hands.” 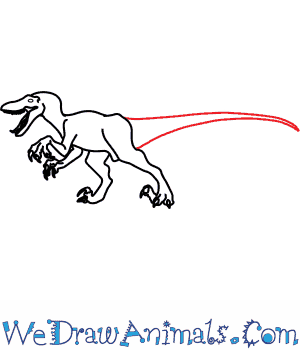 Step 6: Draw the tail, which was longer than the body and, while the velociraptor was in movement, would have stuck out level for balance.

Interesting Facts about the VELOCIRAPTOR

The Velociraptor is a member of the dinosaur group and the scientific term for them is V. mongoliensis. Their Greek name “veloci-raptor” means “quick-capture” in English. The Latin word “mongoliensis” means “Mongolia” in English, because this animal was native to that country. They were long and slender two-legged predators, with a long and sharp claw on their feet that they used for tearing flesh.

ontrary to popular belief, this animal possessed feathers. Evidence for this claim comes from the fossilized quill knobs that it possessed, also found in modern birds. Currently existing birds that don’t fly such as the Ostrich, Penguins, and Kiwis, don’t have quill knobs. This fact suggests that the Velociraptor either flew for short distances, or used the wings often for some other purpose, such as running faster up hills. 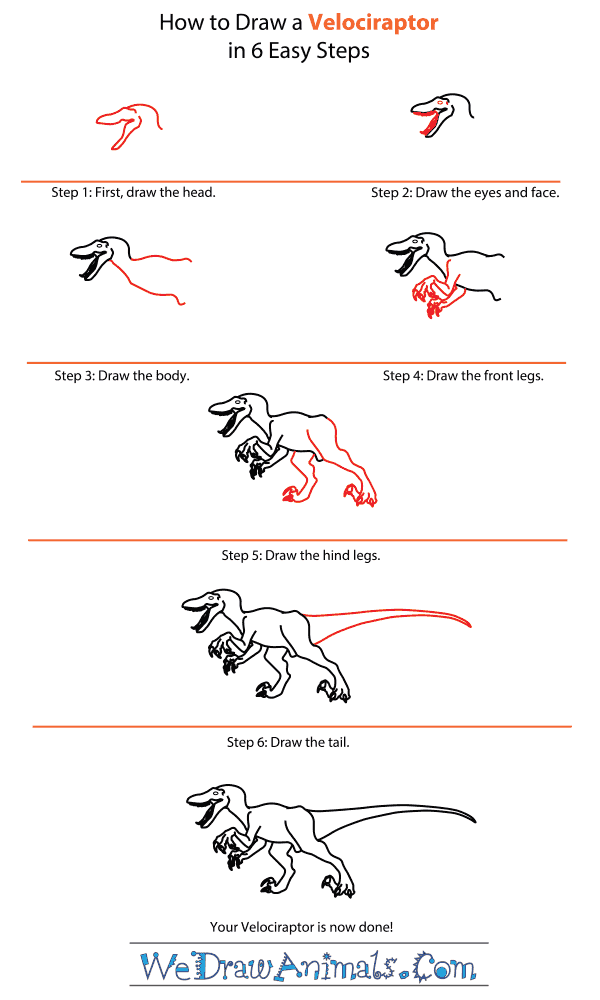 How to Draw a Velociraptor – Step-by-Step Tutorial