How to Draw a Triceratops 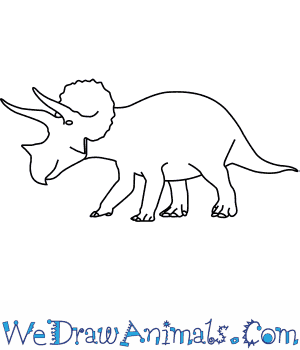 In this quick tutorial you'll learn how to draw a Triceratops in 6 easy steps - great for kids and novice artists.

At the bottom you can read some interesting facts about the Triceratops.

How to Draw a Triceratops - Step-by-Step Tutorial 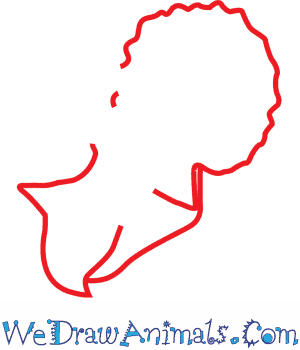 Step 1: First, draw the head and face. The triceratops had a large snout like a sharp, round bird’s beak with the smallest of its three horns just above the nose. The frill behind its face can be drawn as a bumpy circle, like broccoli. 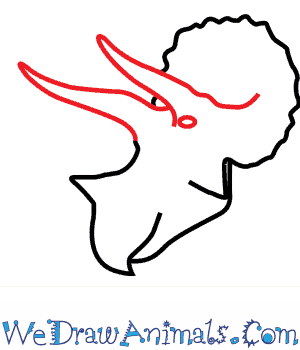 Step 2: Draw the eyes and horns. The larger, longer horns—long, gently curving lines that come to a sharp point—sat above the eyes under the frill. 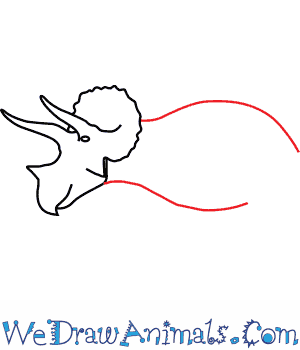 Step 3: Draw the body with two long lines from behind the head. The back of the triceratops was humped and the underside was round as well. 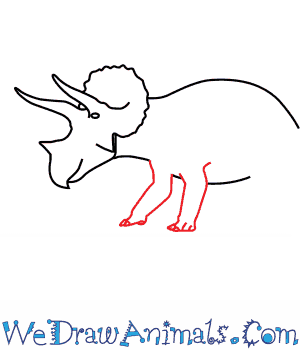 Step 4: Draw the front legs. These were short but thick, like elephant legs but with longer toes and sharper nails, and supported a much faster-moving and agile animal. 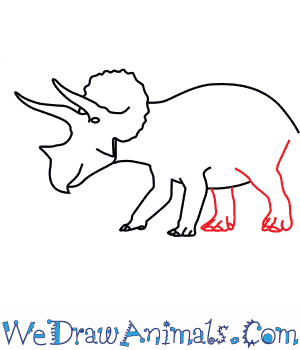 Step 5: Draw the hind legs. These would have been thicker, with even larger feet than the front legs. Remember to draw four very large, distinct toes on the back feet, which held a lot of the triceratops’ weight during movement. 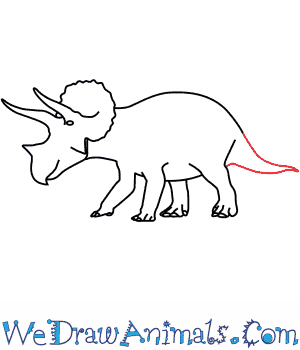 Step 6: Draw the tail. Unlike T-Rex or larger bipedal dinosaurs, the triceratops wouldn’t have needed a long tail for balance, so make sure to draw a shorter, stubby tail that comes to a point.

Interesting Facts about the TRICERATOPS

The Triceratops is a member of the dinosaur group and the scientific term for them is T. horridus. Their Greek name “tri-cerat-ops” means “three-horned-face” in English. The Latin word “horridus” means “rough” in English, because of how harsh the animal could be. When faced with a threat, this animal could pierce the body of its enemy with either the long horn above each eye, or the short horn above their nose.

he most common predator of this four-legged vegetarian was the Tyrannosaurus, a two-legged creature much taller than this species, which possessed a large head full of teeth. It couldn’t bite the neck of the smaller dinosaur, because of the bony frilled collar that was attached to the skull. Most of these animals lived in the northwest North America. 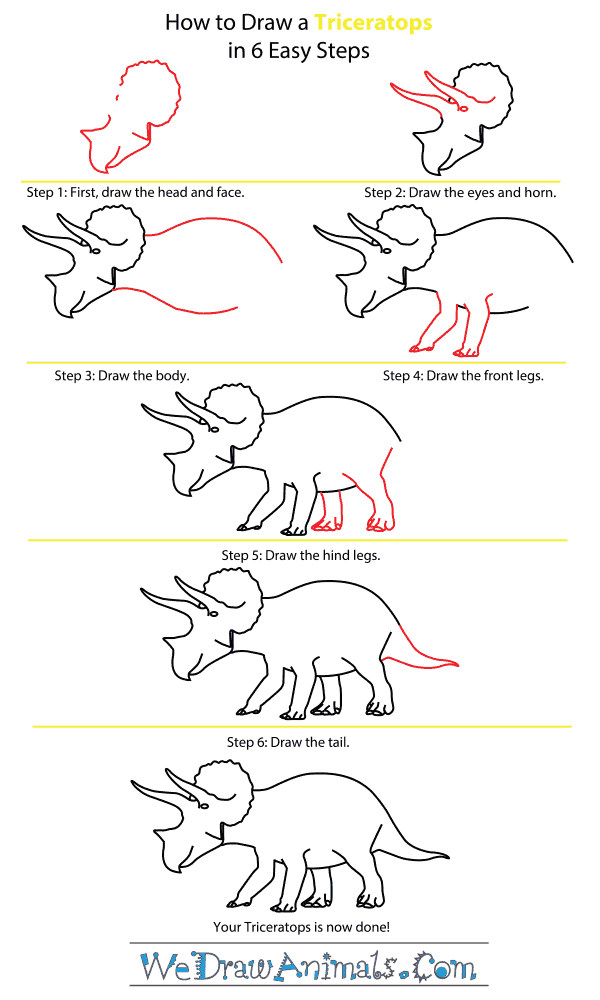 How to Draw a Triceratops – Step-by-Step Tutorial