How to Draw a Water Vole 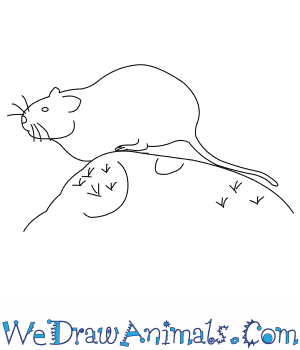 In this quick tutorial you'll learn how to draw a Water Vole in 7 easy steps - great for kids and novice artists.

At the bottom you can read some interesting facts about the Water Vole.

How to Draw a Water Vole - Step-by-Step Tutorial 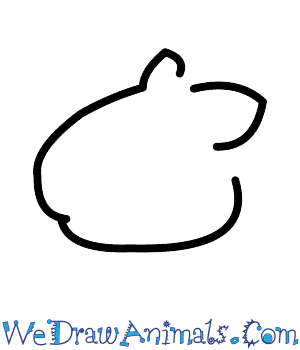 Step 1: Start the vole by drawing the head. It is like a sideways "U" with a dimple at the bottom of the "U". At the top edge of the head draw a triangle shaped ear. There is another rounded triangle ear just below it. 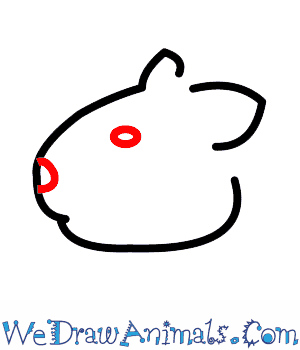 Step 2: Just below the first ear draw a round eye. At the tip of the nose draw a half circle to make the nose. 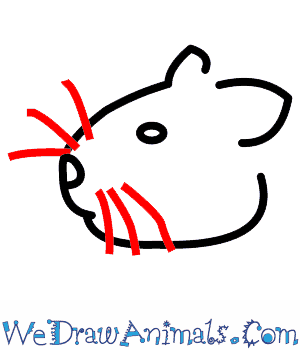 Step 3: On either side of the nose draw three short lines to make the whiskers, or the beard. 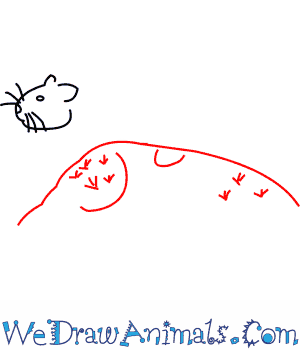 Step 4: Below the head draw a large curved line to make the rock for the vole to sit on. Draw several tufts of grass on the rock. 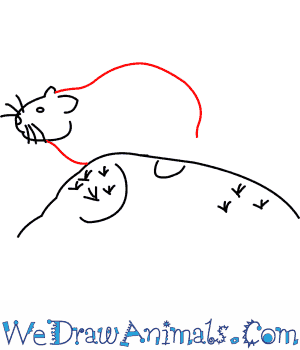 Step 5: From halfway along the bottom of the head line draw a line on an angle down to the rock. From behind the first ear draw a large line curving up and then back down to the right. It almost touches the rock. 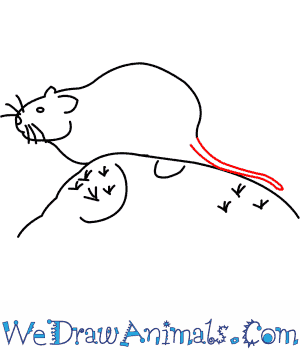 Step 6: At the end of the body line draw two long thin lines to make the tail. It has a pointy tip. 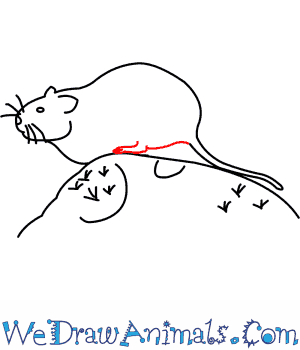 Step 7: At the top of the tail line draw a short line to the left. Finally, draw a long flat foot on the rock. Don't forget the long toes.

Interesting Facts about the WATER VOLE

The Water Vole is a member of the rodent group and the scientific term for them is Arvicola terrestris. Other common names for this creature are the European Water Vole, Northern Water Vole, Water Rat, and Arvicola amphibious. Voles are different than true rats because of their rounder noses, deep brown fur, chubby faces, and short fuzzy ears; the tails, paws, and ears are covered with hair.

They are found throughout northern Europe in banks of rivers that are burrowed. In other landscapes, the species can build a nest made out of reeds which is spherical in shape. These animals have a low population amount, but are considered to be the least concern for the possibility of extinction. 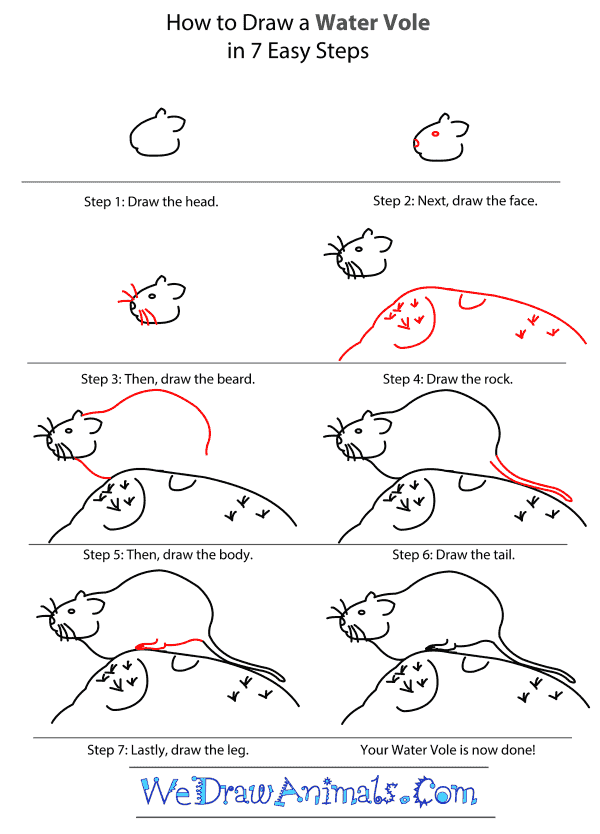 How to Draw a Water Vole – Step-by-Step Tutorial