How to Draw a Weddell Seal 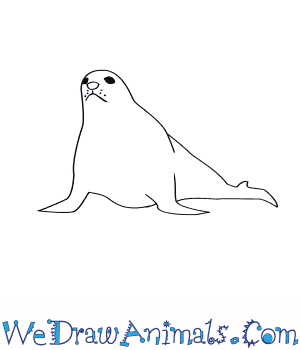 In this quick tutorial you'll learn how to draw a Weddell Seal in 7 easy steps - great for kids and novice artists.

At the bottom you can read some interesting facts about the Weddell Seal.

How to Draw a Weddell Seal - Step-by-Step Tutorial 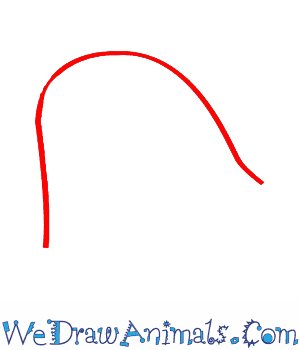 Step 1: Draw an upside-down U-shape for the head. 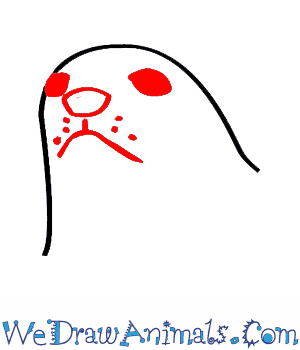 Step 2: Draw two seed-like shapes near the top of the head. Under the gap between them, draw a downward-pointing triangle; from the point, draw a small line down that connects to an upside-down V. Add a few dots between the mouth and nose. 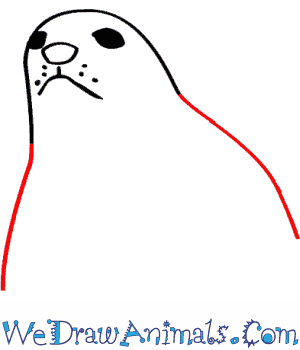 Step 3: Draw a curve going down from each end of the head. 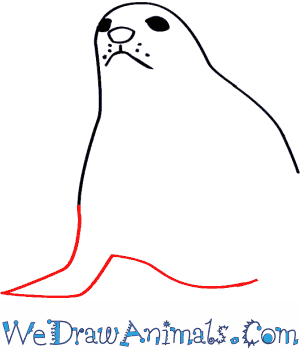 Step 4: From one end of the body, draw a curve that goes down and away from the body, then sharply points back under itself towards the body, then curves under the body. 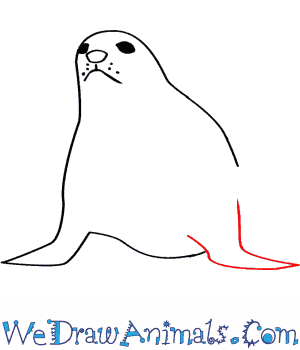 Step 5: Under the other side of the body, draw a curve that angles down and away, then sharply turns under itself, stopping when it meets the underside of the body. 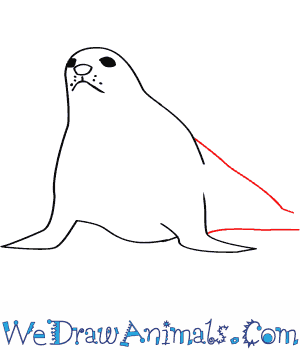 Step 6: On this same side of the body, draw one line sloping down from the upper part of the body, and one line pointing out from the midpoint of the fin. 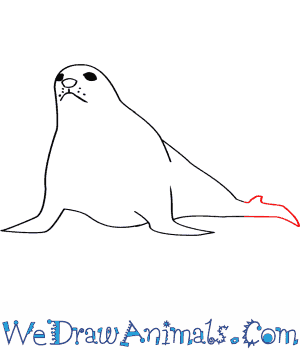 Step 7: Close off the tail with a boot-like shape. Your Weddell seal is now complete! You can color it brown or grey, with a darker back and lighter underbelly, and lighter and darker patches all over the body.

The general size of a Weddell Seal is 10 feet long and their weight can reach1,200 pounds.

The Weddell Seal when fishing will dive below their food and the fish are backlit against the ice. This makes the seal’s food easily visible and they can swim up and collect their food. Another thing the seal may do to eat is to blow cracks in the ice. This tactic will put small fish in the air making it easy to catch and eat. 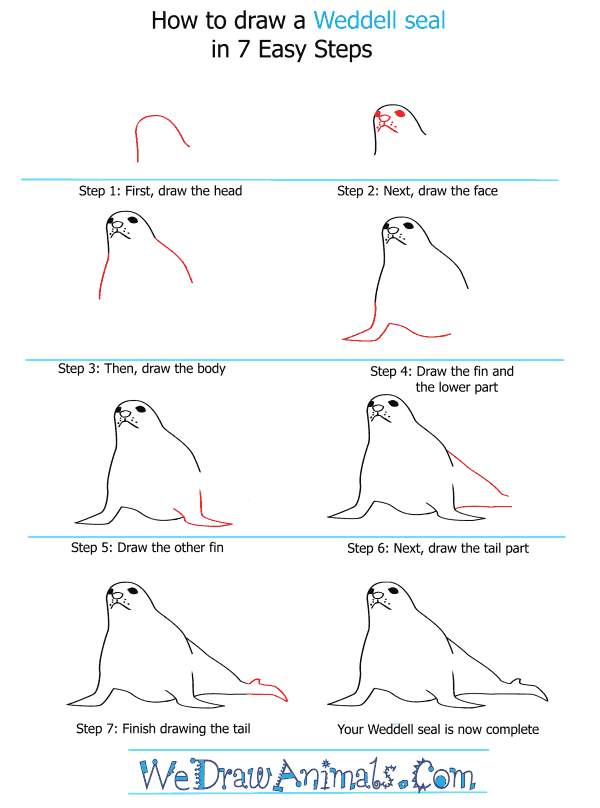 How to Draw a Weddell Seal – Step-by-Step Tutorial