How to Draw a Wood Frog 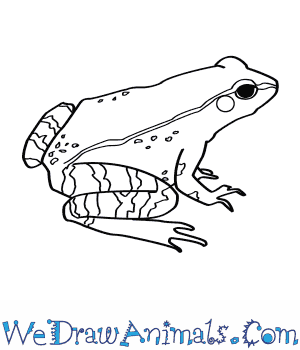 In this quick tutorial you'll learn how to draw a Wood Frog in 8 easy steps - great for kids and novice artists.

At the bottom you can read some interesting facts about the Wood Frog.

How to Draw a Wood Frog - Step-by-Step Tutorial 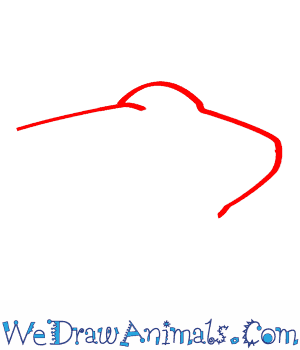 Step 1: Draw a curve with a bump on the top, which bends down under itself in a shorter curve. 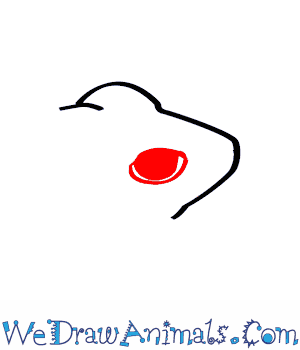 Step 2: In the middle of this shape, draw a seed-like shape with a large, dark circle inside of it. 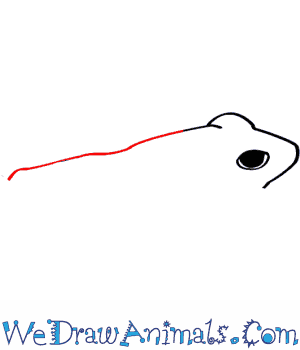 Step 3: Draw a line angling down from the back of the head. 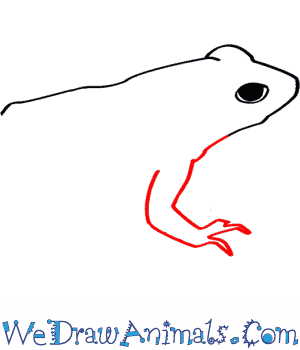 Step 4: From the lower end of the head, draw a downward curve, which bends out into a three-pointed foot, then curves back up to the body. 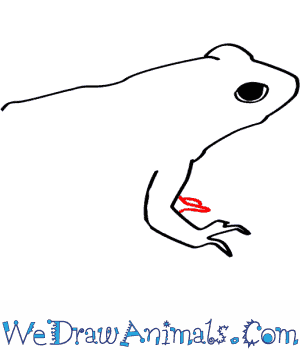 Step 5: From the midpoint in the curve of the first leg, draw a small three-pointed shape for the other front leg. 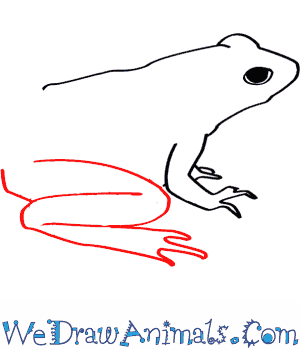 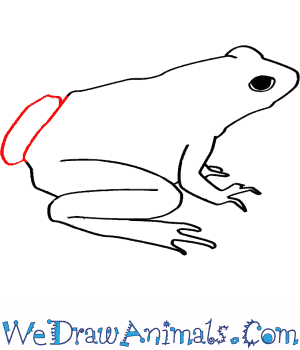 Step 7: Connect the rear end to the hind leg with an oval. 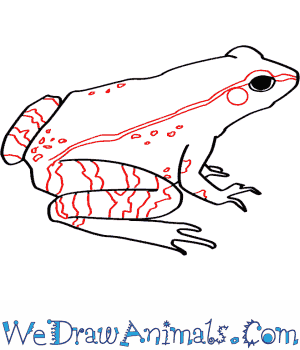 Step 8: Draw a circle behind the eye, a long line going from the eye to the rear end, and patches and circles on the legs, back, and rear. Done! You can color it tan, brown, or reddish-brown, with darker patches.

The wood frog is only native to North America living in only the United States and Canada. They inhabit the Northeast regions, northern Mid-west, and Alaska to Western Labrador in Canada mainly from North Dakota to Maine south to northern Georgia and Tennessee.Breeding takes place in pools of water instead of permanent bodies of water like lakes or ponds. This protects the eggs and tadpoles from large fish that may eat them. When the wood frog comes out of hibernation in early spring, the male will call a female and she will deposit eggs in the pool to branches or leaves and will develop from there.

The wood frogs main meals are invertebrates from the ground. The tadpoles feed on rotting plants, algae, and eggs including those of wood frogs. To eat, the adult frogs stick their tongue out and catch the food and pull it back to its mouth. 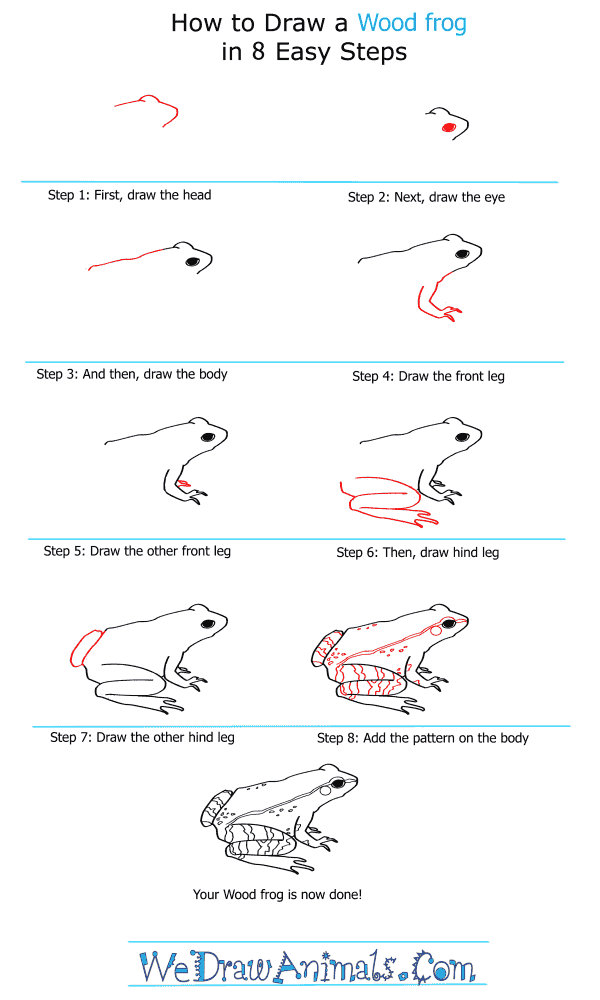 How to Draw a Wood Frog – Step-by-Step Tutorial