How to Draw a Weevil 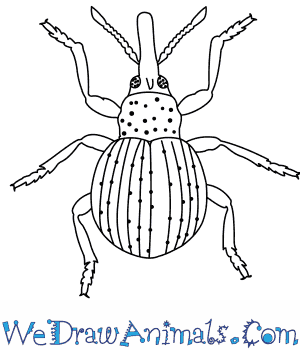 In this quick tutorial you'll learn how to draw a Weevil in 9 easy steps - great for kids and novice artists.

At the bottom you can read some interesting facts about the Weevil.

How to Draw a Weevil - Step-by-Step Tutorial 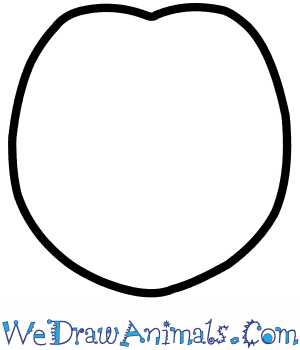 Step 1: To start drawing the Weevil, first draw the body by making a rounded out heart shape. Weevils look like a common beetle in shape. 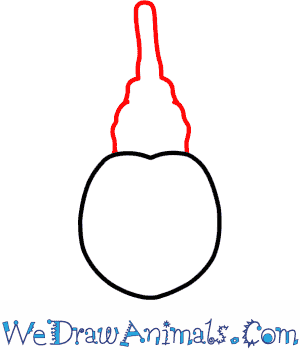 Step 2: Next, add the head by drawing bumpy lines, and two long lines at the top closed off with a round tip. 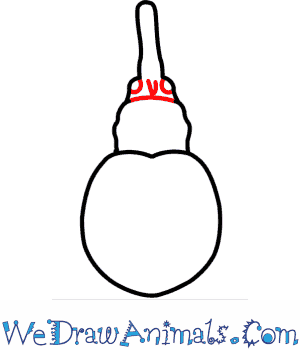 Step 3: Draw the face by making two small circles just before the tip of the nose and a curved line underneath the eyes. Add a small 'v' shape between the eyes for more detail. 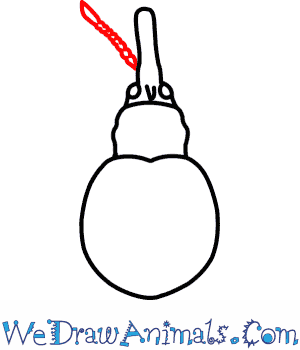 Step 4: For the first antenna, create a line made out of small connected circles, as shown. 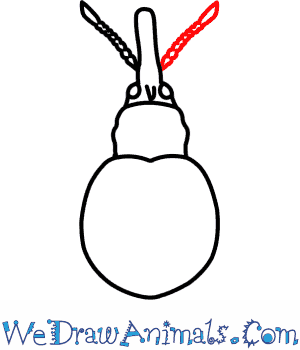 Step 5: Use the same technique for the second antenna on the right side of the head. The Weevil lives in mostly grassy areas. 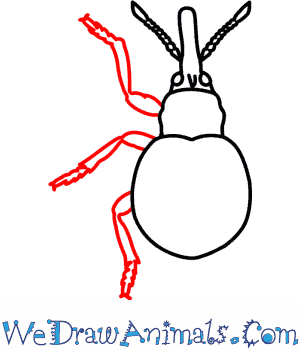 Step 6: Draw the first three legs on the left by making curved lines that close off in the middle. Add rough lines at the ends for the feet. 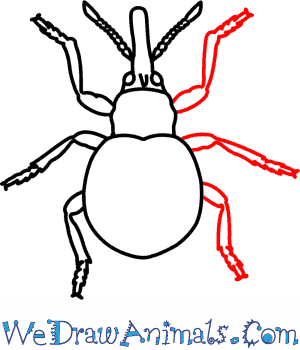 Step 7: Continue by drawing the three right legs similar to the left ones. 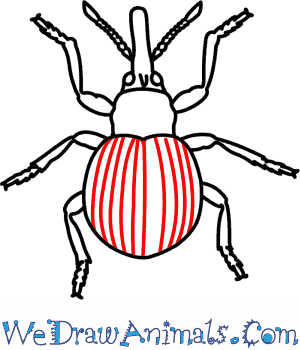 Step 8: Draw lines down the body for the pattern. 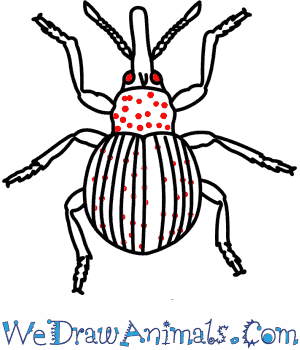 Step 9: Finally, draw a bunch of dots on the head to finish the pattern, and color the eyes black. To color the Weevil, use dark gray and brown along the body and head. The ends of the feet and antennae are black.

Not much is known about Weevils. They are beetles that are native to Scotland. Weevils are found in on the Northern and Southern island. They live in grasslands and abandoned places. Their larvae are hatched in red clover fields and eat red clover blooms in their first stages of life. A black Weevil looks like a common beetle with orange patches above its leg. Scientists haven’t found out much about the way it lives, but it is considered a common insect in its home areas.

Lesson Plan Note: Since Weevils are so isolated the subject is a good component to a study of all the localized animals on these islands. Weevil coloring sheets are good for younger children. 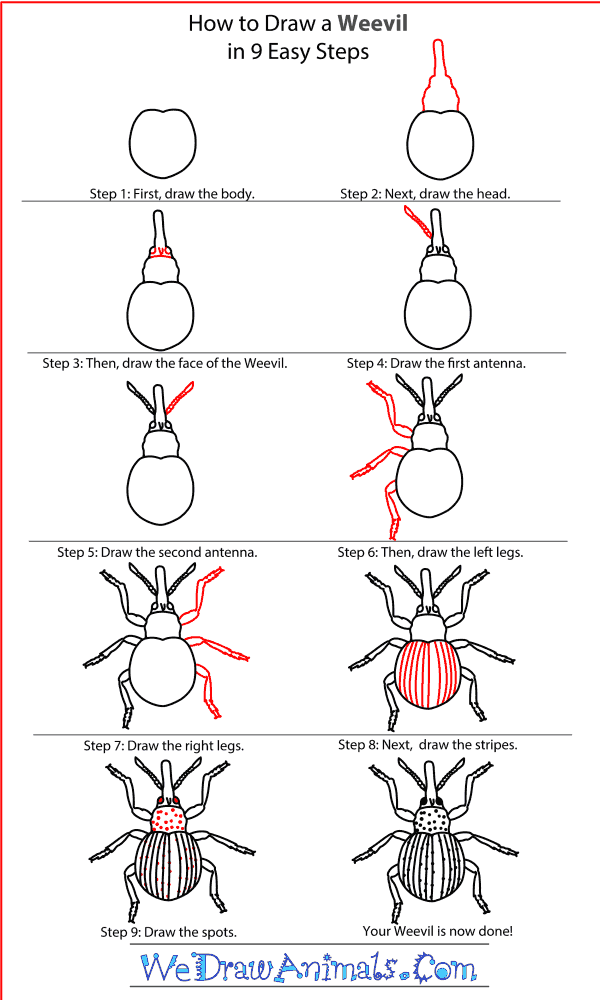 How to Draw a Weevil – Step-By-Step Tutorial