How to Draw a Thresher Shark 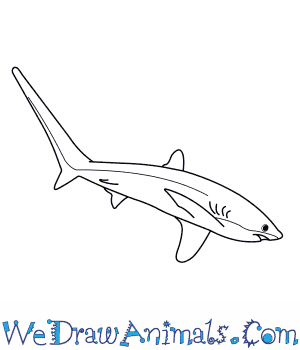 In this quick tutorial you'll learn how to draw a Thresher Shark in 7 easy steps - great for kids and novice artists.

At the bottom you can read some interesting facts about the Thresher Shark.

How to Draw a Thresher Shark - Step-by-Step Tutorial 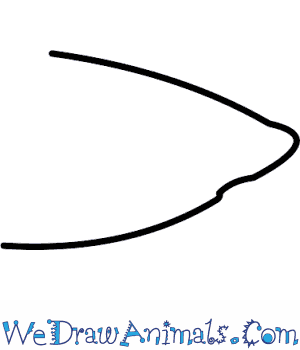 Step 1: Draw the head by making a round cone shape, leaving the wide part open. Also, make a small bump on the pointy side of the shape for the mouth. 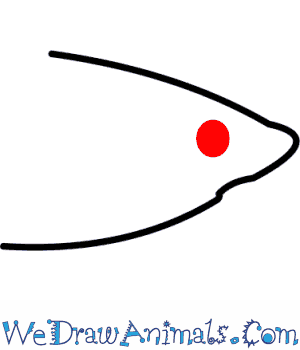 Step 2: Next, add a circle for the eye, and color it black. The eyes of the Thresher Shark a bit larger that other sharks. 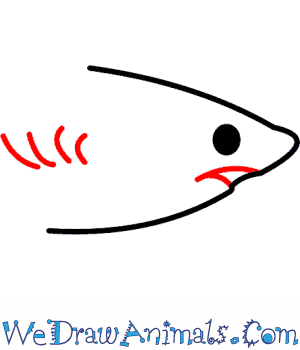 Step 3: For the mouth, draw a curved triangle shape. These sharks eat tuna, squid, and mackerel. Add the gills by by drawing four curved lines behind the eyes and mouth. Like all sharks, the Thresher Shark must constantly move to keep water going into the gills. 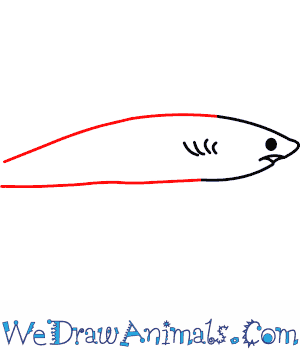 Step 4: Draw the body by making two long curved lines. Make them a little closer together at the end. Thresher Sharks can grow up to be sixteen feet long! 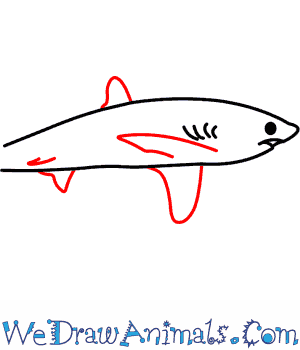 Step 5: Draw the top fin by making a rounded triangle shape. Next, add the four fins on the body. The two front fins should be the biggest of all the fins. 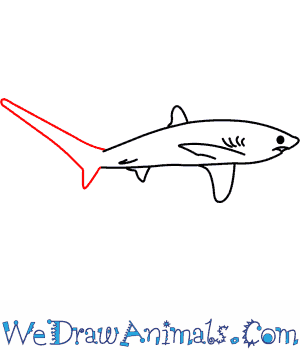 Step 6: Add the long tail by making two round triangle shapes. Notice the tail is much longer than on other sharks. 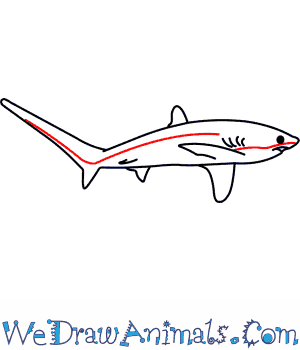 Step 7: Make the patterns on the body by drawing one long curved line through the body and tail, and another line between the mouth and eye. Use gray and blue to color your Thresher Shark.

Thresher Sharks are found in shallow waters in the Pacific and the Atlantic oceans. There are three species of Thresher Shark: the Pelagic Thresher, the Bigeye Thresher, and the Common Thresher. They can be found in the northern Pacific near North America and Asia. Also in the central and western Pacific in warmer waters the Bigeye is easier to find. A common thresher can reach 20 feet, a Bigeye is the next largest can reach 16 feet, and the smallest is 10 feet long. All threshers are slender and long finned. They can be brown, blue, and even a purplish grey, plus any variation in between. Thresher Sharks like to eat sea life that like to travel in schools. That includes tuna, squid, mackerels, and cuttlefish. 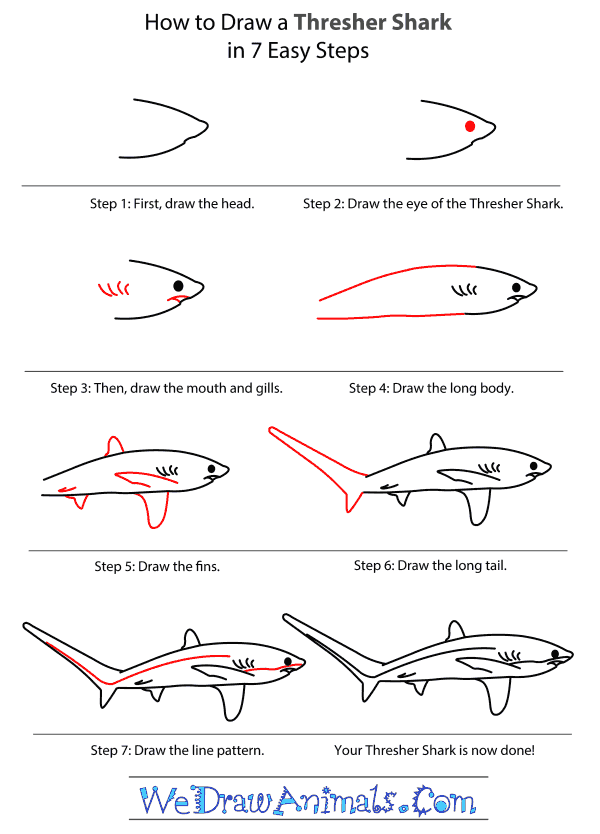 How to Draw a Thresher Shark – Step-By-Step Tutorial