How to Draw a White Ibis 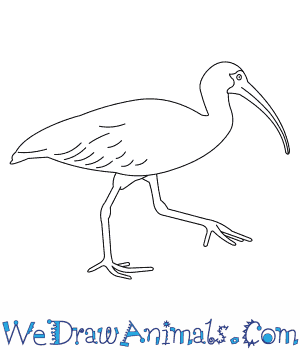 In this quick tutorial you'll learn how to draw a White Ibis in 7 easy steps - great for kids and novice artists.

At the bottom you can read some interesting facts about the White Ibis.

How to Draw a White Ibis - Step-by-Step Tutorial 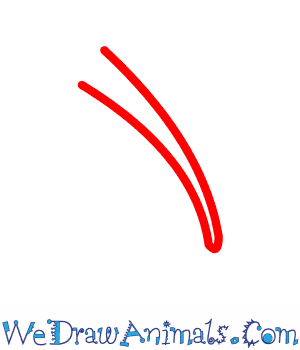 Step 1: First, draw a curved line for the beak of your white ibis. They stick this long beak in the water to feel for prey that they can't see. 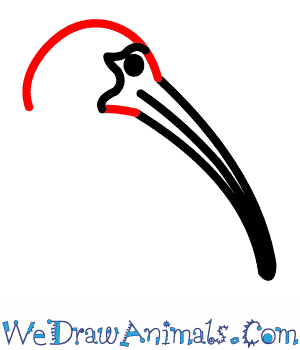 Step 2: Now draw the head. It is rounded. 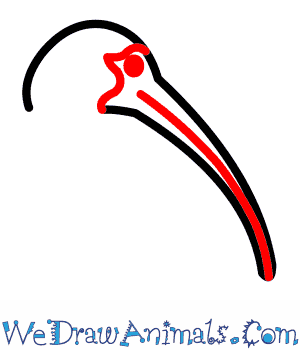 Step 3: Add a line to divide the beak in half, and another line across the top of the beak. Add an eye. 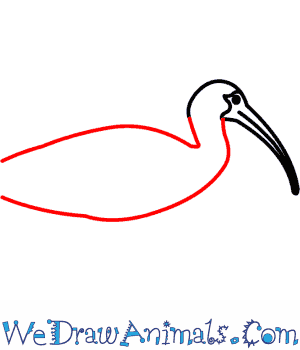 Step 4: Next, draw the body. Start with a neck, and then make two curves. Leave space for the tail. 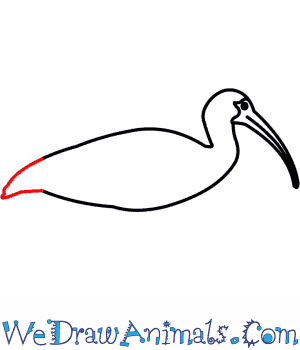 Step 5: The tail can be drawn as a triangle that droops slightly downward. 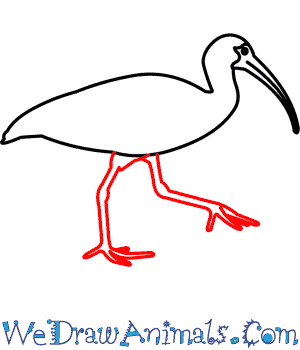 Step 6: Give your bird long, thin legs. He needs them long so that he can stand in the shallow water. 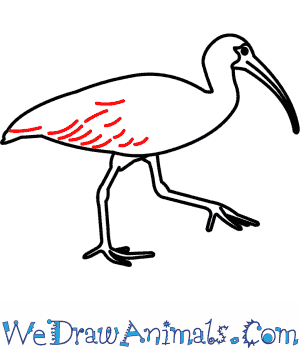 Step 7: Last, add the feather pattern. To color your white ibis, the bird's beak and legs are an orange-red. Leave the feathers white.

Interesting Facts about the White Ibis

The American white ibis (Eudocimus albus) is a bird that is found in many coastal areas throughout North and Central America. This is a medium sized bird with a long, curved bill and white and black feathers.

Lesson plan note: Show a picture of the American white ibis and discuss how the shape and length of its beak and webbed feet would help aid its ability to find food and navigate in its natural environment. 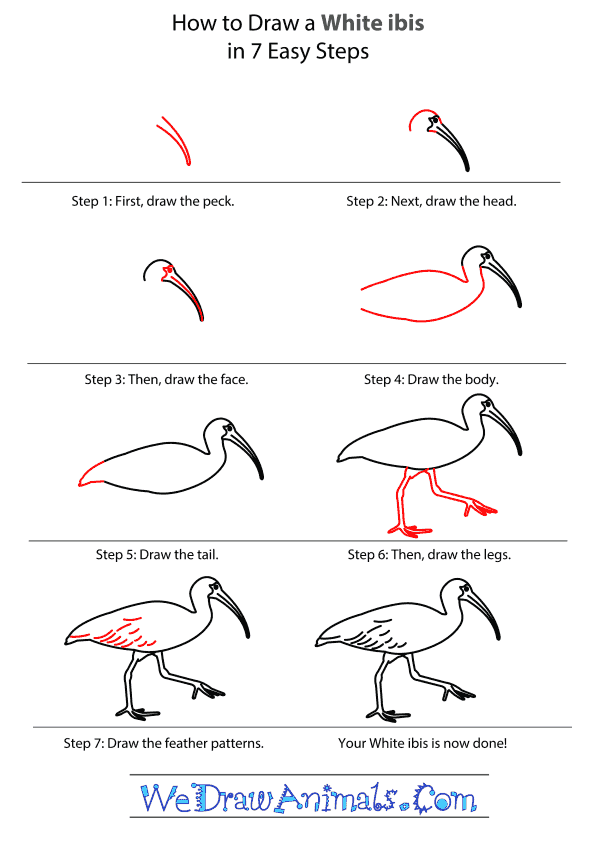 How to Draw a White Ibis – Step-by-Step Tutorial