How to Draw a Wigeon 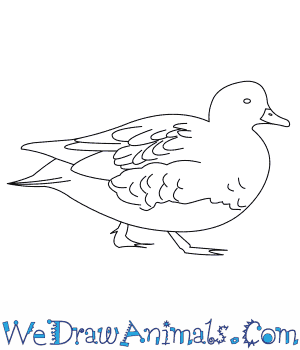 In this quick tutorial you'll learn how to draw a Wigeon in 7 easy steps - great for kids and novice artists.

At the bottom you can read some interesting facts about the Wigeon.

How to Draw a Wigeon - Step-by-Step Tutorial 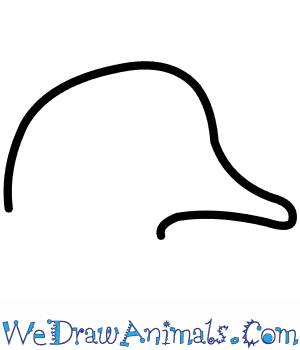 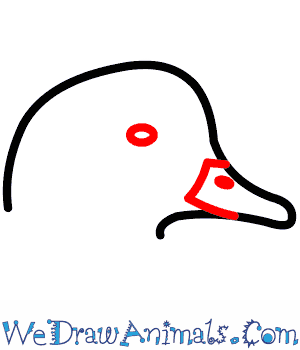 Step 2: Give your bird an eye and a line for the beak. Add a dot for the nostril. 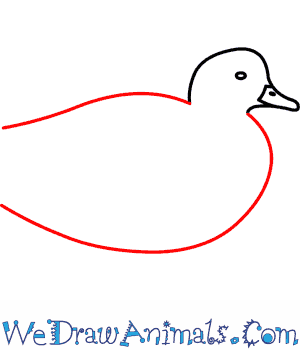 Step 3: Now draw the body. The front of the bird will have a line with a much bigger curve. Leave the back open for the tail. 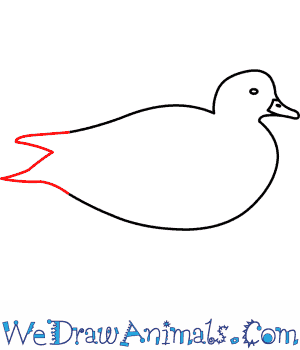 Step 4: Add the tail in the shape of an M on its side. 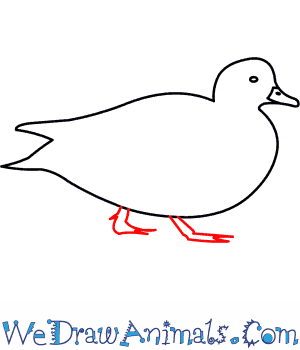 Step 5: Add legs to your duck. They are short and have wide, webbed feet. 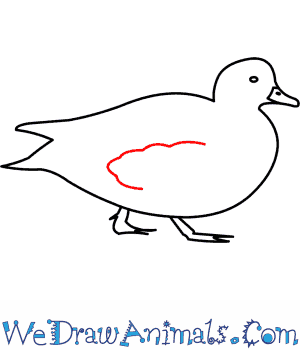 Step 6: Make a wavy line for the wing. 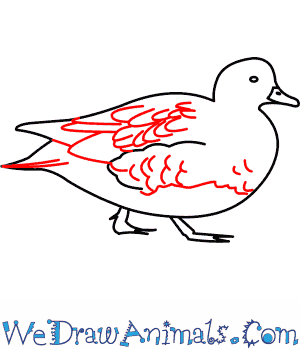 Step 7: Lastly, add the feather pattern. Your wigeon is done. If you'd like to color it, its body is pinkish-brown but it's forehead and beak are white.

Interesting Facts about the Wigeon

The wigeon (Anas penelope) is a medium-sized duck that is found across Asia and Europe. They usually nests near wetlands and marshes and lay their eggs on the ground near water. Outside of breeding season they can usually be found around large bodies of water such as lakes or reservoirs. 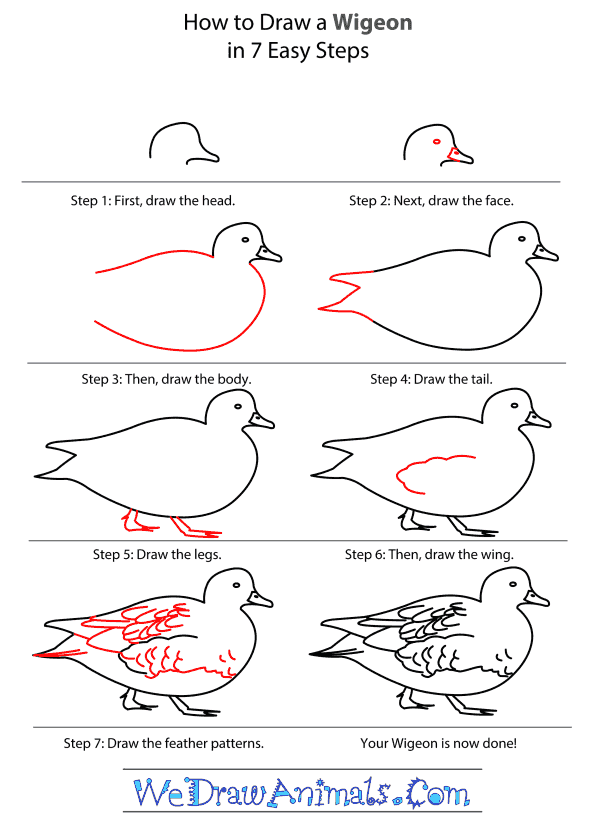 How to Draw a Wigeon – Step-by-Step Tutorial