How to Draw a White-Tailed Eagle 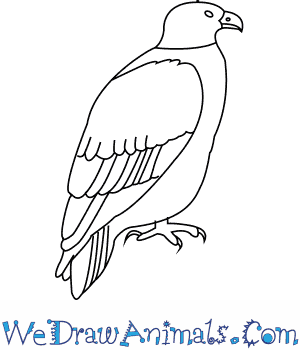 In this quick tutorial you'll learn how to draw a White Tailed Eagle in 6 easy steps - great for kids and novice artists.

At the bottom you can read some interesting facts about the White Tailed Eagle.

How to Draw a White Tailed Eagle - Step-by-Step Tutorial 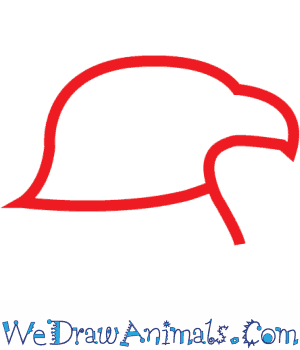 Step 1: Let's start with the white-tailed eagle's head. Draw a round, flat-topped head with a small beak that curves downwards. Draw a line that seperates the head from the body. 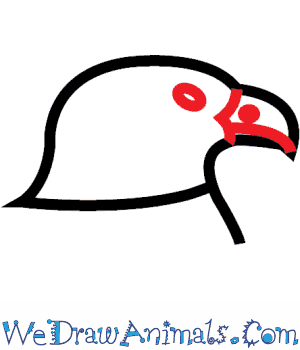 Step 2: Let's add a bit of detail to the bird's face. Draw a small circle for the eye and detail the beak. 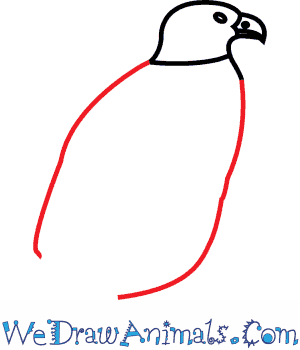 Step 3: Now we can draw the body. Draw two lines down starting at the head, leaving a gap for the tail. 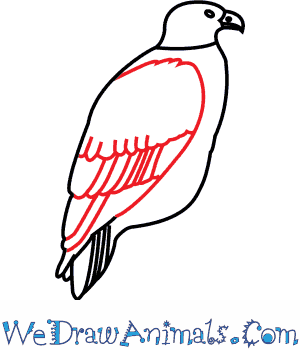 Step 4: Okay now for the wings. The white-tailed eagle's wingspan is the largest of any eagle! Draw an oval shape that becomes pointy at the bottom left, and then draw separate sections for the feathers, starting from the middle of the wing. 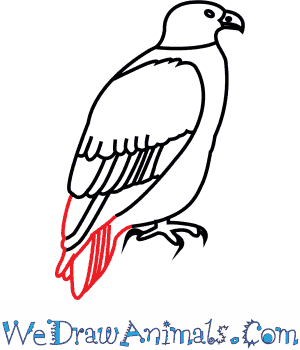 Step 5: The tail is easy! Draw more the same separate sections completely vertical at the eagle's base. Then connect a line to the body. You're almost done. 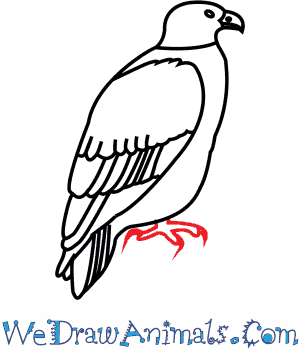 Step 6: Lastly, draw the white-tailed eagle's foot with three long claws. This he needs to grab and hold on to his prey!

Interesting Facts about the WHITE-TAILED EAGLE

The White-Tailed Eagle is a member of the bird family and the scientific term for them is Haliaeetus albicilla. Other common names for this animal are the White-Tailed Sea-Eagle, the Sea Eagle, the Erne, and the Ern. It is closely related to the Bald Eagle, and prefers similar types of places but lives in Europe and Asia instead of North America.

They greyish brown bird prefers fresh fish to eat but will steal from other animals and even eat dead humans. It will stay with same mate for the rest of their life, but if she or she dies, replacing them can be done quickly. During mating, the male will grab the feet of the female during flight, and they will fall together in a spiral motion. 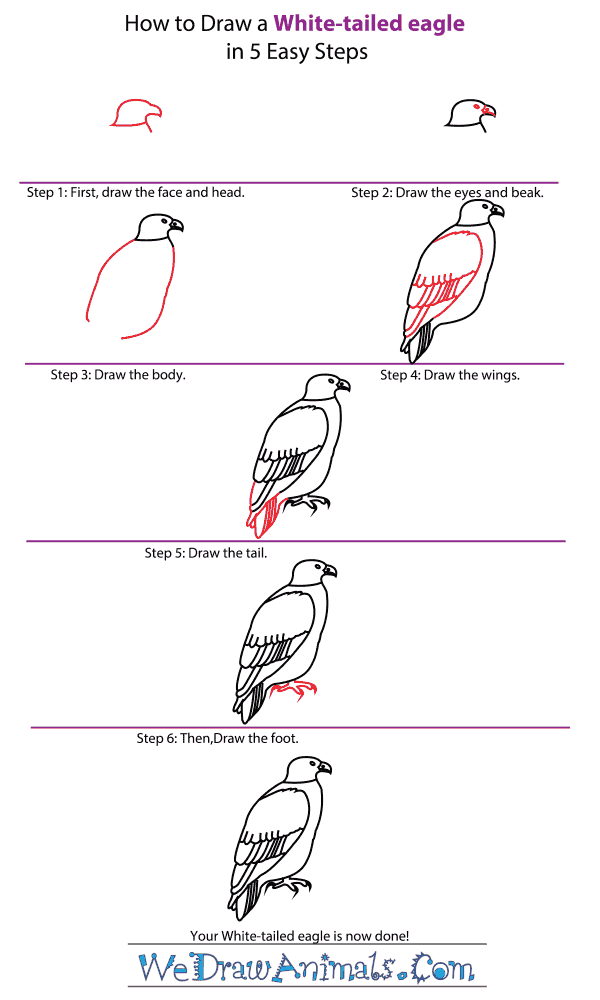 How to Draw a White-Tailed Eagle – Step-by-Step Tutorial