How to Draw a White-Breasted Nuthatch 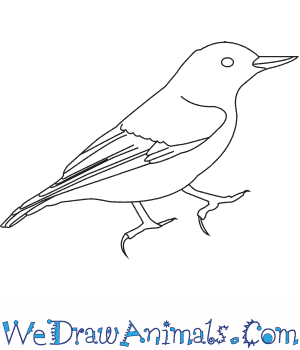 In this quick tutorial you'll learn how to draw a White Breasted Nuthatch in 7 easy steps - great for kids and novice artists.

At the bottom you can read some interesting facts about the White Breasted Nuthatch.

How to Draw a White Breasted Nuthatch - Step-by-Step Tutorial 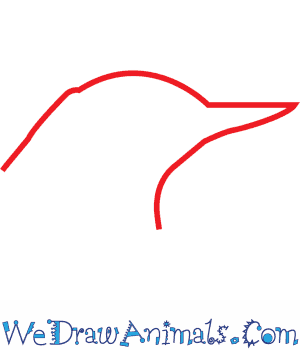 Step 1: Let's start with the head. Draw a line that slopes up and down into a long, sharp beak, and then down for the neck. 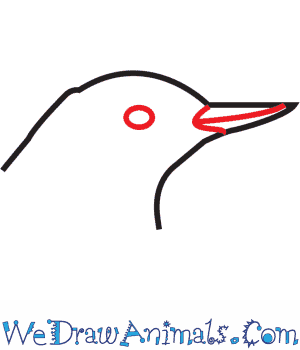 Step 2: Now we can add some detail. Draw a circle for the eye and two lines for the songbird's mouth. 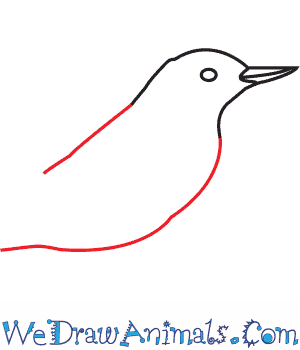 Step 3: Draw the body by making a diagonal line for the top. Then, draw a curved line for the nuthatch's belly. Leave a gap for the wing. 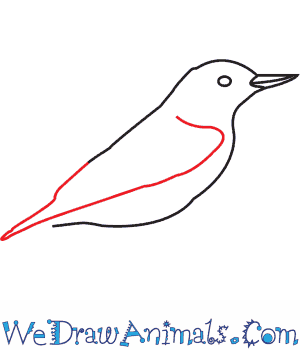 Step 4: Alright, now draw a that starts near the back of his head - don't connect it - and curves sharply downwards into a point at the bottom left. Connect it to the top line. 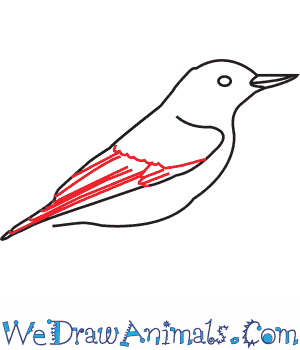 Step 5: Let's add in some wing detail by drawing a pattern of the bottom part. Make a gritty line from one side to the other, and then lots of diagonal lines towards the pointy end of the wing. 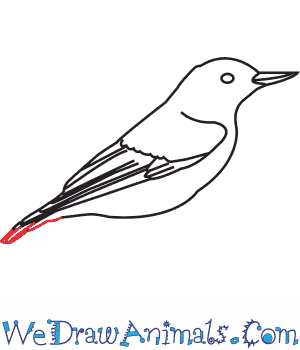 Step 6: Connect the body and draw the tail. 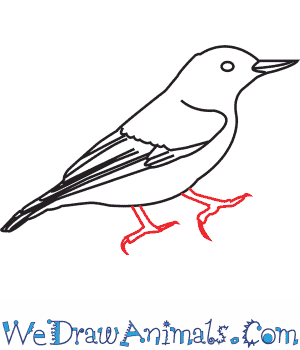 Step 7: This is the last step! Our white breasted nuthatch needs feet - draw thin upside down "T" shapes with two claws on each side.

Interesting Facts about the WHITE-BREASTED NUTHATCH

The White-Breasted Nuthatch is a member of the bird family and the scientific term for them is Sitta carolinensis. They get their name from males being “White-Breasted” and their habit of being a “Nuthatch” (hatching a nut by breaking its shell and eating the inside). The word “Sitta” is Greek for Nuthatch and “carolinensis” is Latin for Carolina. This small songbird lives anywhere from Canada to Mexico.

This species is white with a bluish grey back. They don’t migrate very much, but instead focus on finding insects and seeds within their local area. It prefers making homes near large trees, and create the nest in holes of them, but smear the opening with dead insects to discourage squirrels from taking their nuts. This animal can climb down trees head first, and walk under branches. The species is very versatile, hunting alone or in pairs, and adapting to available food. 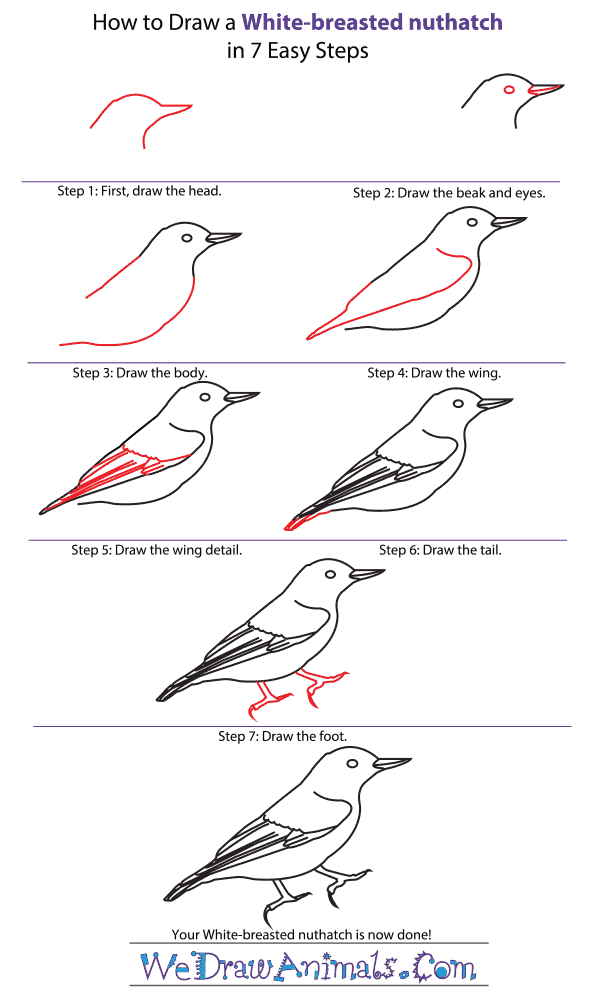 How to Draw a White-Breasted Nuthatch – Step-by-Step Tutorial