How to Draw a Whitetail Deer 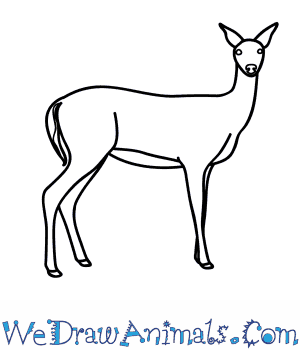 In this quick tutorial you'll learn how to draw a Whitetail Deer in 8 easy steps - great for kids and novice artists.

At the bottom you can read some interesting facts about the Whitetail Deer.

How to Draw a Whitetail Deer - Step-by-Step Tutorial 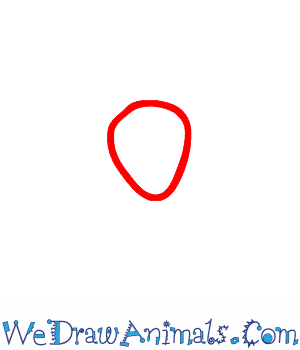 Step 1: Drawing a Whitetail Deer is simple! Start by making the head by drawing an oval with a wider top than bottom. 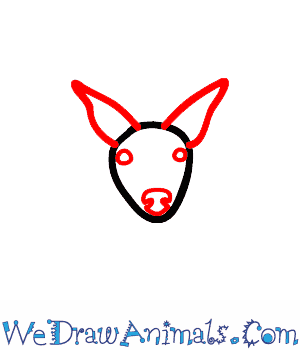 Step 2: Now draw in two triangles on either side of the head, pointing up slightly to make the ears. Now put in two circles just beside the ears to make the eyes. Now add a funny, bumpy shape that is like an oval with two round bumps near the top on either side to make the nose, just at the bottom of the face. 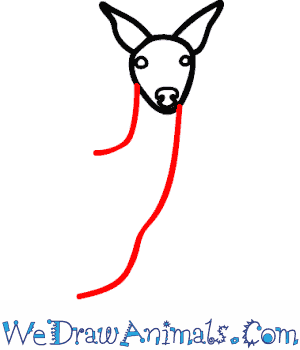 Step 3: Below the left ear, draw a down and left slanting line that curves near the end to make part of the neck. Then draw a line that starts on the right side of the deer's face, and goes down before curving down and to the left to make the chest. 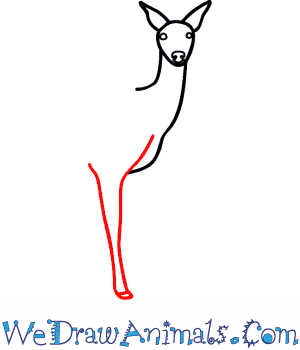 Step 4: For the first leg and hoof, make a line that slants down and to the left that starts just above the line at the bottom of the chest. It should then curve down, curving a bit to the right at the very bottom. Then on the left side, draw a line that curves very slightly at the top, before slanting down with a slight wobble, to imply powerful muscles in the leg. It should slant towards the front at the bottom, and draw a line just above the very bottom of the leg you've made to create the hoof. 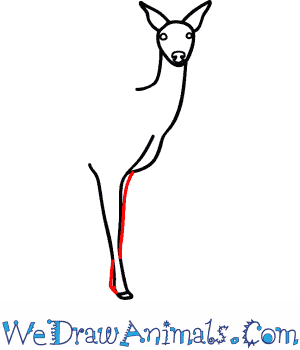 Step 5: For the other front leg, simply draw a slanted line that nearly borders the front leg on the right hand side, disappearing near the bottom. On the other side, near the bottom, draw another slightly slanted and curved line to hug the back of the front leg. And there, you've now implied the existence of another leg. 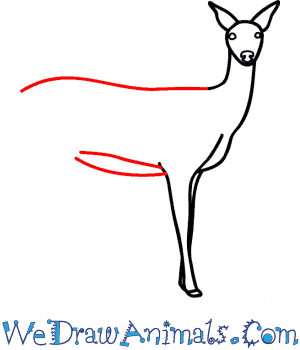 Step 6: To draw the back and the belly, start by making a flat line that starts from the back of the neck, and goes left. Near the end there should be a small hump to imply a hip. The belly should start with a line just behind the leg, and going back. It should be short to leave room for other legs, and curve up slightly. 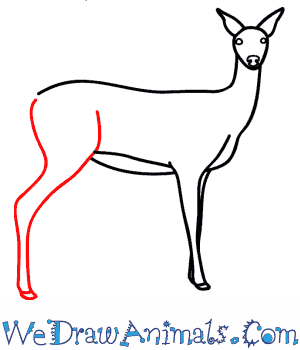 Step 7: The back leg is going to be different from the front, it needs to be bigger so the antelope can leap and run! Draw it with two lines. The first will start above its belly, and curve down, and turn towards the front very slightly! The second line should start very near the antelope's rear, and curve inward, before following the front line down to a hoof. 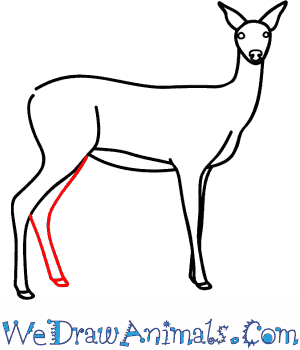 Step 8: The last leg will be just to the right of the back leg you've drawn. It should be made of two lines, one starting at the joint between the back and leg and the belly, the other starting about halfway down the 'calf' of the back leg. The lines should slant down and to the left at first, before turning to slant down and to the right. Near the bottom there should be a line that makes the hoof. Add a small curve just behind the Deer's rear to make the tail. This will be a large, fluffy tail that is pointing down at the back.

Whitetail deer, also known as whitetails, are native to North America, Central America, and South America. There are about 40 subspecies of whitetail deer. They can adapt to almost any habitat. 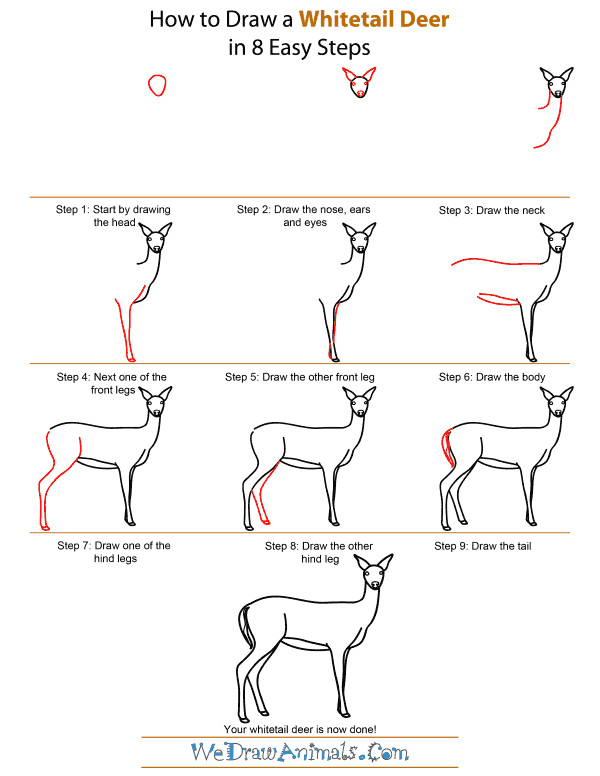 How To Draw A Whitetail Deer – Step-by-Step Tutorial