How to Draw a Wildcat 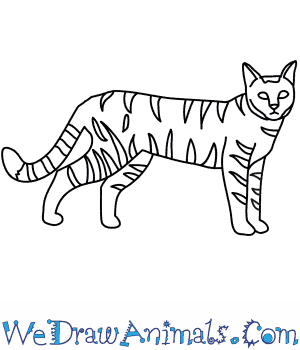 In this quick tutorial you'll learn how to draw a Wildcat in 9 easy steps - great for kids and novice artists.

At the bottom you can read some interesting facts about the Wildcat.

How to Draw a Wildcat - Step-by-Step Tutorial 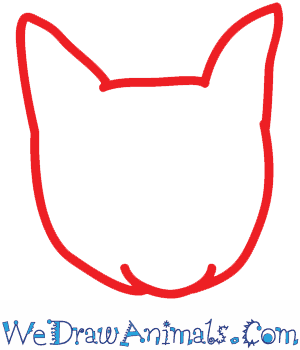 Step 1: When drawing a Wildcat you will want to start by drawing its head. Draw a curved line that forms into two points on the top of the head. 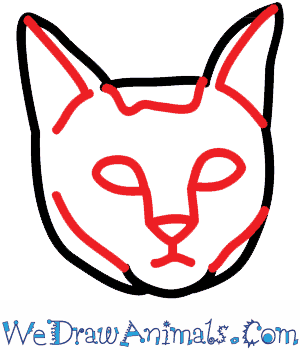 Step 2: The next step is to draw your face. Start with drawing two circles for the eyes, then add triangles for the nose and ears. Add lines to create the mouth, connect the nose, eyes, and ears. 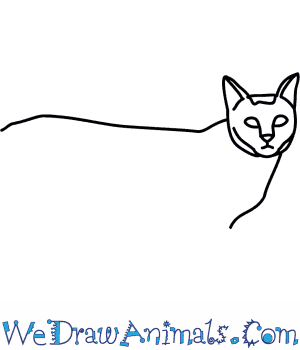 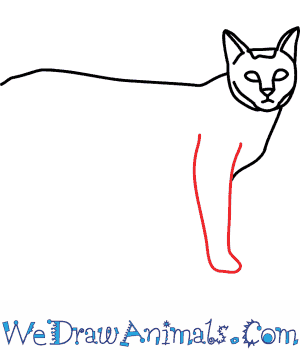 Step 4: Next draw the front leg by drawing two parallel lines that connect at the bottom. 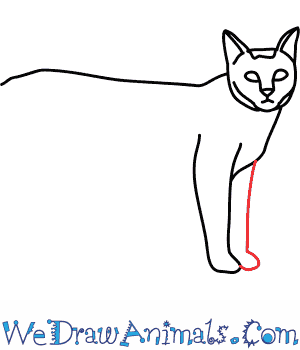 Step 5: Draw the other front leg, by drawing a half of the first leg behind it. 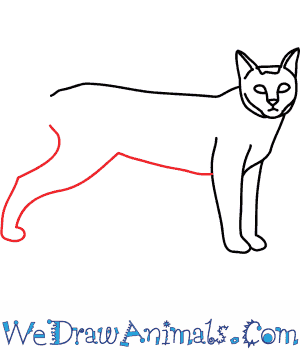 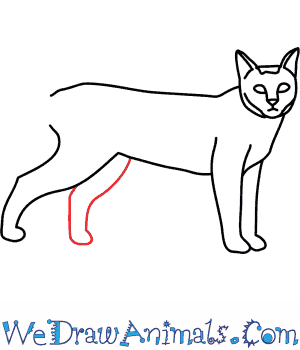 Step 7: Next draw the other hind leg just like the other one coming out from the back of the body. 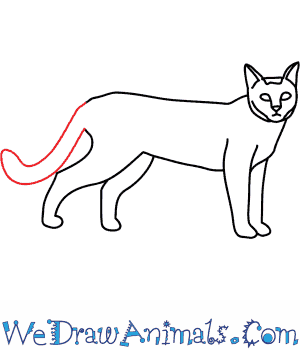 Step 8: The next step is to draw the tail by drawing to curved lines that come together and the end. 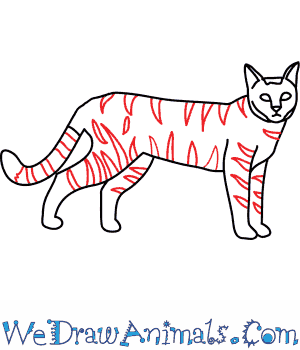 Step 9: For the final step in the drawing, you need to add the pattern. Using triangle and rectangle shapes, create the pattern above. You have now successfully drawn a Wildcat.

Wildcats are a very common animal. They can be found in Africa, Europe, India, China, and Mongolia. Wildcats are larger than a house cat. Their legs are longer and they really show very little difference between domesticated cats. Don’t be fooled though! Wildcats are dangerous predators that will eat anything smaller than them. They normally eat mice, rabbits, lizards, and sometimes birds. These cats aren’t normal house pets. Some parts of the world consider Wildcats pests. It is also well known that Wildcats will breed with house cats. In Scotland 90% of the population is a mix of domestic cats and some type of wildcat. In Africa it is very hard to find a pure wildcat. As time goes on people are trying to keep domestic and wildcats apart. The purebred population is watched very closely.

Activity: Stay-at-home moms and dads can plan a fun rainy or snowy day; baking is a great activity for bored kids. Mix up a batch of sugar cookie dough and refrigerate it overnight. The next day round up the kids and let them stamp out cookies with cat shaped cookie cutters. Mom or Dad should bake the cookies as directed.Round up the kids when the cookies are cool and let them ice the cookies with cake decorating tools or just store bought icing. The kids can give their cookies spots, stripes, or whatever pattern they want. The cat cookies can be as realistic or as whimsical as desired. 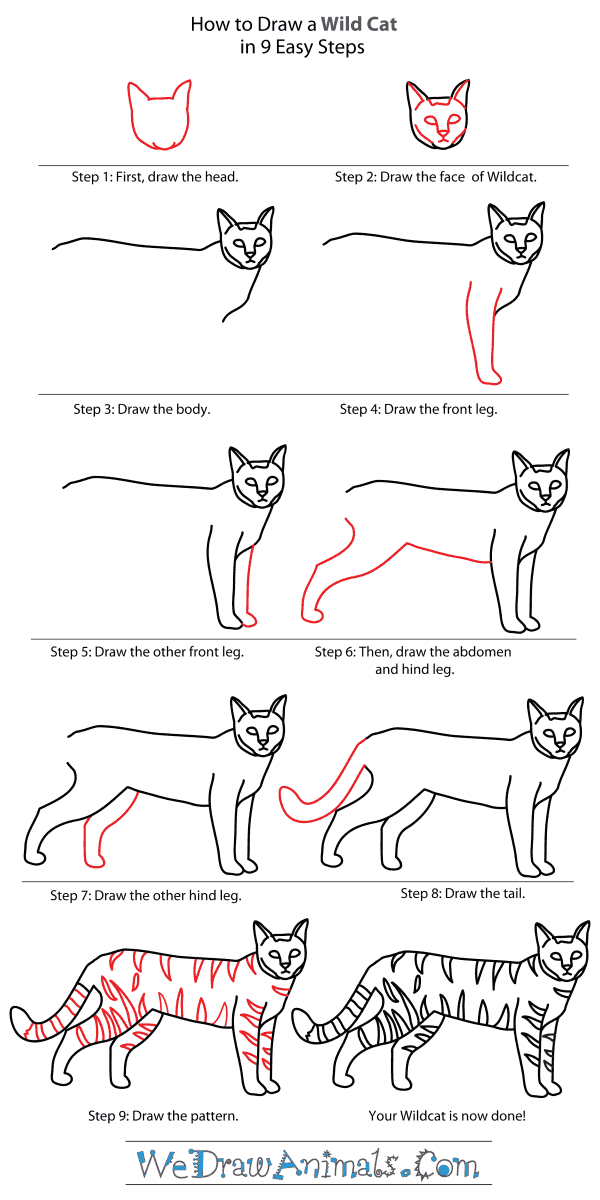 How to Draw a Wildcat – Step-By-Step Tutorial