How to Draw a Woma Python 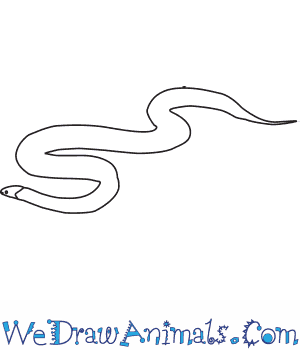 In this quick tutorial you'll learn how to draw a Woma Python in 6 easy steps - great for kids and novice artists.

At the bottom you can read some interesting facts about the Woma Python.

How to Draw a Woma Python - Step-by-Step Tutorial 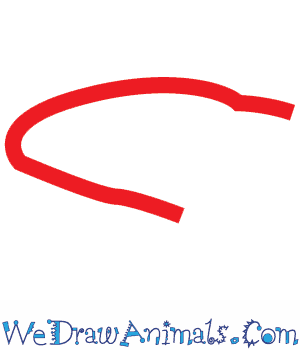 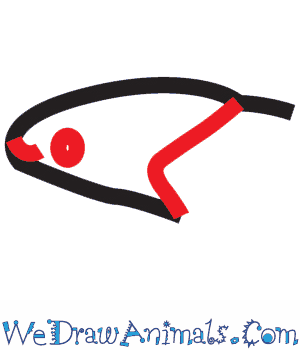 Step 2: Detail the face - draw a dot for the eye and a line seperating the head. 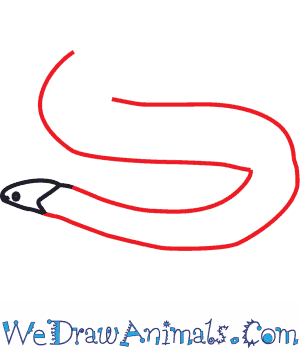 Step 3: Now draw two long curvy lines for the first half of the body - which is usually around four and a half feet long! 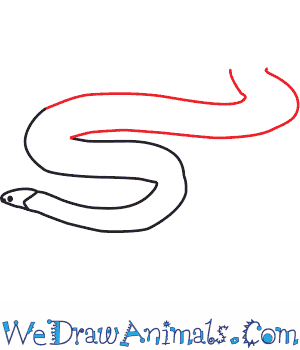 Step 4: Continue both lines and curve them upwards, leaving a gap for the final portion of the body and tail. 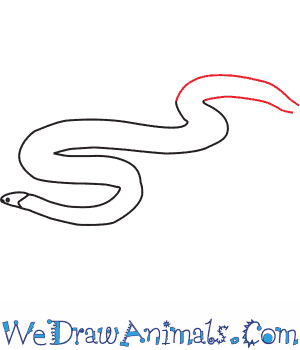 Step 5: Draw the third portion of the body by drawing two lines that stretch to the right. Leave a gap. 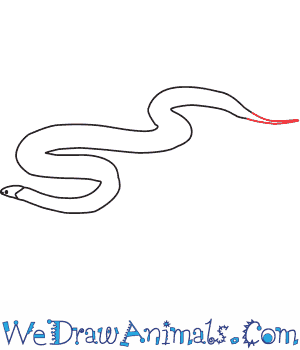 Step 6: Again, continue both lines and narrow them into a point for the tail.

Interesting Facts about the WOMA PYTHON

The Woma Python is a member of the snake family and the scientific term for them is Aspidites ramsayi. Other common names for this species are the Ramsay’s Python or the Sand Python. The name means shield bearer (Aspidites) because Mr. Ramsey (ramsayi) noticed the defensive shape of its head. This brown and white striped reptile is native to Australia, and is endangered of becoming extinct.

This primarily nocturnal species has a mouth that does not have slots on its face for sensing heat as other pythons do, since they feed mostly on cold lizards than warm mammals. In the daytime, they sleep in hollowed logs or under leaf debris. When traveling on hot sand, it minimizes contact with the ground by arching the body. 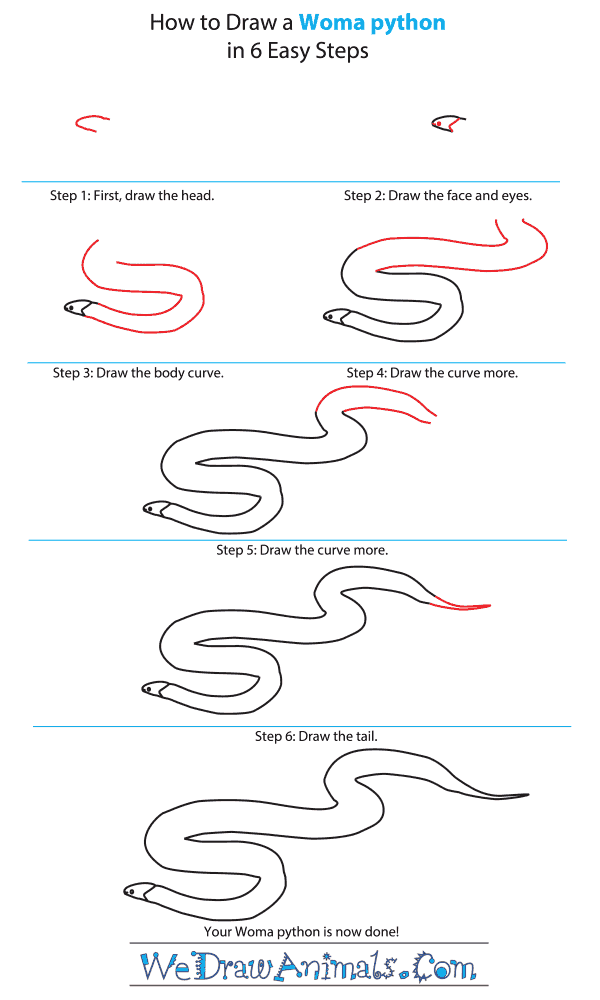 How to Draw a Woma Python – Step-by-Step Tutorial