How to Draw a Wood Thrush 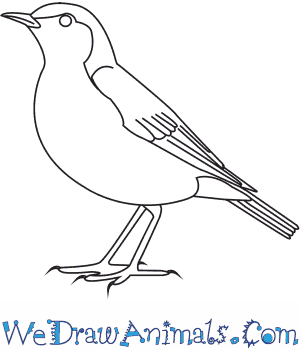 In this quick tutorial you'll learn how to draw a Wood Thrush in 7 easy steps - great for kids and novice artists.

At the bottom you can read some interesting facts about the Wood Thrush.

How to Draw a Wood Thrush - Step-by-Step Tutorial 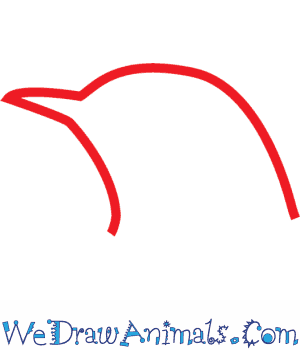 Step 1: Let's begin our little wood thrush with the head. Draw a curved line with a tiny, pointy beak. 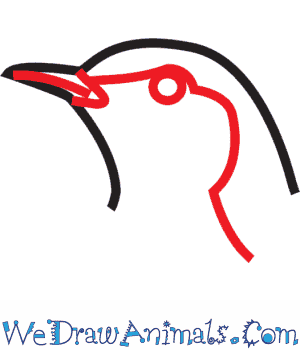 Step 2: Let's detail the face - draw a line to close the beak and a circle for the eye. Draw a line downwards to contour the face. 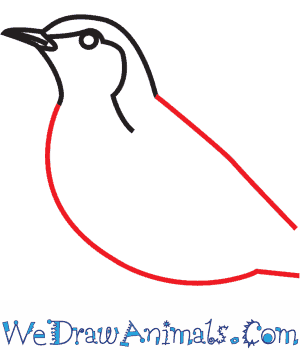 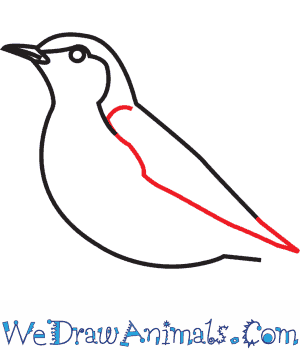 Step 4: To draw the wing, continue the back line into a point, then draw it up and curve it at the top. 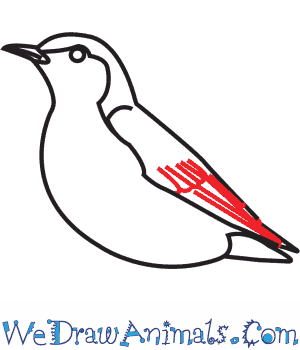 Step 5: Alright, now we can detail the wing. Draw some lines at the base of the wing to make seperation patterns. 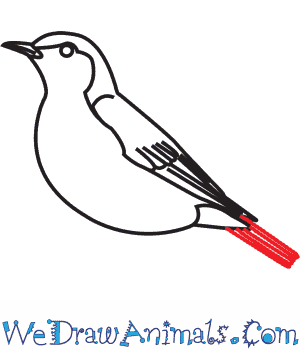 Step 6: Draw a rectangular, lined shape for the tail. 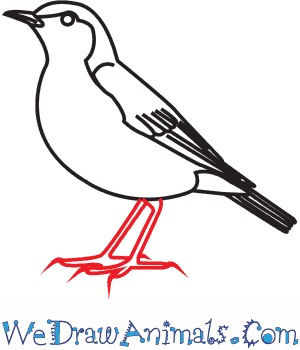 Interesting Facts about the WOOD THRUSH

The Wood Thrush is a member of the bird family and the scientific term for them is Hylocichla mustelina. This animal is popularly believed to have the most beautiful song in North America. Poets have written about this species, in how the complex and rhythmic sounds that it makes, affect the emotions. For the winter they visit Mexico. It is the official bird of the Capitol of the United States, Washington DC.

They are white with a brown back, spots on the chest, and pink legs, with females having the same appearance. This species mostly travels alone, but sometimes form flocks with different species of birds. They eat worms and fruit, and in large amounts during the summer season. During mating season, the female makes several circular flight patterns, as the male follows. 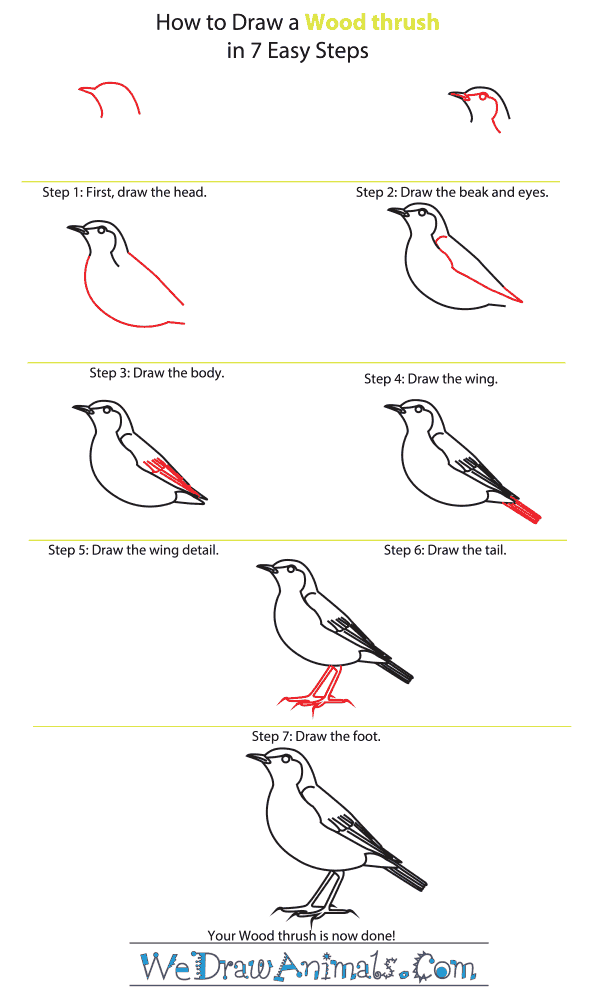 How to Draw a Wood Thrush – Step-by-Step Tutorial