How to Draw a Zebra Spider 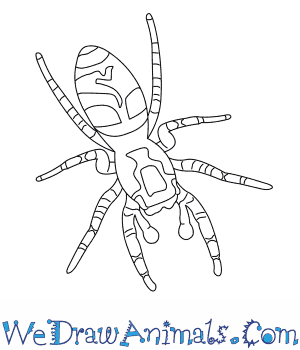 In this quick tutorial you'll learn how to draw a Zebra Spider in 6 easy steps - great for kids and novice artists.

At the bottom you can read some interesting facts about the Zebra Spider.

How to Draw a Zebra Spider - Step-by-Step Tutorial 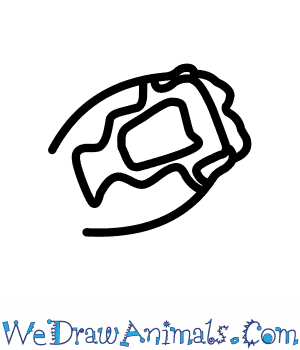 Step 1: First, let's draw the zebra spider's head. Make it rounded on two sides and flat in the front, leaving the back open. Add a shape that is mostly a rectangle in the center of the head. Add a zigzagging line around the rectangle that is smaller on one side than the other. Add a curved line with an indent at the front end of the head. 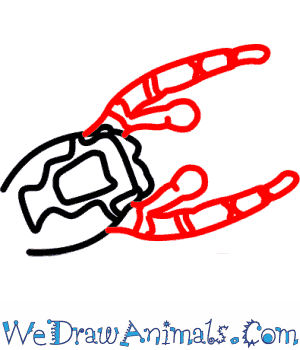 Step 2: Draw horns at the front of your spider and a small set of legs. Add lines going across them to make stripes. These stripes are what gives our spider its name. 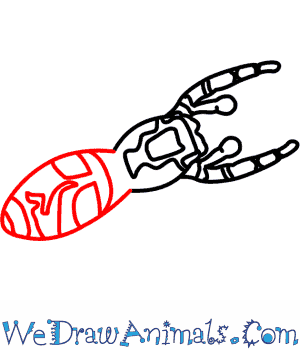 Step 3: Next, draw the oval shaped body. This body is small but it has a big body. Add lines here, too, to show detail. 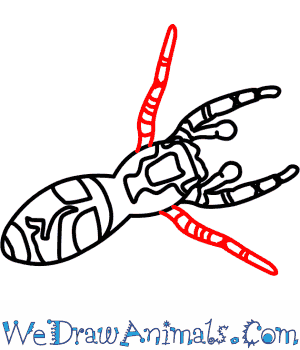 Step 4: Make two long legs with more stripes. The zebra spider is a jumping spider, so it has long legs! 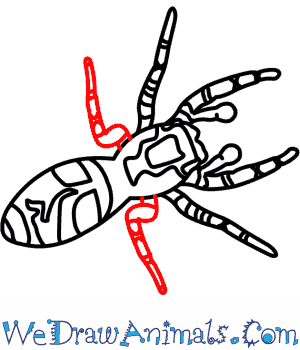 Step 5: The next set of legs are also long and thin but they are slightly bent. Keep adding stripes! 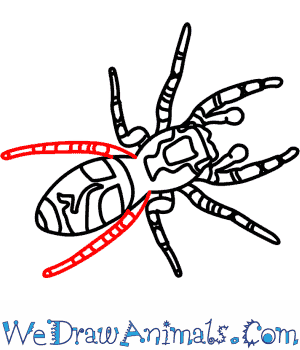 Step 6: Lastly, draw the hind legs. They are nearly straight. Add more stripes and color your spider black. Leave the stripes white and you have completed your zebra spider! Well done!

Interesting Facts about the Zebra Spider

As you might have guessed the Zebra Spider gets its name from the black and white stripes along its body. They are common all over the Western hemisphere especially in places like Great Britain where you can find them in gardens, houses, fields, or anywhere else. They are actually jumping spiders, which means they hunt down their prey then jump on it to attack it. Zebra Spiders use those jumping abilities instead of webs to catch their food.

Lesson plan note: Place a dot on the wall of one side of the classroom then have students see how well they can see it from the other side of the room. Then have each student look at a dot through a pair of binoculars so they can see the difference the Zebra Spiders forward facing eyes make. 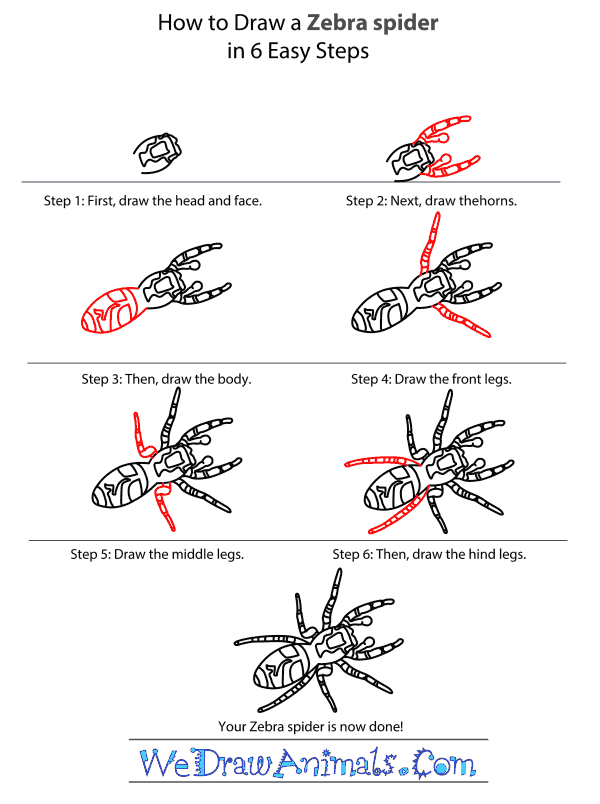 How to Draw a Zebra Spider – Step-by-Step Tutorial