How to Draw a Yellow-Billed Cuckoo 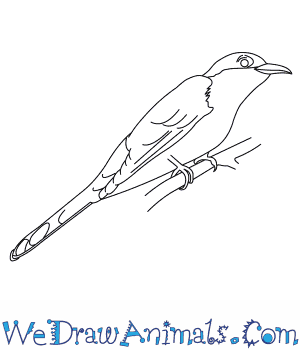 In this quick tutorial you'll learn how to draw a Yellow Billed Cuckoo in 6 easy steps - great for kids and novice artists.

At the bottom you can read some interesting facts about the Yellow Billed Cuckoo.

How to Draw a Yellow Billed Cuckoo - Step-by-Step Tutorial 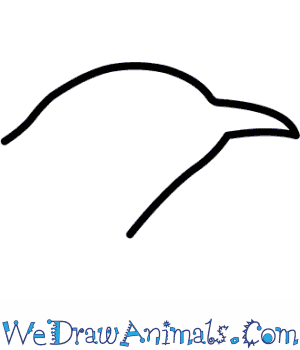 Step 1: Let's start with the head of our yellow billed cuckoo. Make the top rounded and add a small, pointed beak. 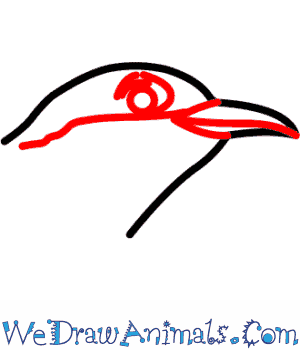 Step 2: Next, add an eye. Draw a line dividing the beak in half, and another to separate it from the head. Draw a line for the facial markings across the middle of the bird's head, just below the eye. 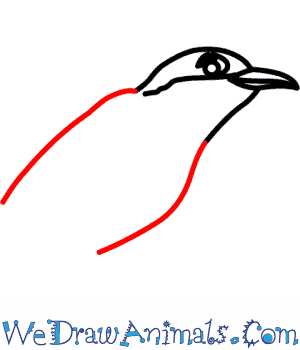 Step 3: Now, add the body. This is a small bird so the lines are fairly close together. 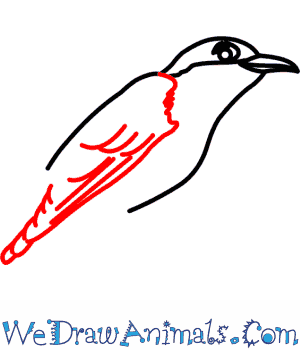 Step 4: Then draw the wing. It is pointed at the bottom, straight on the side, and has an indent up near the top. Add lines to show the feathers. 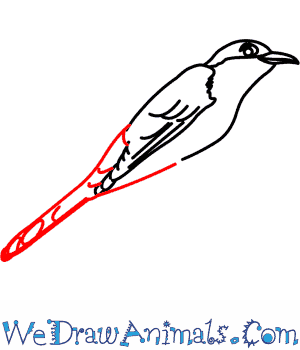 Step 5: Draw the tail next. It looks like a letter Y. Leave a small gap for the leg. Draw lines to make the markings. 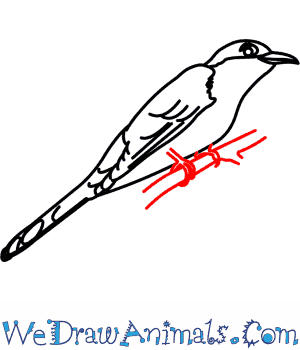 Step 6: Add the small legs and clawed feet. Give your bird a branch to perch on. You're done! The yellow billed cuckoo is brown on the head and back, with a white belly and white circles on the tail. It has a yellow beak. These cuckoos eat hairy caterpillars and have been known to respond back to thunder!

Interesting Facts about the Yellow-Billed Cuckoo

Yellow-Billed Cuckoo’s are easily recognized by their long downward curved beaks and long tails with large white spots on the bottom. They can be found throughout the United States, Canada, Central and South America in densely packed trees where they hunt small insects like caterpillars, lizards, and the eggs of other birds. Yellow-Billed Cuckoo’s have been a sudden decline in the United States especially in the western states where they’ve almost completely disappeared. 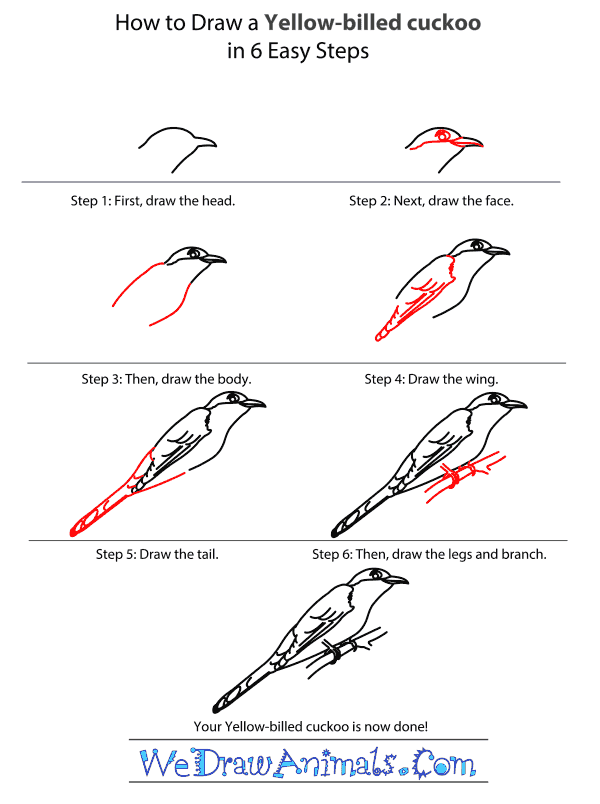 How to Draw a Yellow-Billed Cuckoo – Step-by-Step Tutorial