How to Draw an Addax 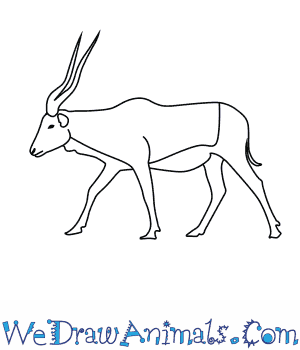 In this quick tutorial you'll learn how to draw an Addax in 6 easy steps - great for kids and novice artists.

At the bottom you can read some interesting facts about the Addax.

How to Draw an Addax - Step-by-Step Tutorial 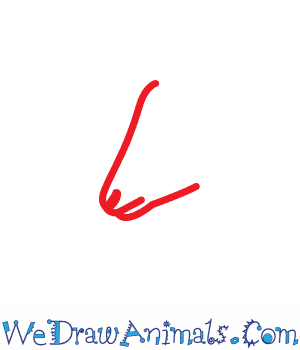 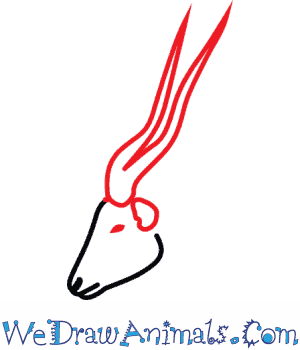 Step 2: Add a dot near the top end, with a small curved triangle next to it. Above this, draw an M-shape that bends slightly in the middle, and closes off when it meets the head. 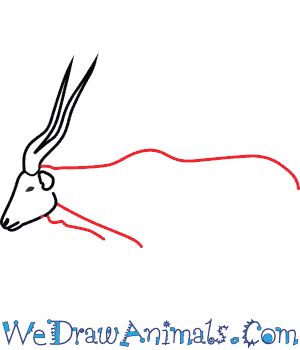 Step 3: Draw a long curve with a bump in the middle behind the horns. Draw a line that angles down from the bottom end of the head, and a curved line below that. 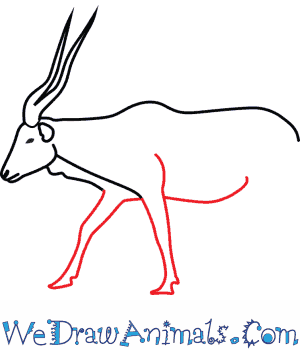 Step 4: At the base of the neck, draw two lines straight down that end in a triangle. Draw a similar shape angling forward in front of it and a curve going behind it. 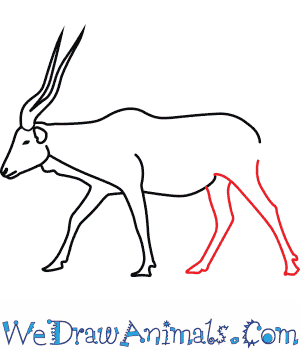 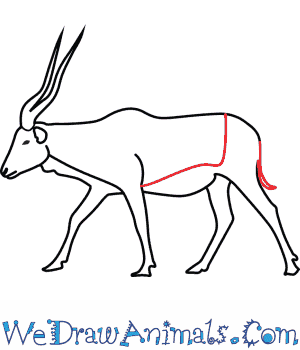 Step 6: Behind the front leg, draw a line that angles up and back and then bends up to meet the back. Draw a small curve that goes out and back, connecting the rear end and hind leg. Done!

The Addax is an antelope that lives on the deserts of Africa. They stand 95 to 115 centimeters tall and 110 to 130 centimeters long. They have wide hooves to help them get over desert sand. They are a light grey color with dark foreheads. Two rounded white stripes cover their cheeks and the inside of their ears and underparts are also white. Addaxes have long twisted cork-screw shaped horns; both females and males have these horns. An Addax does it’s eating at night. Their favorite food is grass and herbs.

Activity: Buy some simple plastic headbands and pipe cleaners. Wrap one end of the pipe cleaner around the headband. Hot glue it into place if you need too. Add another one a few inches over and glue it into place. Then wrap the stand portion of the pipe cleaner around a pencil. Make a cork-screw pattern on the pencil. Then pull the pencil out of the curly cue. When your class arrives give them each a headband and your herd of Addaxes are ready for their lesson. 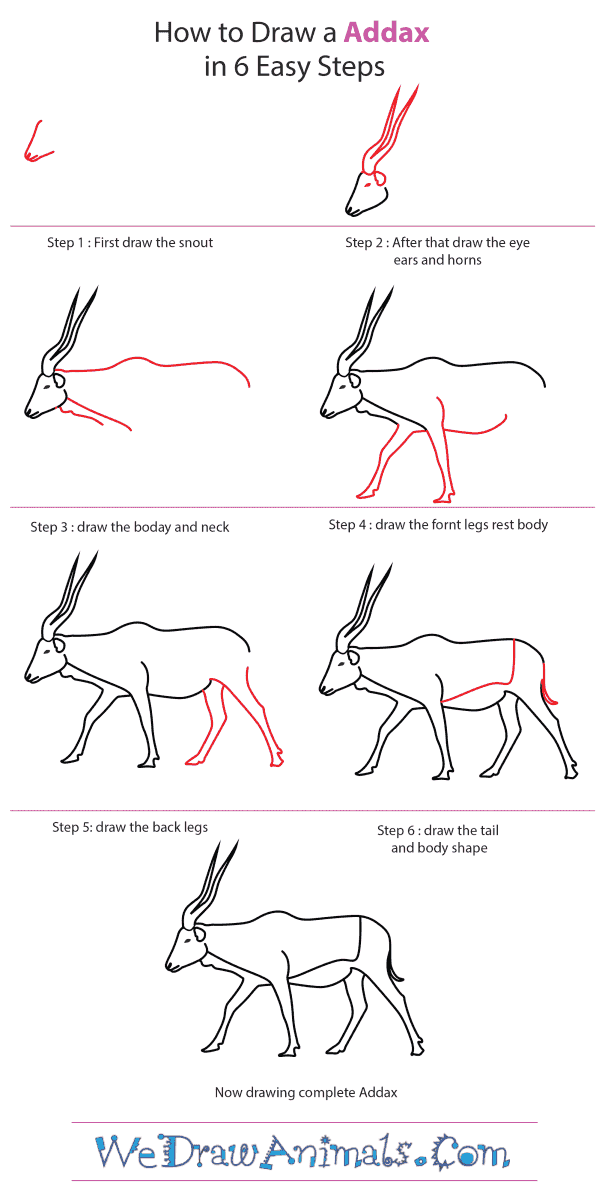 How to Draw an Addax – Step-by-Step Tutorial

Next post: How to Draw Nemo From Finding Nemo