How to Draw an African Penguin 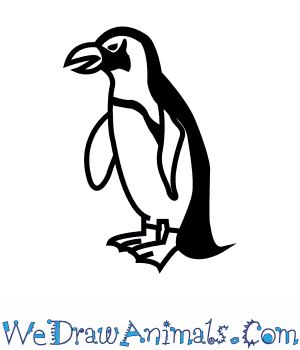 In this quick tutorial you'll learn how to draw an African Penguin in 7 easy steps - great for kids and novice artists.

At the bottom you can read some interesting facts about the African Penguin.

How to Draw an African Penguin - Step-by-Step Tutorial 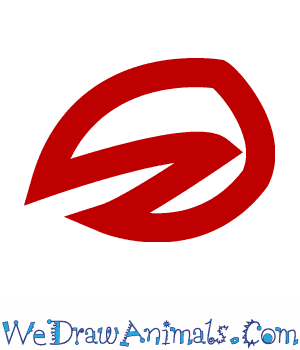 Step 1: Draw a semicircle with an angle inside it as shown in the image guide for the beak. Step 2: Add a curve over the beak that goes down into a long line. Add a tiny curve under the end of the first one. 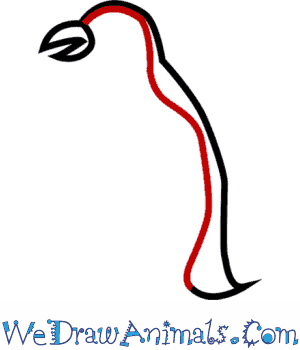 Step 3: Draw another curve like the first next to it. 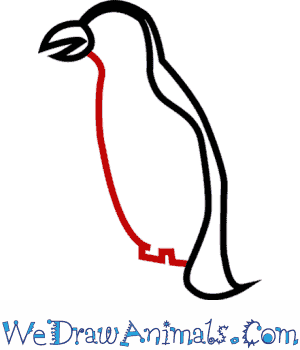 Step 4: Draw a long curve under the beak that connects to the back. Add two squares on the bottom. 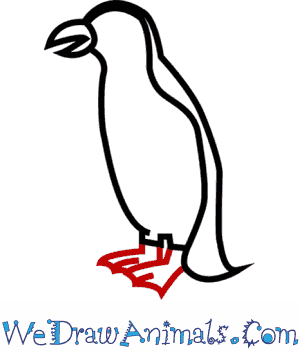 Step 5: Under each square, draw two lines for legs, connected to triangles for feet. Add a line in the middle of each triangle to define the toes. 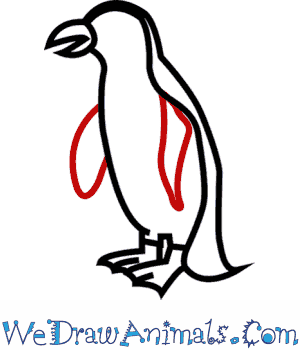 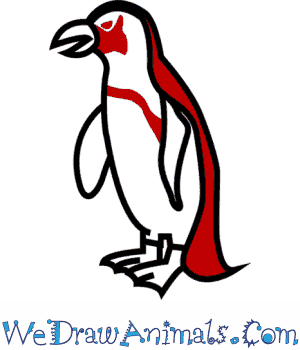 Step 7: Draw a little circle near the beak for an eye, and add patches on the face, chest, and back. You are done! These penguins have a call that sounds like a braying donkey. African penguins have a pattern of black spots on their chests that are as unique to them as a human’s fingerprint.

Interesting Facts about the African penguin

The African penguin is a medium sized penguin that is the only penguin that is native in Africa. Like the signature idea that people hold of penguins, they are only black and white in color on their bodies when they are adults. You will find these penguins living in colonies on 24 different islands that can be found all along the coast between Namibia and Port Elizabeth. 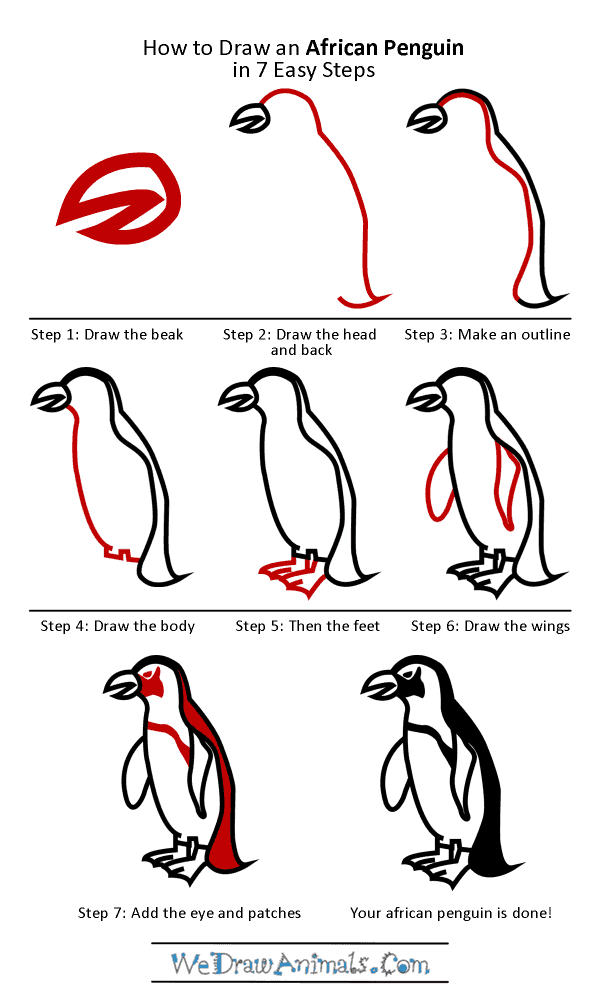 How to Draw an African Penguin – Step-by-Step Tutorial