How to Draw an African Porcupine 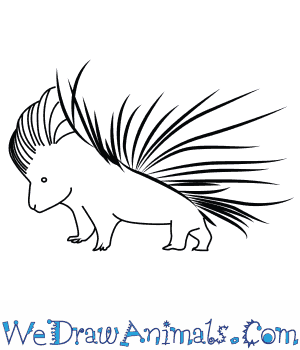 In this quick tutorial you'll learn how to draw an African Porcupine in 7 easy steps - great for kids and novice artists.

At the bottom you can read some interesting facts about the African Porcupine.

How to Draw an African Porcupine - Step-by-Step Tutorial 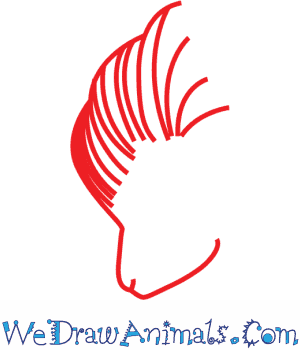 Step 1: Let's draw an African porcupine! For the head, draw a small letter V for the face, then trace long lines that curl toward the back, all along the top of the head. Add a very short line at the tip of the face for the snout. 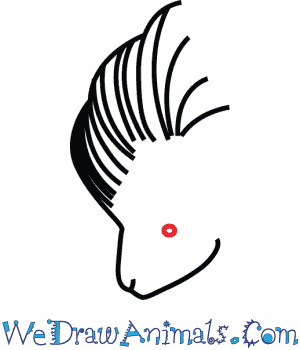 Step 2: Add a tiny circle in the middle of the face for the eye. 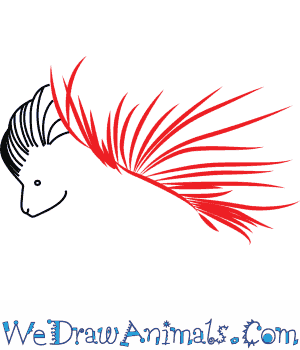 Step 3: Trace a long line going across and down the back. From there, you are going to trace long lines that curl back along the length of the back. Here's a hint: the lines don't all have to be the same size! 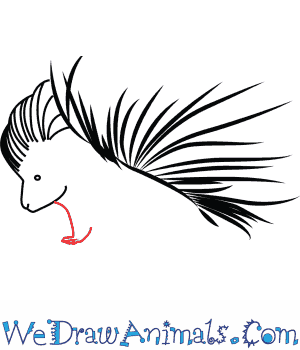 Step 4: Draw the first front leg by tracing two lines that start wide apart at the top and closer together toward the end of the foot. This leg is short! 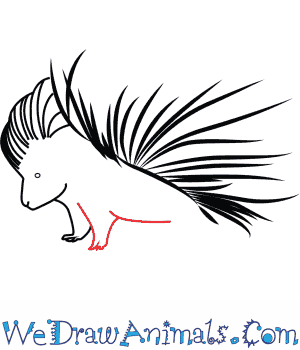 Step 5: Draw the other front leg right next to the first and in the same way. Then, trace a short, curved line across the bottom for the belly. 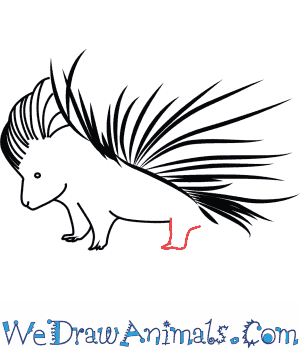 Step 6: Trace the hind leg, now, much like you did the front legs, except this leg isn't wide at the top. 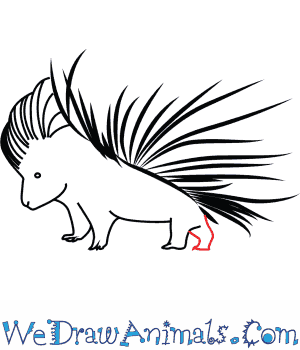 Step 7: Finish your porcupine by tracing the last hind leg exactly like you drew the first hind leg. There's your African porcupine!

Interesting Facts about the African Porcupine

The African porcupine belongs to the rodent family, just like squirrels, mice and rats. It makes its home in North and Northwest Africa, just like its name suggests. It usually grows to be about two to three feet long, and it typically weighs between 30 and 60 lbs.

You may not think so to look at them, but African Porcupines are actually really good at swimming! They also have an amazing sense of hearing, but that’s because their eyesight is so bad. 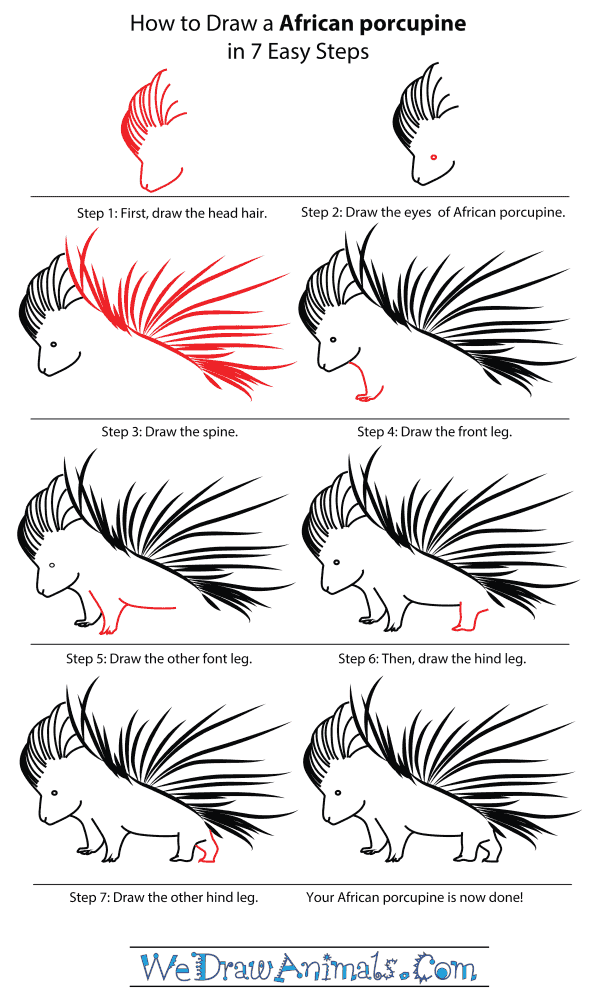 How To Draw An African porcupine – Step-By-Step Tutorial

Next post: How to Draw an African Red-Eyed Bulbul