How to Draw an African Rock Python 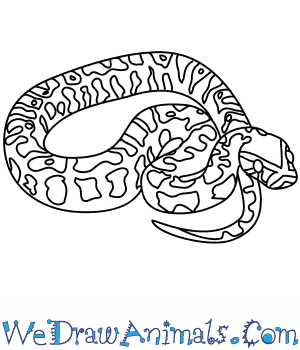 In this quick tutorial you'll learn how to draw an African Rock Python in 4 easy steps - great for kids and novice artists.

At the bottom you can read some interesting facts about the African Rock Python.

How to Draw an African Rock Python - Step-by-Step Tutorial 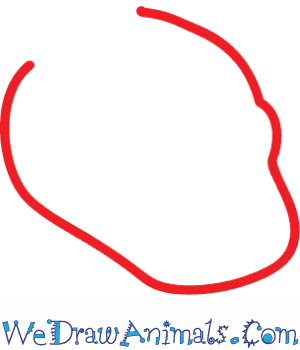 Step 1: To start drawing your African Rock Python, you will need to draw its head. Draw a circle and leave an opening at the top. 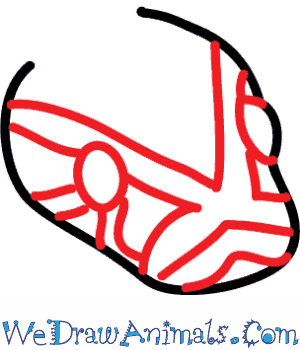 Step 2: Next you will want to draw the face. Draw two circles for the eyes and use straight lines to create the pattern above. 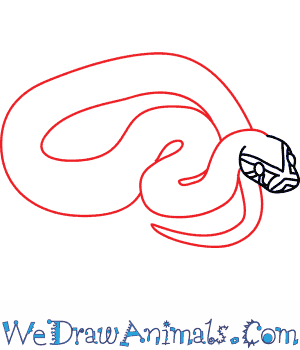 Step 3: Now you will draw the snake's body. For the body you will draw two parallel curving lines that move in an S shape and come together at a point for the tail. 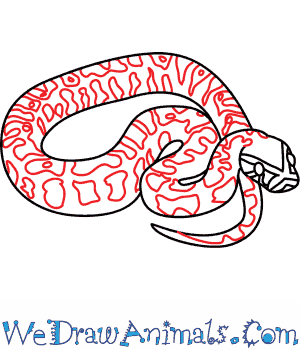 Step 4: Finally you will need to add the pattern to the snake's body. To create the pattern, draw a variety of irregular circles and ovals with jagged edges until you fill up the body. You have now successfully drawn your African Rock Python. The African Rock Python is the fifth largest snake in the world and can grow as long as 24 feet. This breed of python can weigh over 200 pounds and can have up to 100 eggs while pregnant. First discovered in 1788, it is 1 of 7 python species.

The African Rock Python is a member of the reptile family and the scientific term for them is Python sebae. The name python comes from Greek mythology in reference to the character Apollo slaying a serpent. Another name for this animal is the Natal Rock Python.

This species is found on rocks near warm water of tropical climates at various locations of western, central, and southern Africa. They’ve a pattern somewhat similar to that of a giraffe, and a little bit similar to the Burmese Python. They constrict their prey to suffocate them. This snake needs a regular source of water and they’re found in forests and deserts. They’re protective of their nest, especially when there are eggs. 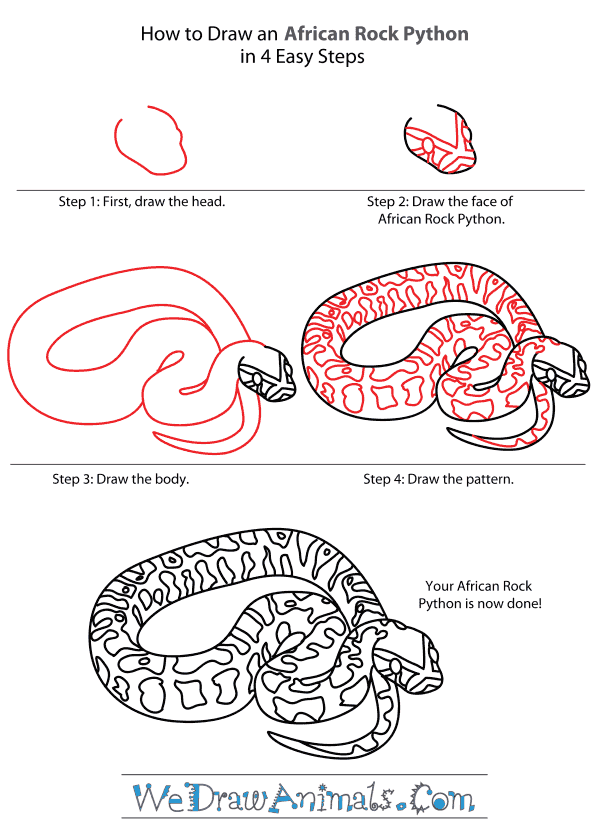 How to Draw an African Rock Python – Step-By-Step Tutorial