How to Draw a Cobia 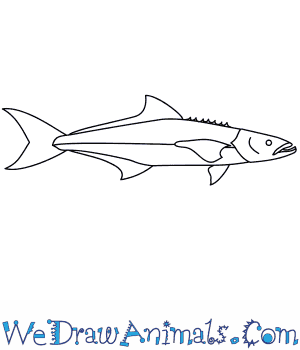 In this quick tutorial you'll learn how to draw a Cobia in 7 easy steps - great for kids and novice artists.

At the bottom you can read some interesting facts about the Cobia.

How to Draw a Cobia - Step-by-Step Tutorial 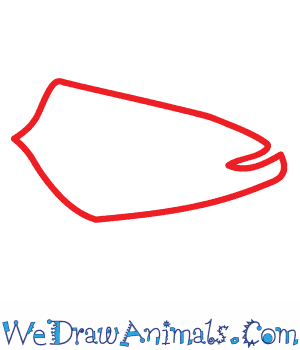 Step 1: To begin drawing your Cobia, you will need to start by drawing the head. To create the head draw a triangle with two angled lines on the base. Be sure to leave an opening for the mouth. 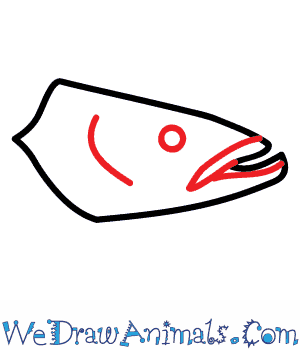 Step 2: Next you will need to add the face. You can start by adding a circle for the eye, then add a curved line for the gill and two angled lines to finish the lips. 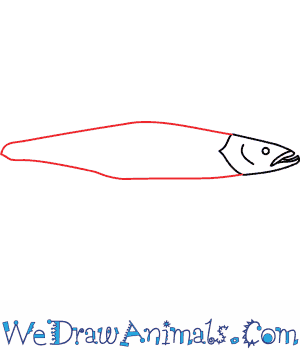 Step 3: Your next step is to draw the body. Draw a curved line for the top and bottom of the body, tapering them in and meeting at the end. 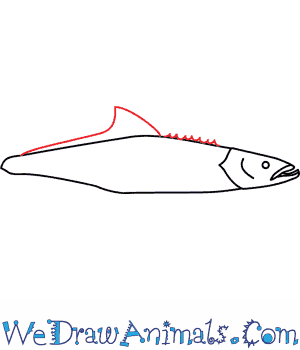 Step 4: Next you will draw the upper fins. For the main fin draw a triangle on top of the body with a line drawing it out to the back. For the small top fins draw a few jagged lines by the head. 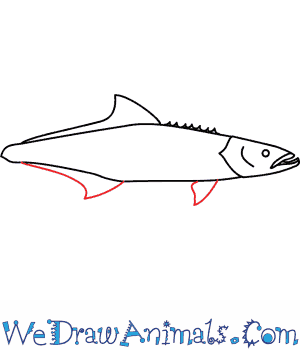 Step 5: Now you will draw the lower fins. For the back fin draw a fin similar to the top one coming off the bottom of the body. Next draw the front bottom fin by drawing a small oval shape. 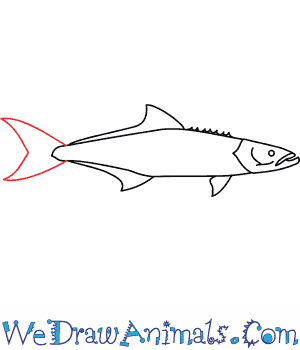 Step 6: The next step is to draw the tail. You can create the tail by drawing two triangles, with one end starting at the bottom and meeting together in the middle. 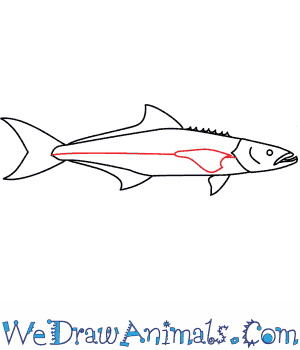 Interesting Facts about the COBIA

The Cobia is a member of the fish family and the scientific term for them is Rachycentron canadum. The name comes from the Latin (Greek) word Rachy (rhachis) for “spine” and centron (kentron) for “sting.”Other common names for this marine species are Black Kingfish, Black Salmon, Ling, Lemonfish, Crabeater, Prodigal Son, and Aruan Tasek.

It’s the only species of its type, has a brown back with a white belly, and shaped like a shark. This animal eats crabs, squid, fish, and food remains by following behind sharks, turtles, and manta rays. Similarly, they are brave enough to follow boats, and resilient enough to endure various salt levels. Mako Sharks are one of the only predators for this animal. 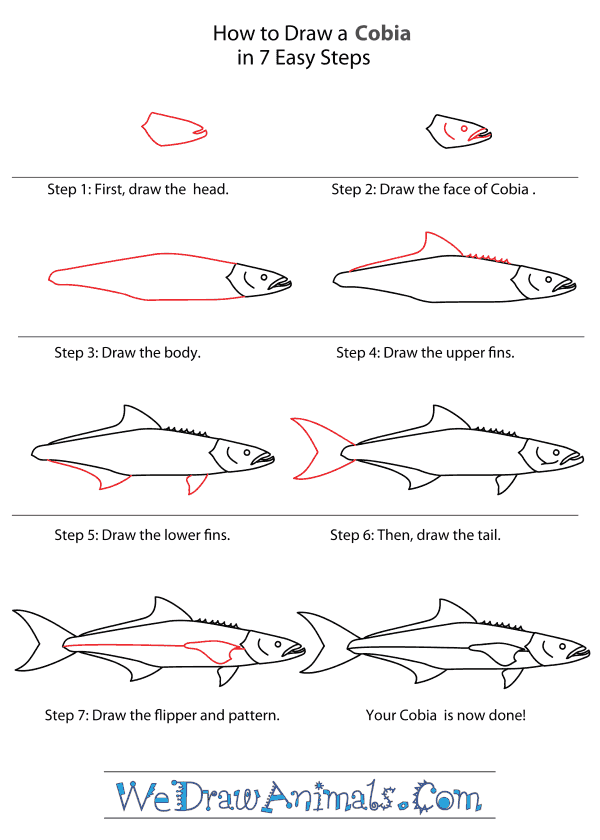 How to Draw a Cobia – Step-By-Step Tutorial

Previous post: How to Draw an African Rock Python