How to Draw a Drill 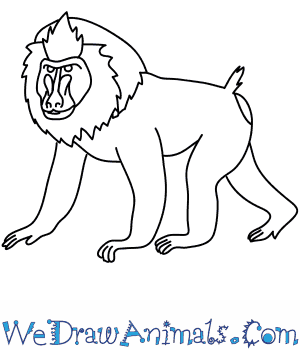 In this quick tutorial you'll learn how to draw a Drill in 10 easy steps - great for kids and novice artists.

At the bottom you can read some interesting facts about the Drill.

How to Draw a Drill - Step-by-Step Tutorial 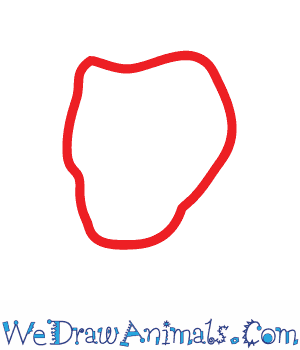 Step 1: The first step for drawing a Mandrill is to draw the shape of the head. Start by drawing a circle with an indent on the top. 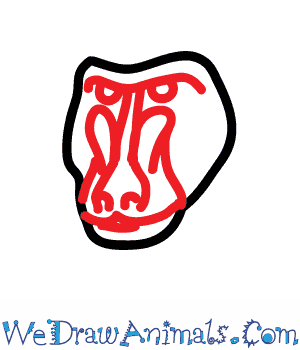 Step 2: Next you will need to draw the facial features. Draw two circles for eyes and add a curved line over top for the brow. Next draw the nose and the mouth detail with curved lines as shown above. 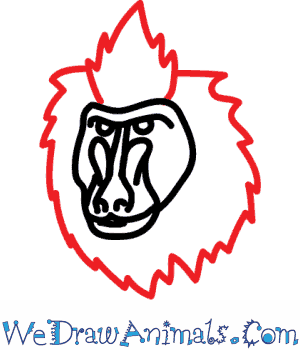 Step 3: The next step is to draw its mane. To do this draw two patches of hair with jagged lines around the face. 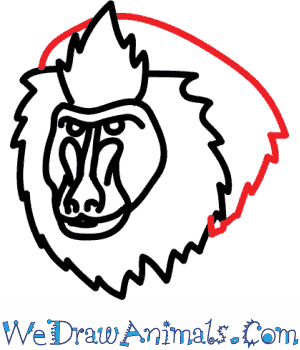 Step 4: Now you will draw the rest of the head. Draw a curved line coming out of the top of the head and attach to the bottom with a jagged line. 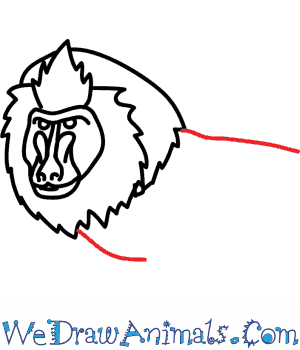 Step 5: Now you will draw the body by drawing two lines, one coming from the top of the face and the other coming out of the bottom of the head. 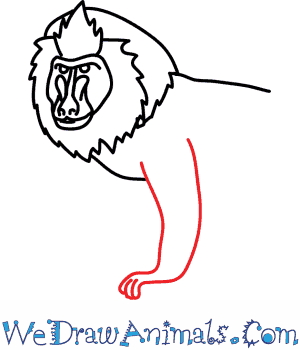 Step 6: The next step is to draw the front leg by drawing two parallel lines and have them come together at the foot. Add three toes to the foot. 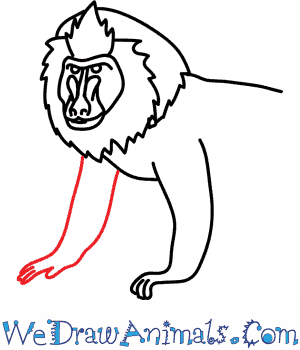 Step 7: Now draw the other leg in the same way as the first adding an additional toe. 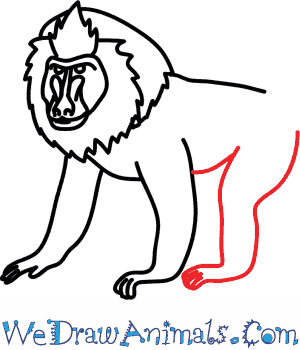 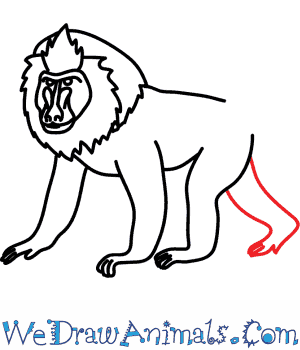 Step 9: Now draw the other hind leg same as the first, coming out of the rear. 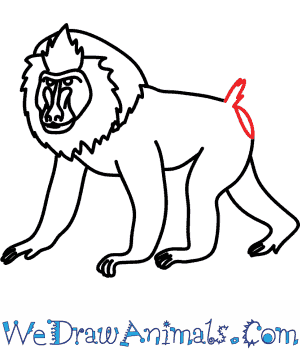 Step 10: The final step is to add the bottom and the tail. Draw a small point for the tail and for the bottom ad a curved line with a straight one separating it from the rest of the body. You have now successfully drawn a Mandrill.

Interesting Facts about the DRILL

The Drill is a member of the primate family and the scientific term for them is Mandrillus leucophaeus. This animal is a member of the Old World monkeys, but is related to the baboons, and strongly associated with Mandrills. Their body is a dark greyish brown, the face is black, chin is white, with pink lip and rump.

Their diet is mostly of many types of fruit, but they also eat herbs, roots, eggs, insects, and sometimes small mammals. These are among Africa’s most endangered mammals. They’re being subjected to habitat destruction by illegal commercialists. Over a hundred of these animals have been rescued from abductions. Since there are so few of these creatures, they are endangered to become extinct. 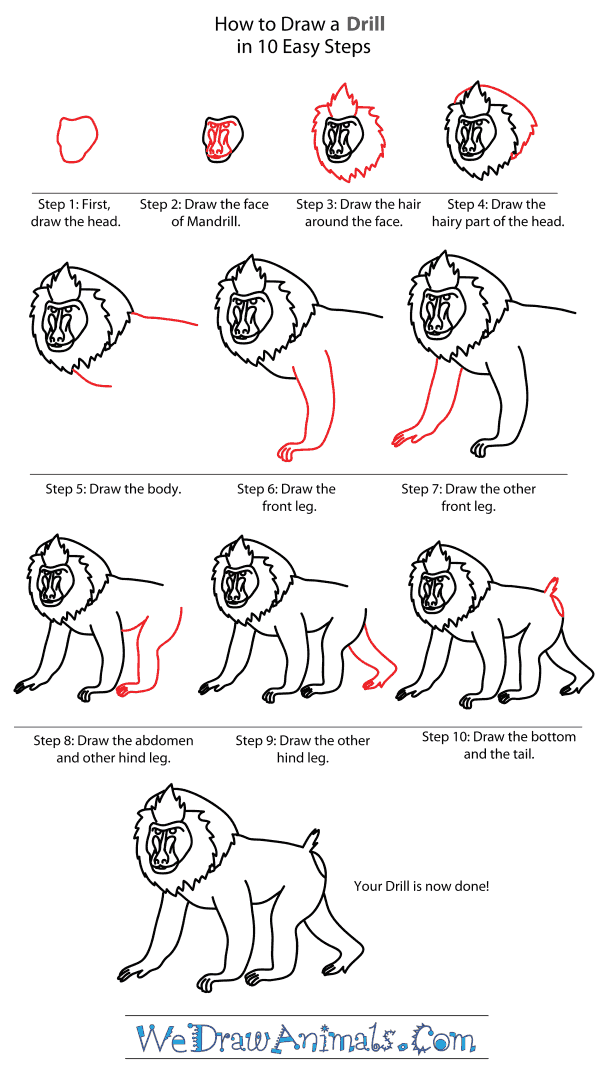 How to Draw a Drill – Step-By-Step Tutorial