How to Draw an Agile Wallaby 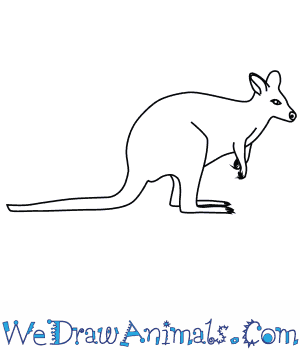 In this quick tutorial you'll learn how to draw an Agile Wallaby in 8 easy steps - great for kids and novice artists.

At the bottom you can read some interesting facts about the Agile Wallaby.

How to Draw an Agile Wallaby - Step-by-Step Tutorial 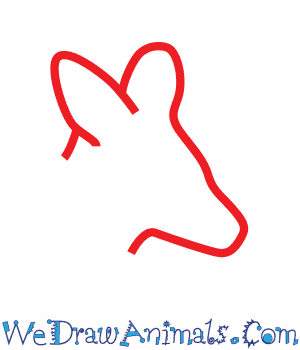 Step 1: Let's draw an agile wallaby! Trace two upside-down letter Us for the ears. From the second ear, trace a sloped line for the face, then another across the bottom for the jaw. 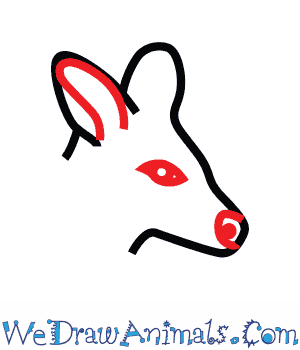 Step 2: Outline the first ear with some extra lines. Draw an oval for the eye, and trace a circle with a dot in it for the snout. 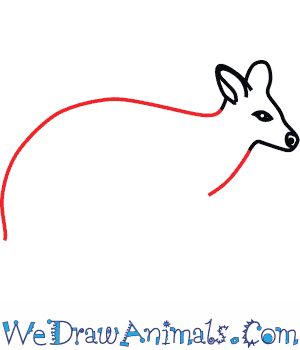 Step 3: Trace a long and deeply curved back. Then, trace a short line down the front for the neck. There's your body! 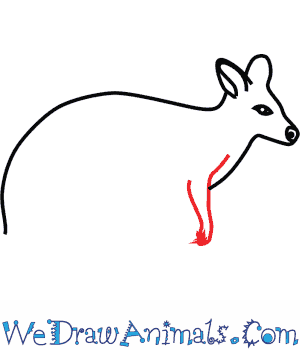 Step 4: Trace two short lines that end with even tinier lines at the end for the paw. There's the first arm. 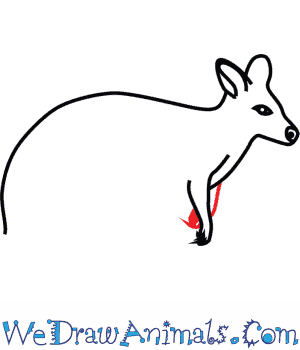 Step 5: Draw the second arm, and since most of it is hiding behind the first arm, just a line along the front and end with the paw peeking out at the bottom. 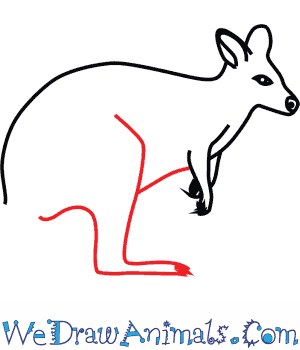 Step 6: Draw a line for the belly, then trace a very big hind leg. From the body, draw two lines very wide apart and end them with a flat foot. 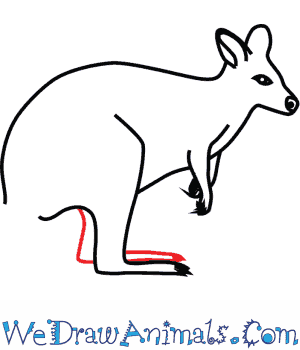 Step 7: Draw only the flat foot on the other side, since most of the second leg is hiding behind the first! 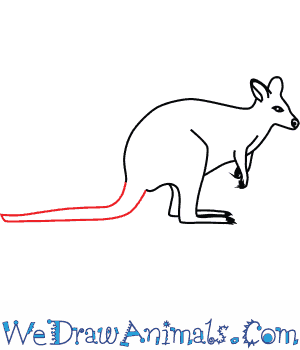 Step 8: Add a long tail to finish, making sure that it's not too pointy! There's your agile wallaby!

Interesting Facts about the Agile Wallaby

In addition to its size, you can tell you are looking at an agile wallaby by the colors on its head. Agile wallabies have a dark stripe down the middle of their head between their ears, as well as a stripe on their cheeks that is light in color. They also have a light-colored stripe on their thighs. The tips of their ears and tail are black. 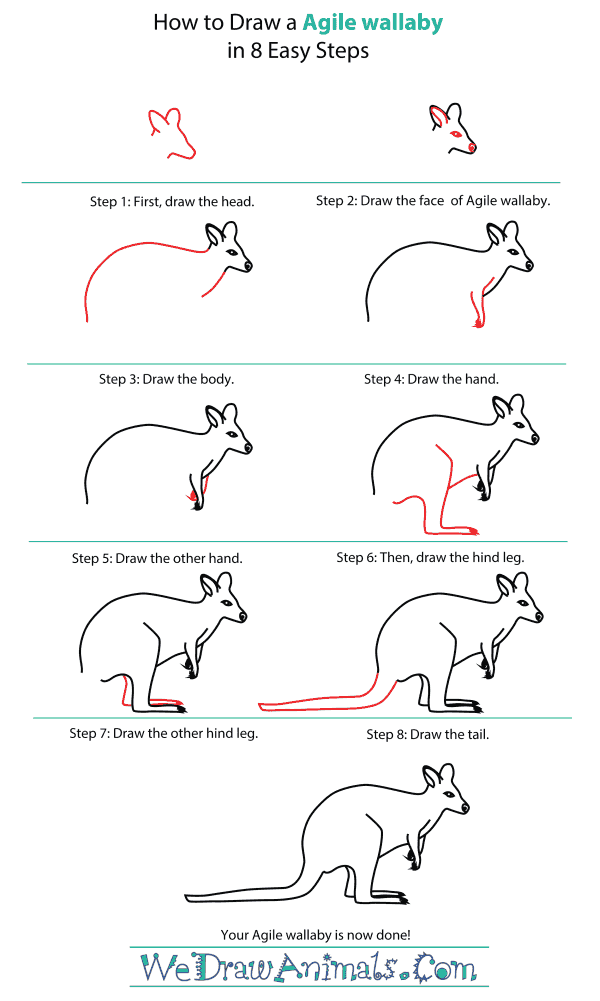 How To Draw An Agile wallaby – Step-By-Step Tutorial