How to Draw an African Wildcat 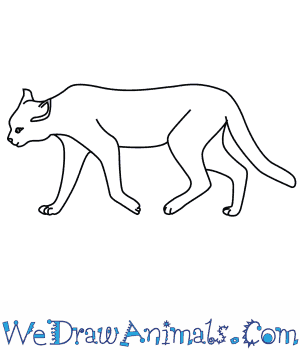 In this quick tutorial you'll learn how to draw an African Wildcat in 8 easy steps - great for kids and novice artists.

At the bottom you can read some interesting facts about the African Wildcat.

How to Draw an African Wildcat - Step-by-Step Tutorial 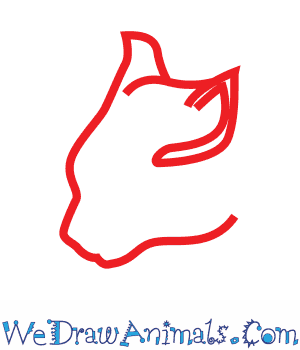 Step 1: Let's draw an African wildcat! For the head, draw what looks like a letter V, but make sure your bottom line is curvy. Add a hump at the top for the forehead. Add triangular shapes for the ears, making sure you outline the first ear. 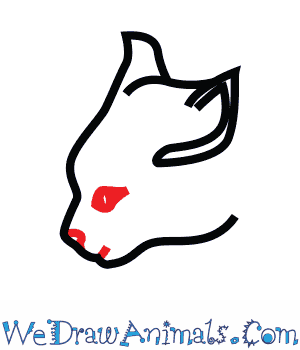 Step 2: Add a short line for the mouth and a circle for the nose. Trace an oval for the eye. 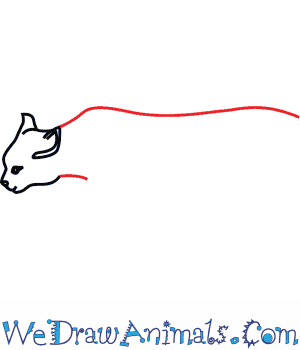 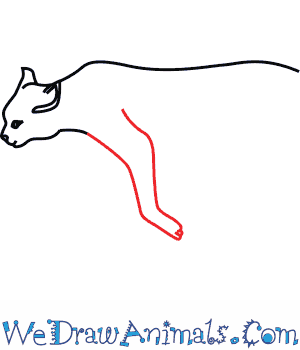 Step 4: Draw the first front leg by tracing two lines wide apart at the top and closer together toward the end. Here's a tip: draw the lines in a zigzag pattern so that your wildcat is really walking! 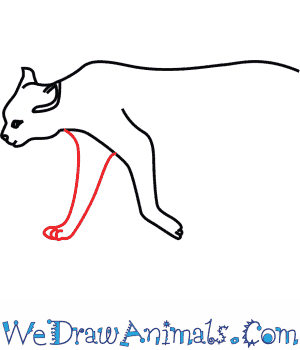 Step 5: Draw the other front paw by tracing two lines that are wide apart at the top. This time draw the lines straight down. 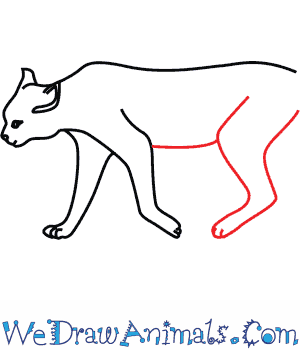 Step 6: Trace a line for the belly and continue with the hind leg. This one is like the first leg you drew, so make sure to do the zigzag pattern! 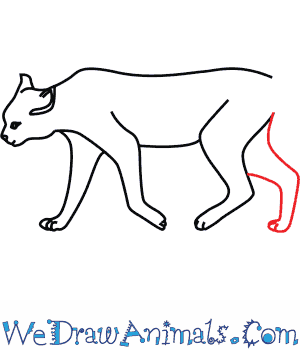 Step 7: Draw the hind leg peeking out from behind the other. 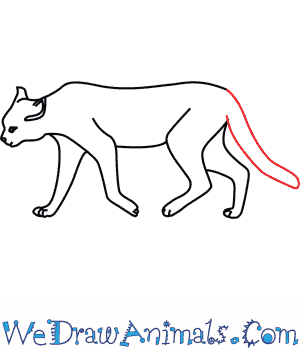 Interesting Facts about the African Wildcat

African wildcats make their homes in North Africa, and they are very close in size and behavior to the common housecat. Just like a housecat, African wildcats like to stalk their prey and pounce on it when it gets close enough to it. 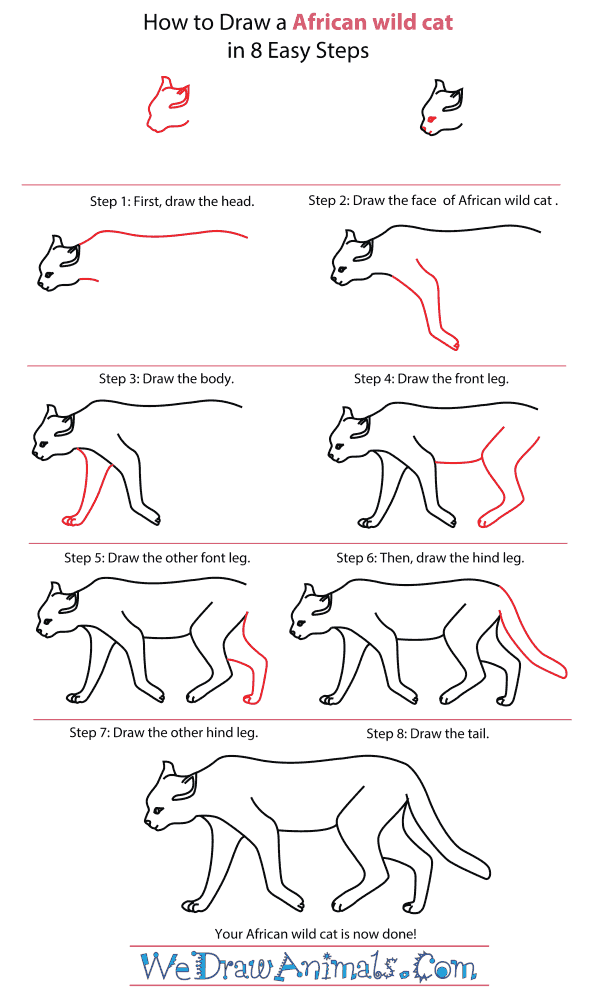 How To Draw An African wild cat – Step-By-Step Tutorial