How to Draw an African Skink 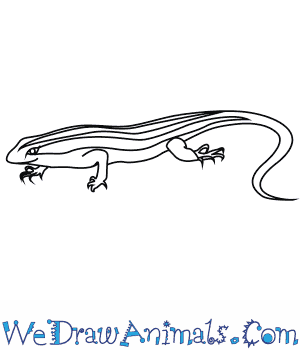 In this quick tutorial you'll learn how to draw an African Skink in 8 easy steps - great for kids and novice artists.

At the bottom you can read some interesting facts about the African Skink.

How to Draw an African Skink - Step-by-Step Tutorial 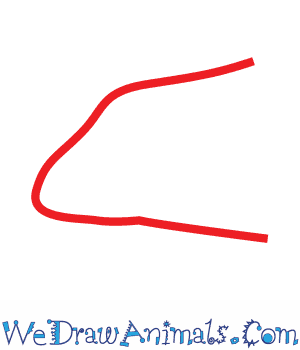 Step 1: Let's draw an African skink! Draw a sideways letter V. Here's a tip: turn your page on its side to draw your V, making sure the tip isn't pointy. Last, add a little hump at the top for the forehead. 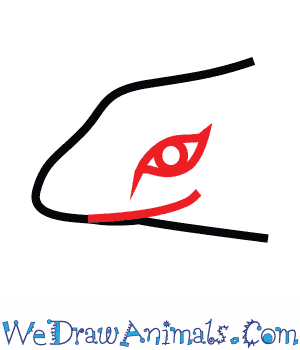 Step 2: Add a short line across the bottom for the mouth, and an oval with a circle in it for the eye. Here's a tip: make the corners of the eye extra pointy! 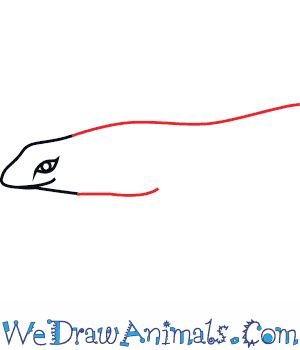 Step 3: Draw a line across the back and a line along the bottom. There's your skink's body! 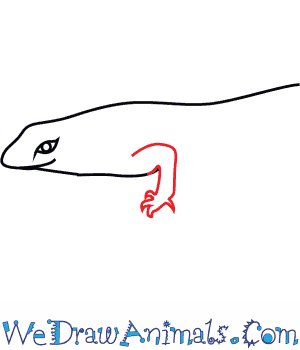 Step 4: Draw the front leg by tracing a short line that goes across the top, then goes down toward the claws. Here's a tip: make the claws short and pointy. 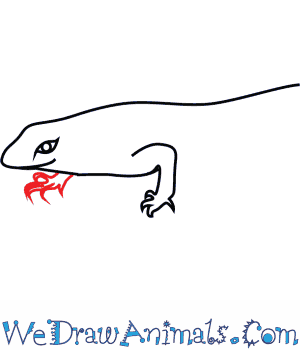 Step 5: Draw just the front paw on the other side of the body since the rest of the leg is hiding! 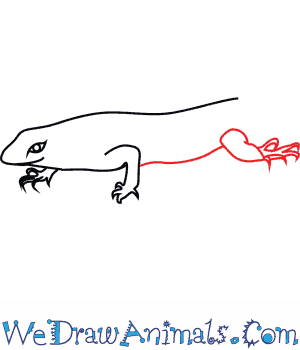 Step 6: Trace along the bottom for the belly, ending with the hind leg. Trace a thick oval with the claws being much longer than the ones in the front. 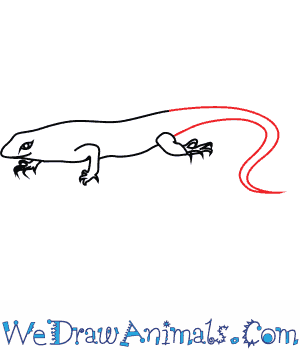 Step 7: At the back, draw a long, skinny and pointy tail. Here's a hint: the shape of the tail looks like a question mark! 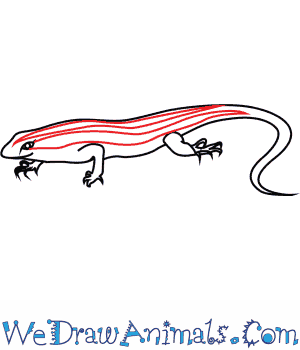 Step 8: Draw lines along the entire back of the skink for pattern. There's your African skink!

Interesting Facts about the African Skink

The African Skink looks a bit like a skunk, but it’s actually a lizard! It shouldn’t be a surprise from its name that the African skink makes its home in East Africa. 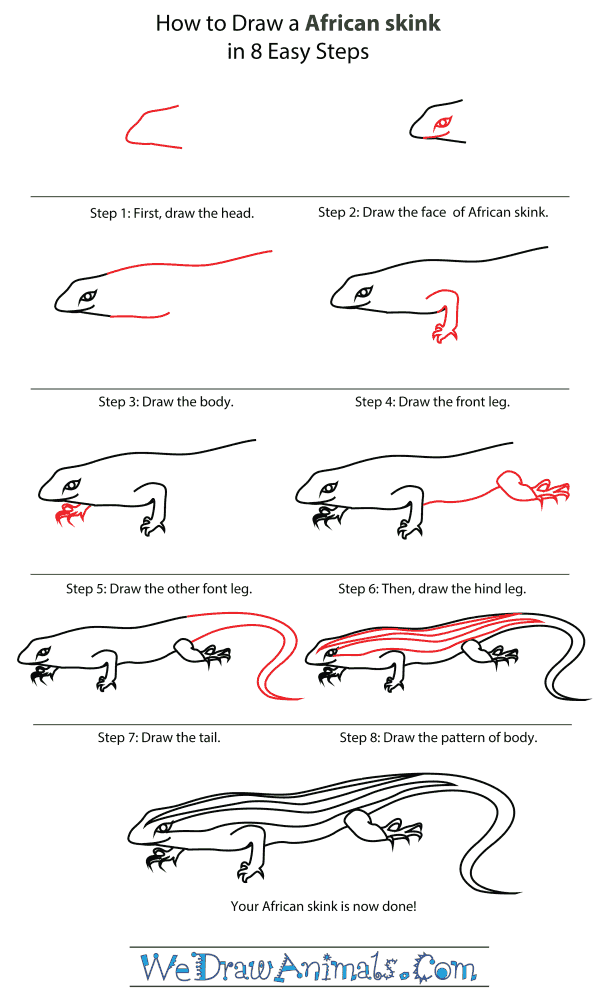 How To Draw An African skink – Step-By-Step Tutorial

Previous post: How to Draw an African Red-Eyed Bulbul