How to Draw an Allosaurus 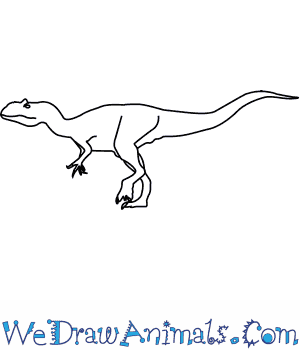 In this quick tutorial you'll learn how to draw an Allosaurus in 6 easy steps - great for kids and novice artists.

At the bottom you can read some interesting facts about the Allosaurus.

How to Draw an Allosaurus - Step-by-Step Tutorial 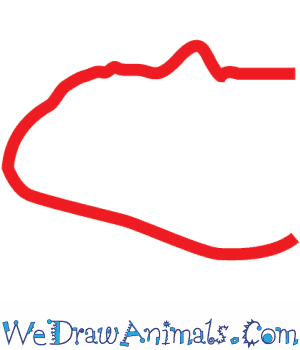 Step 1: First, draw the head. For this, imagine a peanut shape, with most of the back missing where the neck will start, and with a small bump towards the front. This is the horn and ridge that Allosaurs had above their eyes. 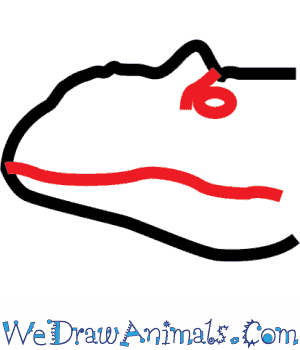 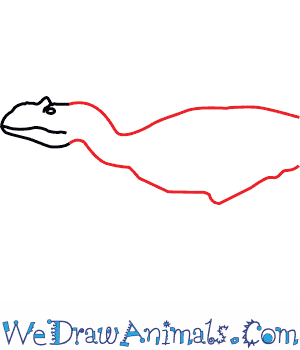 Step 3: Draw the body, starting with a strong but short neck that curves downward slightly from the back of the head and leads into a wider shape that becomes the body. Draw a humped line on top and slightly straighter one on the bottom that meet closer near the tail. 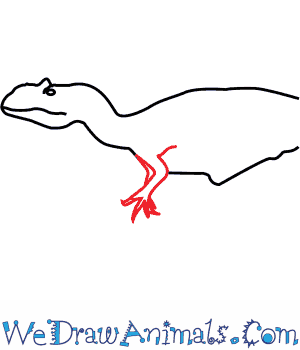 Step 4: Draw the front legs, which were larger than a lot of other therapods’ like the T-Rex’s. Even more distinct were the large, sharp claws on the Allosaurus’s three fingers. 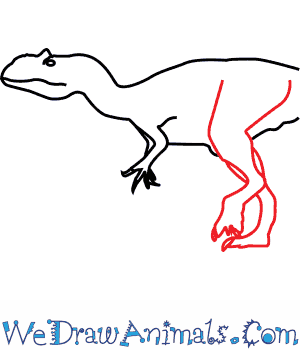 Step 5: Draw the hind legs, which are very long, with large thighs and narrow lower legs. You may want to break it down into a series of curved lines, bending for the thighs, knees, shins, and ankles. Try drawing one raised up as if the Allosaurus were running. The feet are large and flat. 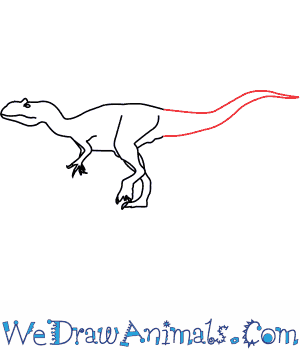 Step 6: Draw the tail, thick and curving slightly for balance behind the dinosaur but ending in a narrow point like a whip.

Interesting Facts about the ALLOSAURUS

The Allosaurus is a member of the dinosaur group and the scientific term for them is A. fragilis. Their Greek name “allo-saurus” means “different-lizard” in English. The Latin word “fragilis” means “fragile” in English, because this animal possessed delicate framework in its skeleton. Despite this disadvantage, the large two-legged predators were therefore not too heavy for running quickly. Another aspect that contributed to its lightweight body was small arms, but the tail was very large for maintaining balance.

small but interesting detail is the short horn above each eye, which may have been used to protect their sight. Though this animal had a large head, it possessed very little muscle. It therefore was incapable of biting sufficiently, and it was actually less than the force of an alligator. They killed their prey by opening very wide and stabbing other animals with its upper teeth. These creatures lived mainly in the northwest North America, but also southwest Europe and east-central Africa. 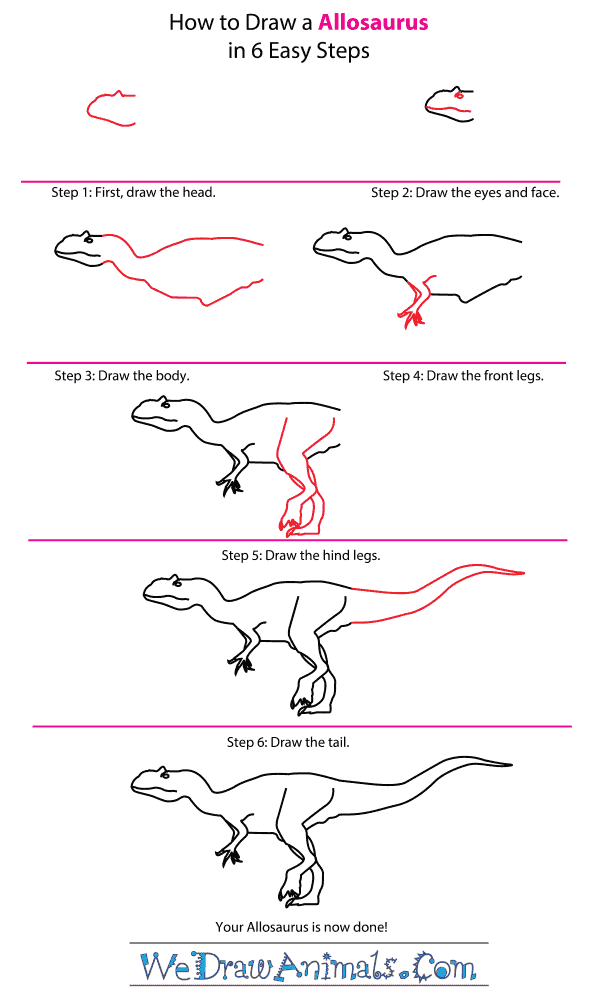 How to Draw an Allosaurus – Step-by-Step Tutorial