How to Draw a Stegosaurus 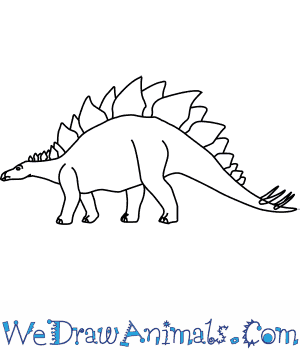 In this quick tutorial you'll learn how to draw a Stegosaurus in 5 easy steps - great for kids and novice artists.

At the bottom you can read some interesting facts about the Stegosaurus.

How to Draw a Stegosaurus - Step-by-Step Tutorial 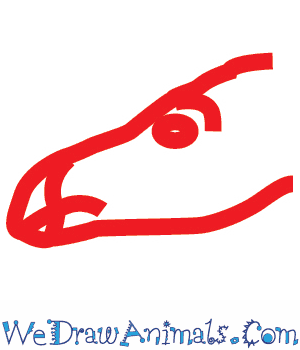 Step 1: First, draw the head and face. Stegosaurus had a long, small, flat head, almost like a turtle’s. Keep in the mind the body will be much larger. 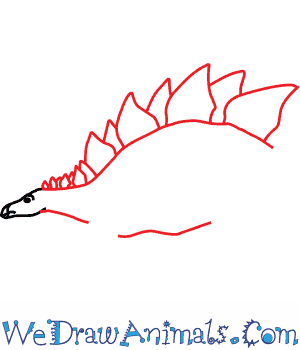 Step 2: Draw the body and bony plates. The neck will widen out from the back of the small head and rise in a large bump. From the neck back, draw a row of pointed triangles, shaped a lot like shark teeth. They will start very small and get much larger along the stegosaurus’ back. 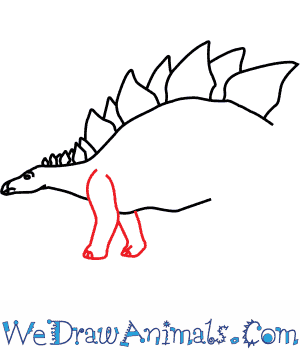 Step 3: Draw the front legs. Because of its shape, these would have to have been sturdy, short legs, much like an elephants’ legs. 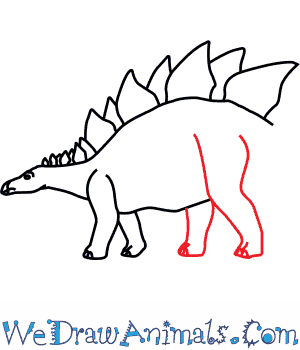 Step 4: Draw the hind legs. These looked similar to the front, but the thighs started much higher on the stegosaurus’ body and had more bend to them, right at the knees. 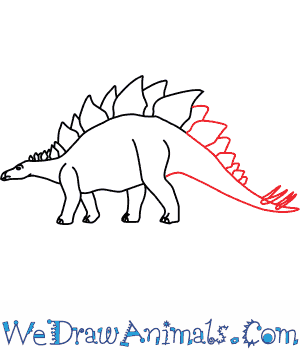 Step 5: Draw the tail and bony plates. The tail slopes down from the back of the body very similar to how the neck slopes up, but it is thinner. The plates will decrease in size from the largest plates on the back. Draw a series of four spikes at the very end of the tail, which the stegosaurus used as a weapon.

Interesting Facts about the STEGOSAURUS

The Stegosaurus is a member of the dinosaur group and the scientific term for them is S. armatus. Their Greek name “stego-saurus” means “roof-lizard” in English. The Latin word “armatus” means “armor” in English, because this animal possessed protective framework in its skeleton. They possessed distinctive tail spikes and back plates, to protect them from predators. Since they had short arms, the back was curved, making the small head low to the ground and large tail able to swing strongly.

his vegetarian and four-legged animal had a beak like a turtle with teeth and cheeks for grinding grass like a cow. The back plates are arranged similarly to the spinal projections on an iguana. They lived in western North America and southwestern Europe. Fossils of footprints suggest that this animal gathered in herds. 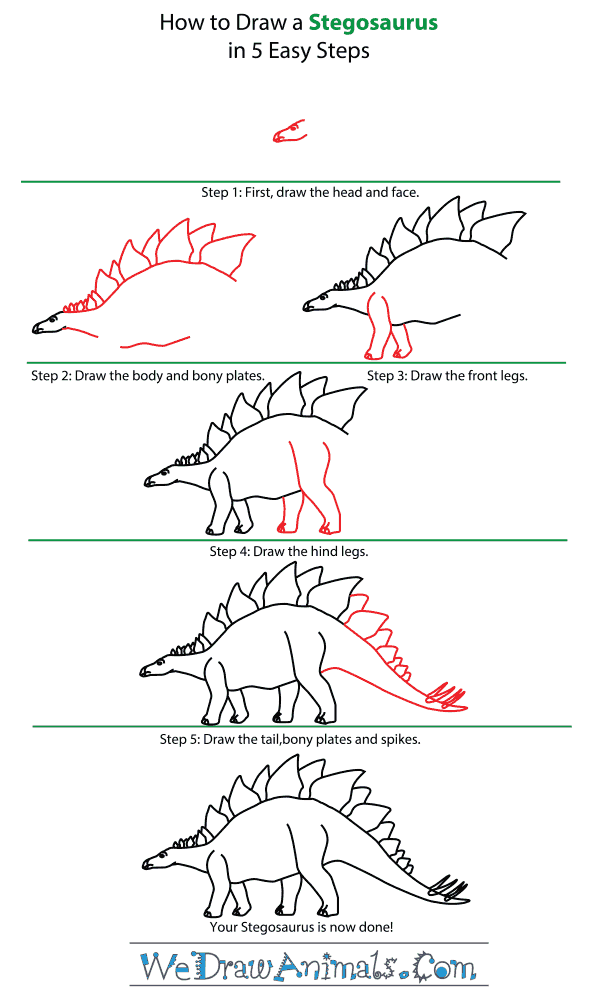 How to Draw a Stegosaurus – Step-by-Step Tutorial