How to Draw a Dwarf Gourami 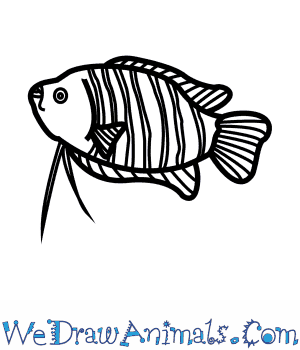 In this quick tutorial you'll learn how to draw a Dwarf Gourami in 6 easy steps - great for kids and novice artists.

At the bottom you can read some interesting facts about the Dwarf Gourami.

How to Draw a Dwarf Gourami - Step-by-Step Tutorial 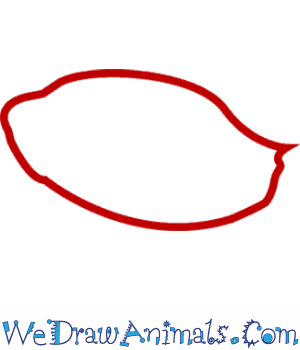 Step 1: Draw the outline of the fish. This will be a smooth, almost bean-like shape, with a hump in the middle and a taper at the back end where the tail fin will go. 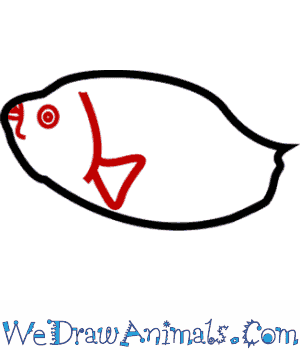 Step 2: Add the eye, mouth, gill and pectoral fin. The mouth of the gourami is high on the face, with a large eye just behind it. A short curved line behind the face, running vertically, becomes the gill, while a triangle at the bottom of the gill becomes the fin. 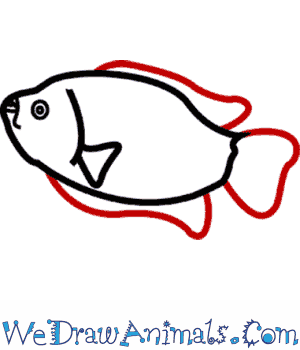 Step 3: Draw the other three fins. The fins on these fish are long, wavy rectangle shapes that run the length of the body behind the head. The tail fin is less sharp than other, larger fish, and can be drawn using another lumpy, bean-shape. 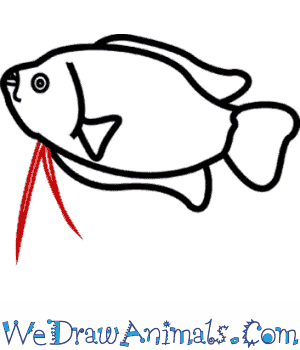 Step 4: Draw the barbels. These are two, thin shapes that come to a point, descending from the bottom of the gourami’s head where the fin begins. 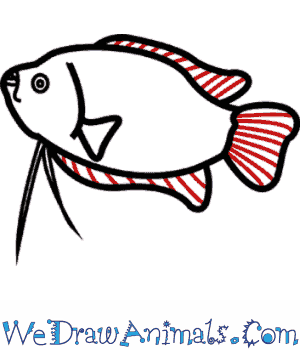 Step 5: Add spines to the fins by drawings rows of lines on each other from the body outward. 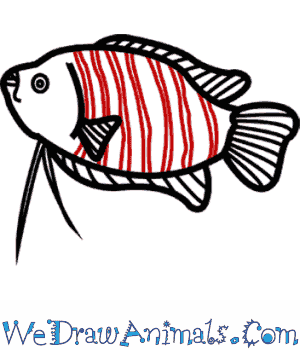 Step 6: Then draw stripes over the body. Dwarf gouramis are known for their very distinct and striking patterns, of which these colorful stripes are a large part.

Interesting Facts about the Dwarf gourami

The dwarf gourami is a type of gourami fish that makes it home in Southern Asia such as Pakistan, India, and Bangladesh, but can also be found in other areas. You will find these fish in streams, lakes, and rivers that have slow moving waters and a lot of plant life. 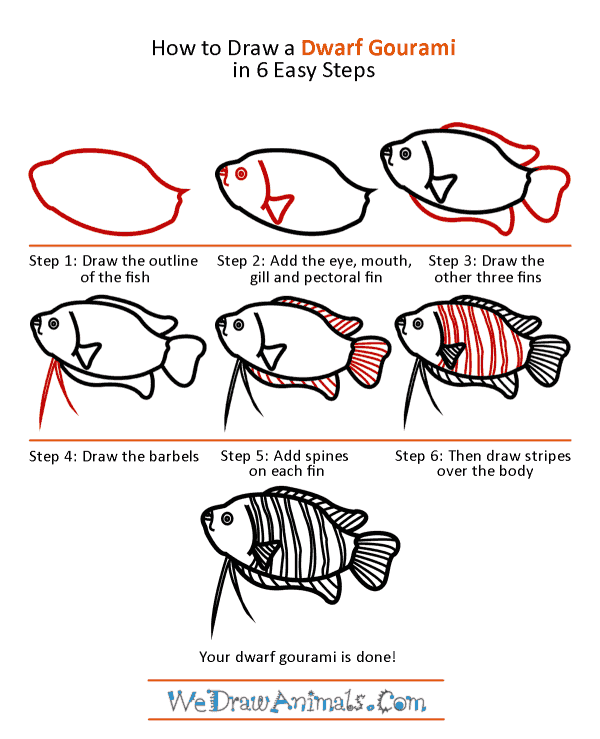 How to Draw a Dwarf Gourami – Step-by-Step Tutorial