How to Draw an Emperor Scorpion 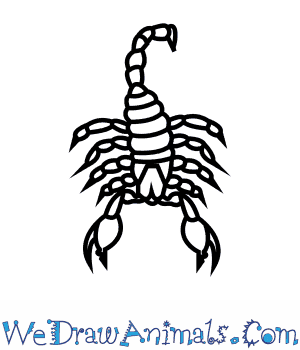 In this quick tutorial you'll learn how to draw an Emperor Scorpion in 6 easy steps - great for kids and novice artists.

At the bottom you can read some interesting facts about the Emperor Scorpion.

How to Draw an Emperor Scorpion - Step-by-Step Tutorial 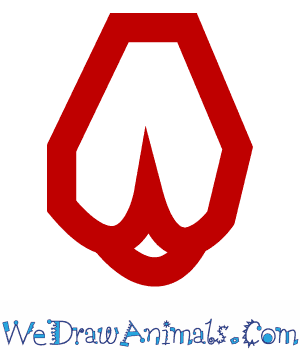 Step 1: First, draw the head. Thing of an upside down heart, with straight, sharp edges rather than curved. A small bump at the bottom will be the top of the face. 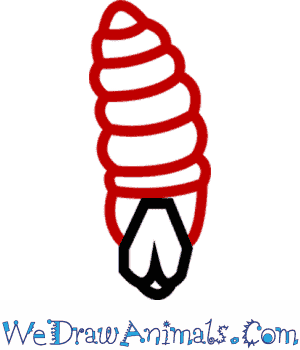 Step 2: Then draw the segmented body, using a series of long, round shapes that form an oval, tapering off where the tail begins. This portion almost looks like a caterpillar’s or slug’s body. 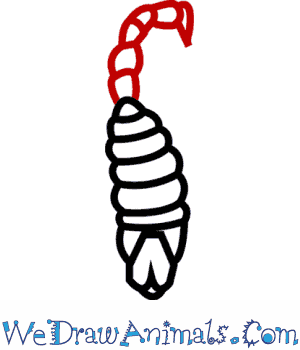 Step 3: Draw the segmented tail. This will be a lot like the body, but, of course, much thinner. Instead of long shapes, these will look more like kernels of corn, or teeth. Don’t forget to show the tail bending. 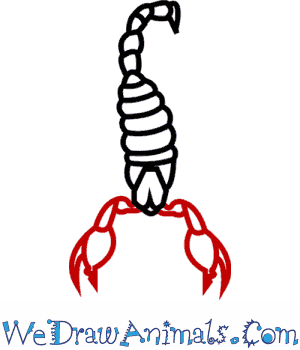 Step 4: Draw the pedipalps. These are the claws, which can be drawn as sharp hook shapes at the end of large round bulb or bean shapes. The “arms” are more long oval shapes, bent like an L. 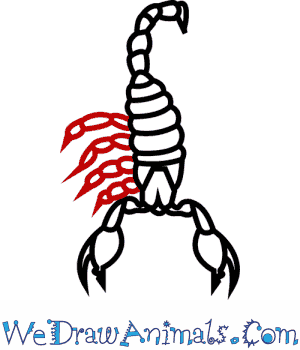 Step 5: Draw the left side legs. Each leg is a series of three oval shapes in a line, ending in a sharp point. 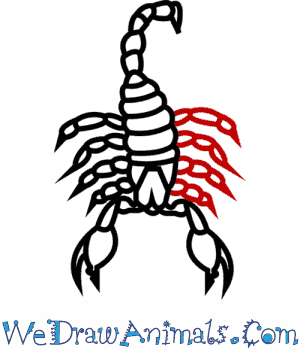 Step 6: Then, draw the right side legs. These will be a mirror image of the left side. There should be eight legs total.

Interesting Facts about the Emperor scorpion

The emperor scorpion is a type of scorpion that makes its home in the savannas and rainforests in West Africa. These scorpions are one of the largest of all scorpions in the world and will commonly live to be between 6 to 8 years old. Though scorpions are often feared by people, this one has a lower toxicity level than most which is one reason that these creatures are popular pets. 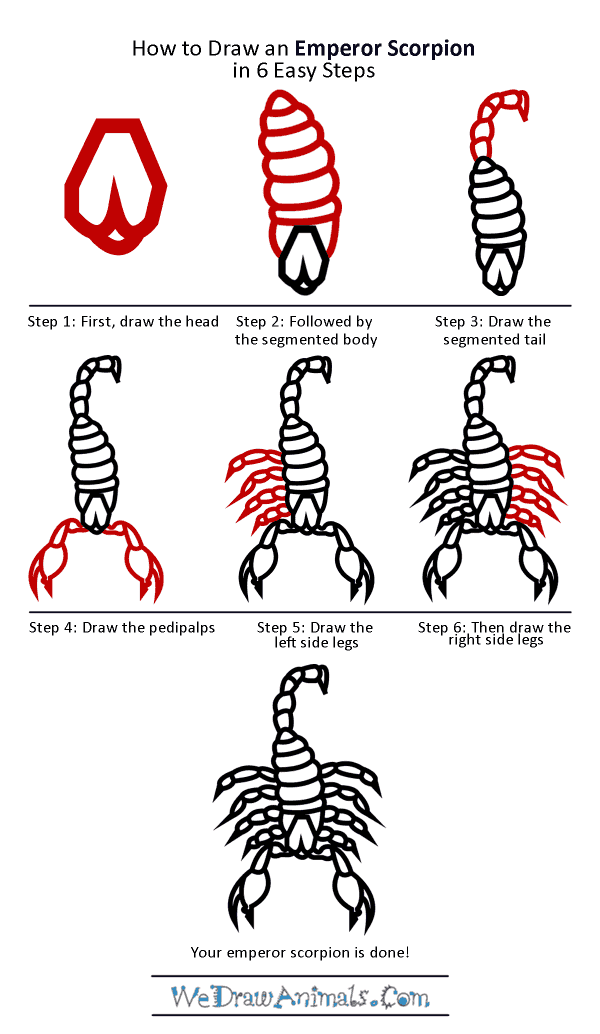 How to Draw an Emperor Scorpion – Step-by-Step Tutorial