How to Draw an American Crow 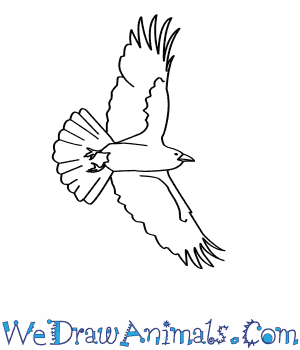 In this quick tutorial you'll learn how to draw an American Crow in 7 easy steps - great for kids and novice artists.

At the bottom you can read some interesting facts about the American Crow.

How to Draw an American Crow - Step-by-Step Tutorial 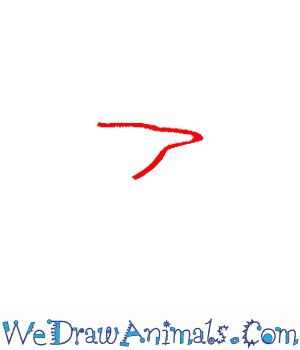 Step 1: Draw an open angle for the head. 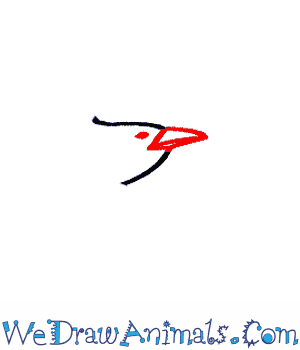 Step 2: Give it a face! Close off the point of the angle with a vertical line, and then draw a horizontal line through that point to define the beak. Add a dot to the side of this for an eye. 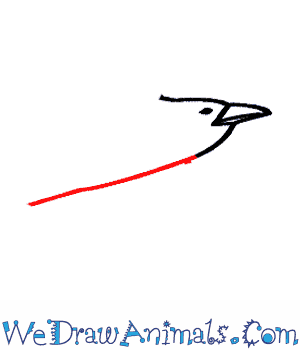 Step 3: Draw a line angling down from the bottom of the head for the body. 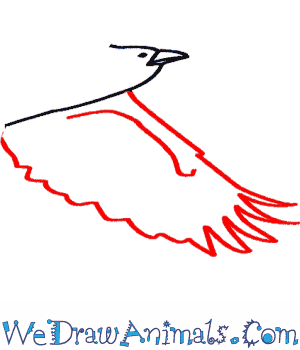 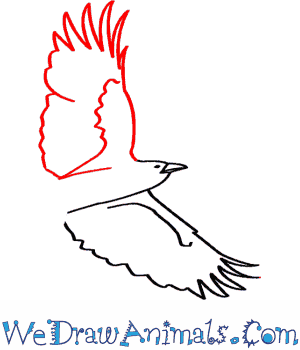 Step 5: Draw a small line behind the top of the head. Draw a mirror image of the first wing on this side of the body. Add a wavy line going from the bottom end of the wing to the top tip of the wing. 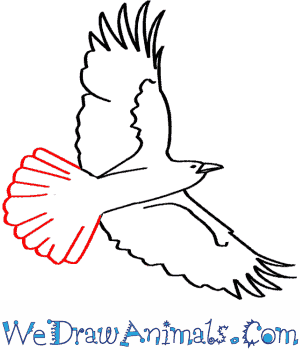 Step 6: Close off the gap at the rear end with a clam shell shape for a tail. In other words, draw a straight line from each end of the body, then connect the two with a wavy line. Add a few lines in the end of this shape. 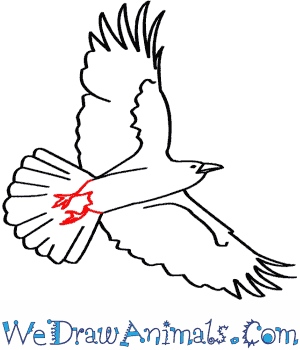 Step 7: Draw a W-shape in the end of the body with small star shapes attached to the bottom points for the legs. Done! You can color it all black.

The American crow is found commonly over much of the North American continent. They are large, all-black birds that are smart with a hoarse cawing sound. They are commons in fields, roadsides and treetops. Their habitat will range from open woods to town centers. The American crow will gather in large groups during winter to sleep in community roosts. These can be from a few hundred birds up to two million birds. Some have even been forming in the same area for over 100 years. Lately some of these have been moving to urban areas, where it is affecting issues with people, or people are moving in on the birds.

Crows will make and use tools including a cup to carry water over to a bowl of dry mash, shaping a piece of wood and sticking it into a hole to search for food and breaking off pieces of pine cones to drop on a predator climbing the tree near their nest. 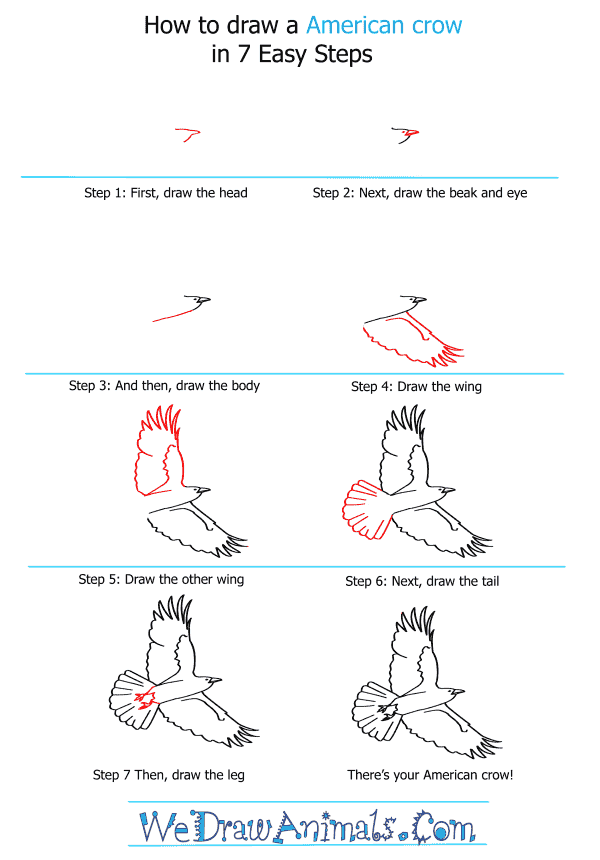 How to Draw an American Crow – Step-by-Step Tutorial

Previous post: How to Draw an African Spurred Tortoise